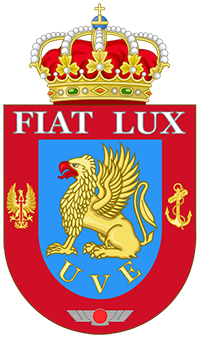 The Spanish Verification Unit is the independent joint operational unit in charge of conducting verification activities corresponding to the Armed Forces.

The mission of this unit is contained in the Ministerial Order 73/91, of 8 October, which creates the Spanish Verification Unit.

In the Preamble of said Ministerial Order, the members of this unit are part, depending on the specialisation required, of an Executive Unit as “a permanent differentiated joint operational unit”, in order to distinguish it from the personnel who provide services within the Joint Staff. The Unit will take part in those tasks needed for dealing with the commitments acquired by Spain in arms control, and it will verify that they are fulfilled.

Subsequently, Article 1 of the provisions included in this Ministerial Order states that…” those missions corresponding to the Armed Forces in terms of Verification, as a consequence of the International commitments acquired by our Nation, will be conducted by the Spanish Verification Unit from the Defence Staff. 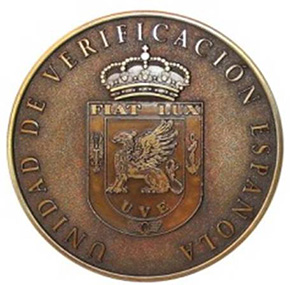 According to Order DEF/166/2015, the Spanish Verification Unit shall be responsible for planning, coordinating, controlling and executing the activities entrusted to the Armed Forces, in conjunction with those carried out by other bodies of the Administration, arising from the international commitments adopted by Spain in relation to disarmament, arms control and the establishment of confidence and security measures, as well as for verifying compliance by other States.

In order to comply with the foregoing, the UVE has the following tasks:

UVE requires well-trained personnel in order to successfully conduct missions with a very short activation process and specialised training. For this purpose, the following capabilities are needed:

The main training of the personnel is carried out in the Unit itself and in the NATO School in Oberammergau (Germany). The unit collaborates with the NATO School by providing teachers, being a real challenge that makes UVE proud, as it requires a perfect command of technical English and expertise in the subject to be taught, since it is necessary to give classes to students with a high level of previous knowledge.

Instruction and Training of UVE personnel is complemented with other activities such as exercises and bilateral instruction flights with allied countries, cooperation with other FAS Units for First-Aid courses, training flights in helicopters, visits to Units to prepare them for inspections, and other internal activities including language courses, material recognition courses, shooting, parades, etc.

As a result of the Treaty on Conventional Armed Forces in Europe (CFE), and after development of such negotiation in Vienna, from March 1989, the General Directorate of Defence Policies (DIGENPOL in Spanish) had the necessity of establishing an organic structure able to meet the obligations deriving both from the CFE treaty and the Stockholm Document. For that purpose, a two-level structure is conceived: one of management level, conducted by DIGENPOL and another one executive, under the Joint Defence Staff (EMACON in Spanish) and the Army Headquarters.

In March 1990, by Order from the Ministry of Defence, a work group was created which proposed a first design of organization of a verification system, assigned tasks to DIGENPOL, Defence Staff (EMAD in Spanish), Army, Navy and Air Force Headquarters, and created a Verification Cell within each of them. From this group, the proposal of an inspection/escort unit arose, thus considered the UVE´s germ. At the same time, the Ministry of Foreign Affairs, following a letter sent by the Minister of Defence communicating the organization´s status regarding Defence verification and the necessity to coordinate this matter between both Ministries, expressed its intent to create a Sub-Directorate for Disarmament Affairs.

Following approval of the creation of an inspection/escort unit, and once an initial verification system was established through the allocation of responsibilities, operational lines were defined, being in some cases characteristic features of the UVE´s modus operandi. Among them, we can highlight performance in accordance with regulated procedures, which are agreed in advance by participating bodies, and decentralization in the execution by each team, both at the inspection and escort levels.

The need for having a communication system was considered to be of great importance, conceiving the possibility of multiple uses: information exchange, data processing, notifications, etc. Also, given the short time period established for processing the different procedures, it was also considered the need for establishing a permanent alert system which would be able to respond within three hours to a notification made by another country expressing the intention to conduct an inspection in Spain within the following 36 hours.

In September 1990, for the development of verification standards, guidelines were established assigning tasks to UVE, and mentioning it as a recently-created unit. However, this fact did not occur until a year later, even though on 20th September 1990 (BOD 190), General Víctor Suanzes Pardo was appointed Chief of the Verification Unit. From that moment, all the competences related to elaboration and maintenance of information fell under the competence of the EMACON Verification Cell.

Annexed to the aforementioned guidelines, the proposal also establishes a division of Spain into inspection districts with two entry/exit points, the limits for deciding the kind of transport to be used by the escort team and the support given to flights conducted over those identified places with Army helicopters. This resulted in a first draft of a general operational standard.

As a result of this preparatory activity emerged the Organizational Structure 90/02, which today is still the most important basic document, since it is signed by the Chief of Defence Staff (JEMAD) and countersigned by the Ministry of Defence. It regulates tasks endorsed by the Ministry of Defence organisms in relation to the active and passive inspections, together with one important aspect that is the establishment of the UVE internal structure under the command of a General; in addition, the EMACON´s responsibility for maintenance of a database is also established. Shortly thereafter, in January 1991, the General Instruction 02/91, regulating internal procedures for development of information exchange in the Kingdom of Spain, was signed.

But certainly, the most significant event during 1992, given the commitment of the Eastern European countries to ratify the CFE Treaty, was the UVE´s creation by Ministerial Order 73/91 of 8 October 1991.

July 1992 saw an event that would definitely foster the development of the Unit: the decision taken by the States signing the CFE of its provisional entry into force. Despite all the preparations, this fact took by surprise the unit, since they had an insufficient number of troops to cope with the workload expected at that time; for that reason, personnel were seconded in September, being definitely assigned in December.

From then on, the unit found itself into an intense activity, since in December 1992 it was also in charge of those verification activities of the Vienna Document in which the unit had previous experience, taking into account that in October 1991 the first activity regarding the application of this document was conducted: evaluation of the Cavalry Brigade Castillejos No.2 in Zaragoza by a team from the URSS. Regarding CFE, it was needed, before proceeding during the following three years to the reduction to the agreed limits, to validate data on the existence of armament limited by the Treaty; said period was known as “base validation period”.

During the CFE period, known as “reduction period”, a great effort was made, since a quantity of armament higher than the one destroyed during the Second World War, was rendered useless.

The unit´s internal organization was also adapted to this new situation. The inspection team lost its permanent role regarding its composition and evolved into a more pragmatic and at the same time efficient mode of action, from a functional point of view. The rotation of inspectors in multiple tasks, according to their mission, enables full knowledge of the different consequences of executing a verification mission.

The end of the reduction period, in 1995, gave way to an intense activity phase of application of the CFE Treaty. Within four months, as many inspections as those that may be conducted during an annual cycle, were realised. The protagonists of the “residual level validation period”, as this phase was called, will remember it as a permanent state of availability to pack and unpack personal luggage.

Following the new integration of the Verification Cell into UVE, returning to EMACON from 1992, the unit commitment to the function of advising the command regarding arm control increased.

The situation reached after the signing of the Dayton Agreement in the Balkans, giving rise to a verification regime partially inspired by CFE and the Vienna Document, offered UVE the possibility of taking part as an assistant of the teams composed by the parties involved in a conflict.

The entry into force of the Chemical Weapons Convention, signed in Paris in January 1993 and ratified by Spain in August 1994, led to the creation of the National Authority for the Prohibition of Chemical Weapons (ANPAQ in Spanish), by Royal Decree of 12 May 1997, being a collegiate body chaired by the Undersecretary of Foreign Affairs, a General Secretariat included into the Minister of Industry and Energy, and a Working Group. In this way, a new body is created, competent in verification issues, as well as an inspection regime, created by experts from the international Organization for the Prohibition of Chemical Weapons (OPCW), and with the participation of UVE as a support body, due to its experience in verification, since the unit had already performed an exercise related with this activity at the Naval Base of Algameca (Cartagena).

A fact of great impact on the UVE´s financial side was that, from 1998, military aircraft was replaced by commercial airlines for the movement of inspection teams. This was a practice already applied by other CFE members for some time. This fact did not mean in any way the end of the valuable contribution to the verification activities given by the Spanish Air Force. Soon afterwards, the air observation system for the Treaty on Open Skies, known as “sensor´s pod” was delivered to the allied group participating in the consortium formed in 1994 through a Memorandum of Understanding (MoU). Spain made an important contribution to the system equipment by providing four aerial cameras, with a cost of 22 million pesetas (132,500€).

After executing compatibility tests with the aircraft “Hércules”, which had previously undergone a modernisation process in avionics and self-protection systems, the first operational activities were carried out with this aircraft, preceded by flights for data collection in order to determine the minimum height required for the sensors.

On 1st January 2002, the Treaty on Open Skies came into force, and since then, both active and passive observation flights are conducted.

In January 1998 and by application of JEMAD Organizational Instruction 1/98 on “organization of EMAD Headquarters”, UVE became dependent on the Strategic Plans Division (DIVESPLA). In June 1999, UVE moved from its section into the Defence Staff to its current location at the Defence Group of Schools in Madrid.

UVE is in charge of conducting verification and assessment activities, maintaining functional relation with the following bodies:

Summary of activities executed by UVE