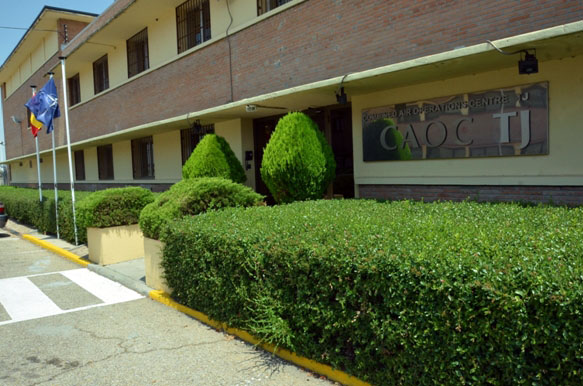 The NATO Combined Air Operations Centre in Torrejón de Ardoz (CAOC TJ) is an international unit of the NATO Command Structure (NCS) which, under the command of a Lieutenant General of the Spanish Air Force, has the mission of planning, directing, coordinating, supervising, analysing and reporting on the air defence operations of the means assigned in peace, crisis and conflict scenarios, following the directives of the NATO air component in its area of responsibility.

A second, and also essential, mission of the CAOC is to have the capacity to activate an air component command structure for crisis and conflict management in any other location far from our national territory.

At the 2010 Lisbon summit, the Heads of State and Heads of Government of the Atlantic Alliance agreed on the implementation of the new NATO´s strategic concept, which will serve as the organization roadmap for the following ten years. This new concept will become actual fact during the Defence Ministers meeting of June 2011, thanks to the NATO Secretary General´s proposal for a new command structure and geographic distribution of NATO´S headquarters.

He was born in Madrid on August 1st 1959, married, two children.

•     Participating and briefing numerous Board of Directors of a NATO Agency

•     Responsible of Force Protection training and exercises within the Air Force

•     Control and Coordination of Flying Safety in Spanish Air Force

With the aforementioned reduction of NATO air control centres, the CAOC TJ had to integrate the capabilities of the five control centres that the Alliance had in the South, prior to the 2010 Lisbon Summit.  The airspace of responsibility was thus expanded in order to cover the space comprised from the Azores Islands to Romania, and from the Canary Islands to Turkey.

This implies that, under the CAOC TJ responsibility area, are included Portugal, Italy, Greece, Turkey, Bulgaria, Romania, Hungary, Slovenia, Croatia, Albania, Montenegro, Spain and the southern half of France. This area covers around 6.500 kilometers from east to west, the Mediterranean Sea, Black Sea and part of the Atlantic Ocean.

The responsibility area is bounded to the south and to the east with other NATO friend and allied countries, as well as with some growing instability areas.

CAOC TJ emblem reflects this geographical dimension, by representing the Pillars of Hercules and the Bosporus as towers, both of them with doors and connected by the air defence wall in the Mediterranean, which is responsibility of CAOC TJ.

CAOC Torrejón has been accomplishing its mission since the beginning of 2013, evolving by means of an adaptation scheme from the former CAOC 8 to the new Alliance structure. The Center gradually assumed air defence of the different countries within its area of responsibility. For this reason, all the equipment, command and control systems have been modernised, achieving full operational capacity in October 2014, being thus the first unit of the new structure to reach such full operability. 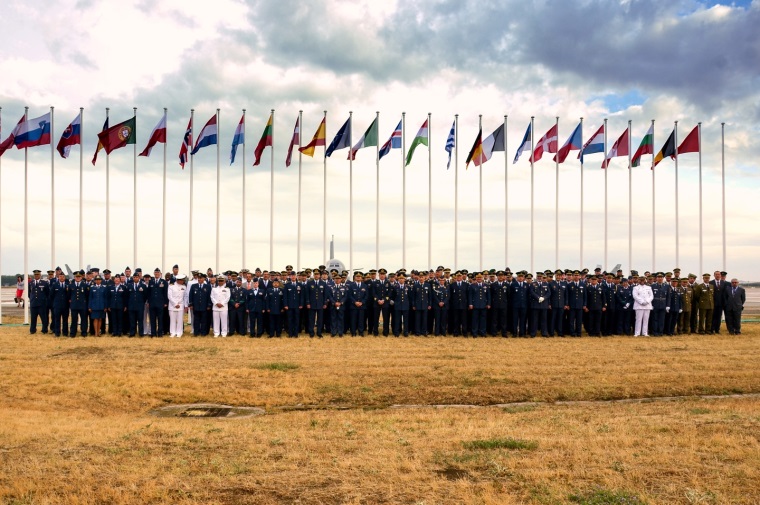 185 people from 19 countries are working at the CAOC Torrejón. In addition, the CAOC TJ has the support of a detachment from the NATO Communications and Information Agency (NCIA), together with a number of Spanish national support units (NSE) and personnel from other countries working at the CAOC, being thus about 300 the total number of personnel assigned to the CAOC. Spain, as the host nation, covers a considerable part of the positions in these bodies.

This list of countries is a sample of the multinational environment in which the center develops its mission to face the air threat, which due to its speed characteristics, requires perfect coordination and teamwork between the countries represented in the CAOC and the means available to the Alliance. 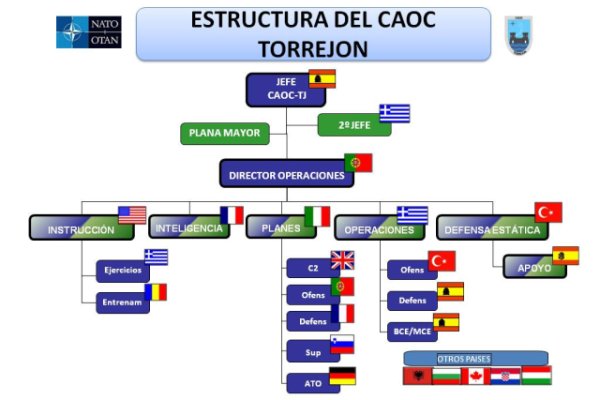 The Centre is structured in two main sections: one is deployable on the occasion of a crisis and the other one is static and focused on the NATO territory air defence.

The first section includes the Instruction, Intelligence, Plans and Operations Divisions. This section can adapt to the nature and entity of the operation in a flexible manner. The static part is responsible for achieving the main objective of Air Defense of the countries of the Alliance, according to the NATO Integrated Air Defense and Missile System (NATINAMDS).