NATO, Türkiye, Spain and Romania hoisting at Aksaz base

On 10 January, the Aksaz Naval Base hosted the solemn hoisting of the NATO, Turkish, Spanish and Romanian flags for the High Readiness Maritime Headquarters (HRF-M HQ), known as TURMARFOR.

This headquarters is a deployable Naval Staff offered by Türkiye to NATO throughout 2023, with the capability to exercise command and control of naval forces assigned to it by NATO up to a Task Force entity.

The event was presided by Rear Admiral Huseyin Tigli, Head of TURMARFOR and Turkish Surface Action Forces, accompanied by Rear Admiral Neslim Eski, 2nd Head of TURMARFOR and Head of Surface Action Group South. The hoisting was in recognition of all those countries that have sent officers in support of this General Staff, and the flags will remain permanently flown at the naval base.

This type of staff requires the essential element of multinationality in order to be certified. In this sense, Spain was the first country to respond to Türkiye's request, sending one of its officers on a permanent basis. Thus, for the past year and a half, frigate captain Ricardo López Nieto has been stationed there, performing his duties in the Plans Section

The training of the Chief Staff took place throughout 2022 and the unit was evaluated during the Dynamic Mariner-22 exercise in the waters off southern Türkiye, involving 50 warships, as well as numerous submarines and aircraft.

Having passed its evaluation and certification process, this HRF (M) HQ is ready to perform the missions NATO assigns it to defend Alliance values and maintain the security of NATO allies. 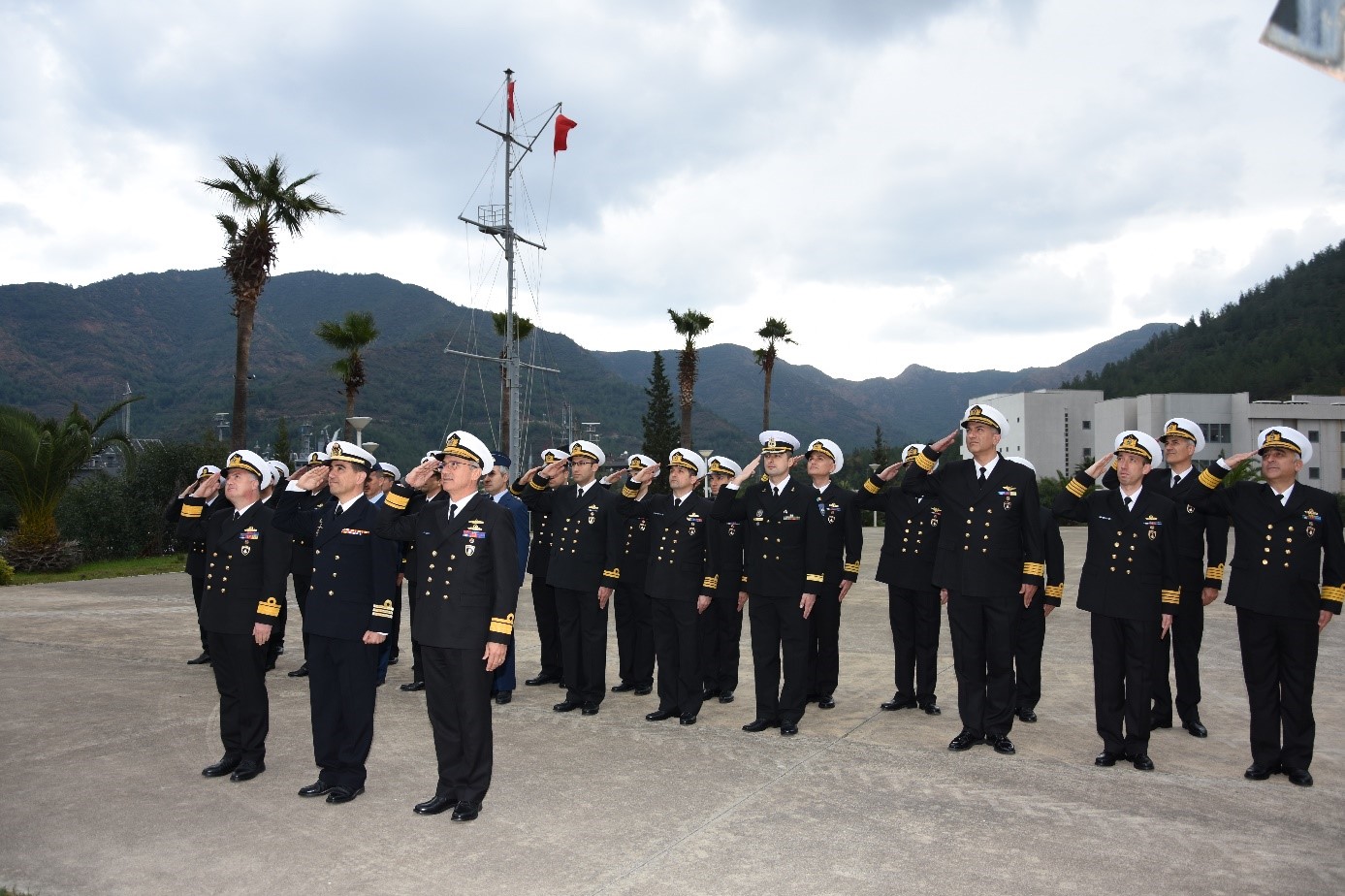