In addition to participating actively within NATO's framework, both in permanent positions within the organisation and in operations, Spain is constantly raising awareness and projection within the allied framework. On this occasion, 10 military attachés from NATO member nations accredited in Spain visited the Joint Cyberspace Command (MCCE) at the Retamares Base (Madrid) to learn about the Command's current situation.

After being welcomed by Major General Rafael García Hernández, Commander of the MCCE, the attachés attended a conference in which the general gave a detailed overview of the current situation and the work of the Command, so that the visitors could have a broad vision of everything that takes place in the Command. In addition, since the Command is a relatively young organisation, the future projection of a unit of this nature was discussed, especially taking into account the great specific weight that cyber operations have today, as well as the dramatic effect that a cyber threat can eventually cause.

The general gave several examples of the threats that this Command faces in order to raise awareness among the attachés.

During the talk, some common issues among NATO member countries were clarified.

After the conference, the delegation visited the Command's most characteristic facilities, CyOC and COS. The main objective of these facilities is to guarantee the unit's 24/7 operability, and have the capacity to monitor cyber threats day and night, regardless of the circumstances. Since the Command was involved in the execution of the JFX-22 exercise at the time, the delegation was able to see first-hand what happens in a cyber unit during operations, as the CyOC was fully operational at the time of the visit.

These types of collaborations and visits reinforce Spain's integration into NATO, showing our country as the reliable and committed partner. Moreover, given the nature of the Joint Cyberspace Command, our country can assure its allies that the Armed Forces have a first-rate cyberspace capability, capable of dealing with any cyber threat that attempts to affect the control of our network. 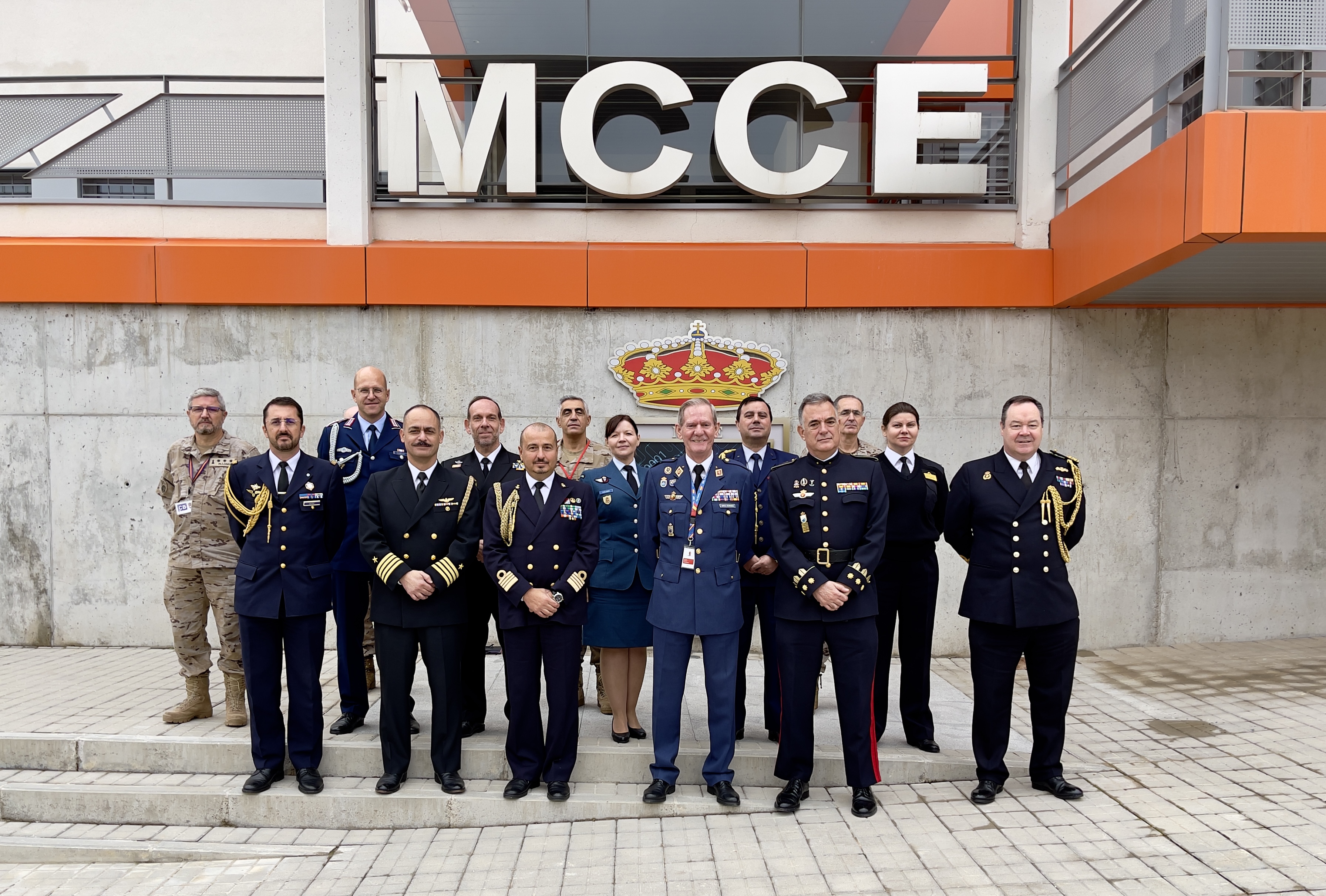