The Ambassador of Hungary to the Kingdom of Spain Katalin Tóth has visited last Wednesday the Counter Improvised Explosive Devices Centre of Excellence (C-IED CoE) in Hoyo de Manzanares, Madrid.

During her visit she was accompanied by the Embassy's Defence Attaché, Colonel Sándor Tilaji. On her arrival at the C-IED CoE she was received by the Director, Spanish Army Infantry Colonel Jose Antonio Cruz Moro and greeted CoE staff, including representatives of the 12 nations participating in the CoE.

The Director explained to the Ambassador the characteristics of the C-IED fight, the tasks and organisation of the CoE, as well as the Centre's research projects and collaboration procedures, in which the Ambassador showed interest, even asking what the procedure would be to increase participation in the COE.

Regarding Operations, the Ambassador expressed her concern about the situation in the SAHEL region and on the Alliance's eastern border.

Afterwards, the Ambassador signed the C-IED CoE Book of Honours and toured the facilities.

Finally, the Ambassador and her attaché had a meeting with the Hungarian contingent of the Centre, led by Lieutenant Colonel Krisztián Végh.

The Centre is currently staffed by personnel from the 12 NATO-sponsoring nations: Spain, Germany, the Czech Republic, the United States, France, Greece, Hungary, the Netherlands, Portugal, Romania, Sweden and Turkey. Hungary has been a participating nation in the CoE since its inception and contributes a Military Officer to its structure. 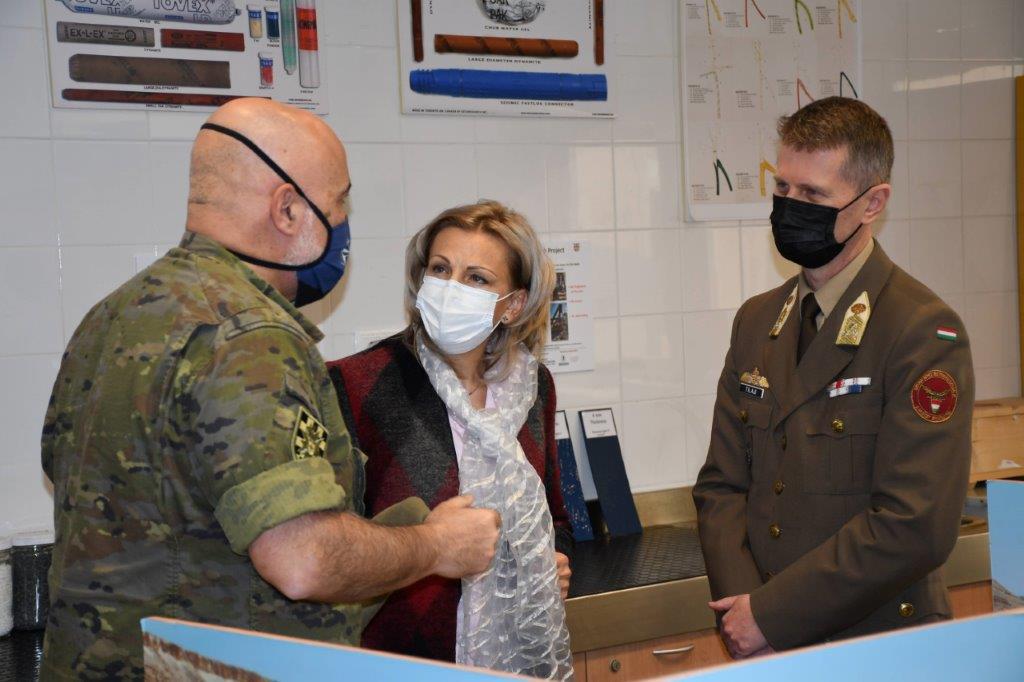 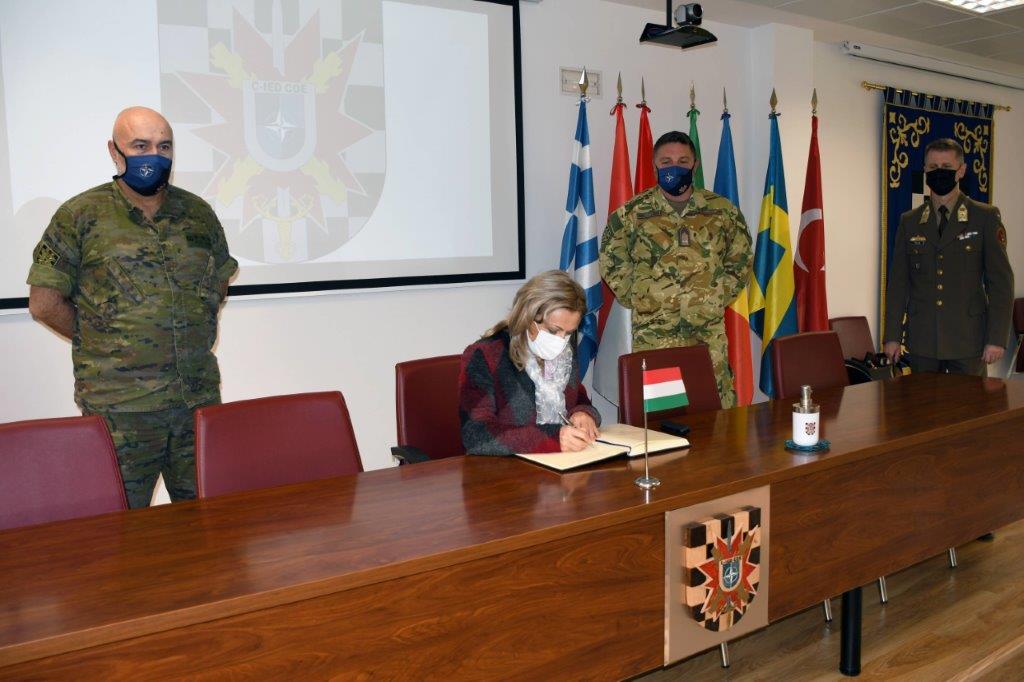