Chief of Defence, Air General Miguel Ángel Villarroya, has closed the first seminar on Armed Forces Support to Civil Authorities in the Gray Zone, which was held at the Operations Command from December 15 to 17.

"After three days of intense effort through the different working groups, you have tried to identify the main areas where the Armed Forces can support society in respect of what Hybrid Threats entail", CHOD stated. "After the presentation of the conclusions of the seminar," he added, "I believe that you have achieved the objective set and that your work will serve to advance future contingency planning and strengthen relations among the Armed Forces and the different civil authorities."

"Threats that, although they are not new, do have, nowadays, a great role and that are related to what is called 'Gray Zone', a term that establishes the border area between peace and crisis situations," air general Villarroya highlighted.

CHOD explained that the term 'Gray Zone' is the part of the spectrum where several actions converge, with a greater or lesser degree of ambiguity, "seeking to create a climate of misinformation and confusion to provoke destabilization through cyberattacks, information manipulation actions, sabotage or riots, usually in a low intensity environment”.

Therefore, the ‘Gray Zone’ is not the future, it is the present, because we are already in it, and from this point of view we must work on the integration of all State instruments. “It is the area of uncertainty, a problem which requires a comprehensive approach by all the stakeholders”, as stated by the MOPS Commander, Lieutenant General Francisco Braco, during the opening session. "A seminar that is the first, but that will not be the last because we must advance on this issue," he concluded.

Colonel Ricardo Esteban, head of the MOPS Operational Planning Section, in charge of coordinating the seminar, acknowledged that uncertainty and unawareness require increased cooperation among all agencies. "For this reason, true success will only be achieved through a comprehensive approach to the problem through all the State powers, represented in this forum."

The forum brought together, virtually for the protection measures against COVID19, about 160 attendees, of which 100 were military and 60 civilians, all of them players involved in enhancing responses to the new hybrid threats of the gray area.

It can be considered that the initial objectives of the seminar were satisfactorily achieved, but we must continue to advance in integration by developing part of the proposals and initiatives raised. "It is necessary to keep an open forum permanently," concluded Colonel Esteban.

In order to achieve the objectives, the seminar was divided into plenary sessions and working groups. Said working groups focused on the ‘Armed Forces Support’, in their collaboration with civil authorities and integration within the response mechanism to hybrid threats; in the ‘Cooperation in common spaces’, focused on the international framework of global common spaces in which the gray area operates; the ‘Fight against disinformation’, in a context of hybrid threats within the cognitive field, which is the real recipient of these new threats; the ‘Cooperation in cyberspace’, in which capabilities and options for action were studied; and, finally, in the ‘Command and Coordination Relationships’, led by the Department of National Security, to define and take into account when dealing with crisis management within the framework of the National Security System (SSN in Spanish). 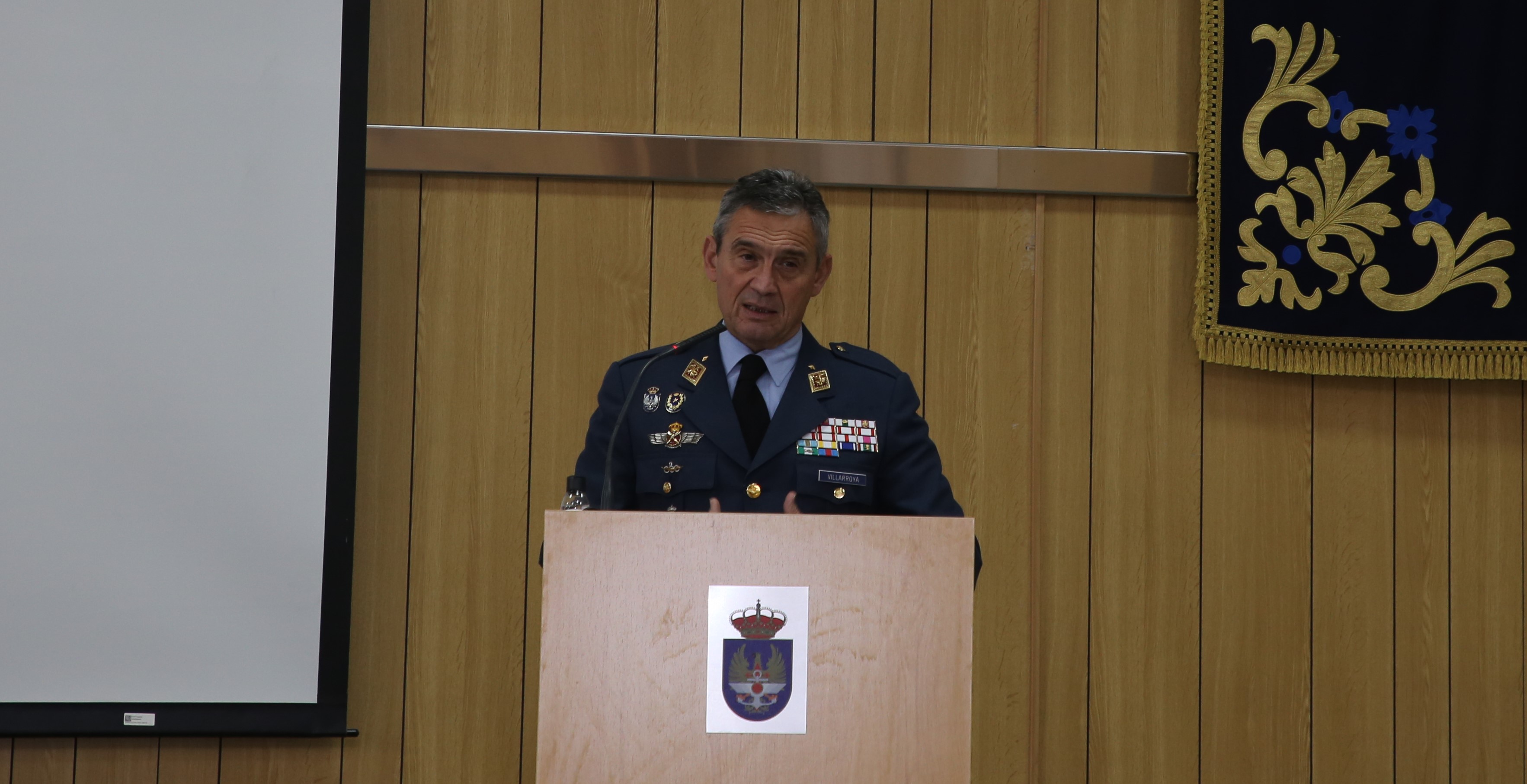 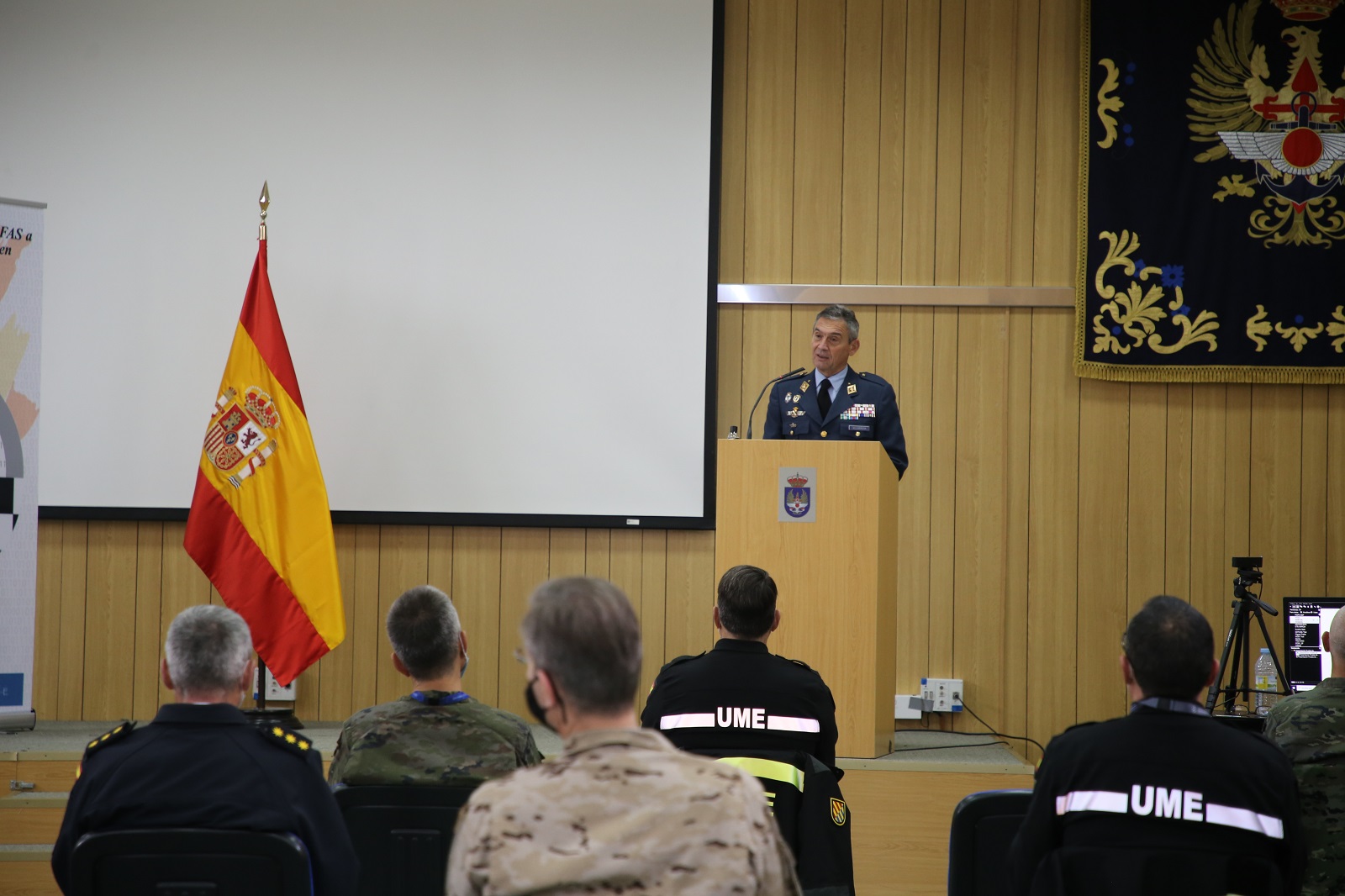