The Air Force maintains its capabilities to support Armed Forces’ deployments in international operations on a permanent basis. In order to achieve its mission, it has units ready to carry out air evacuations of Spanish soldiers deployed in any of the missions in which the Armed Forces participate 24 hours per day, seven days a week.

45th Group, 31st Wing and 35th Wing Transport Units along with the Air Evacuation Medical Unit (UMAER in Spanish), work in a coordinated manner to be able to carry out this type of medical evacuation if necessary.

The main mission of the UMAER is the medical evacuation in Air Force aircraft, with its members integrated as part of the crew. These are evacuations, both in national and international territory, that guarantee the transport and stabilization of personnel if necessary.

The evacuations are mainly carried out by the T-22 (Airbus 310) and the T-18 (Falcon 900) of the 45 Group that, with specific means, ensure evacuation and stabilization to the appropriate health centres.

In 2020, the Air Force carried out 14 medical air evacuation missions.

This type of mission requires a high level of specialization, especially in respect of the medical personnel, as well as the adaptation of aircraft to be equipped with MEDEVAC capacity.

Air evacuations, also due to COVID-19

Due to the COVID-19 pandemic, the Air Force has certified all its transport aircraft and helicopters for evacuations of COVID-19 patients.

An air evacuation carried out on operations this year was a Spanish soldier deployed in the European Union Training Mission in Mali (EUTM Mali) positive on COVID-19. During the evacuation, on a medicalized T-22 (Airbus A310) aircraft of the 45th Group, all preventive measures were taken to prevent the transmission of the coronavirus.

Another Spanish serviceman was evacuated from Sigonella on a T-21 (C295) from 35th Wing, which transported the medical crew and the patient to Torrejón.

Recently, the UMAER medicalized a T-18 of the 45th Group to carry out the evacuation from Beirut of an Army soldier who, once he arrived in Torrejón, was transferred in an ambulance to the Hospital Central de la Defensa Gómez Ulla in Madrid.

These air evacuations are a sign that teamwork provides great capabilities to our Armed Forces. 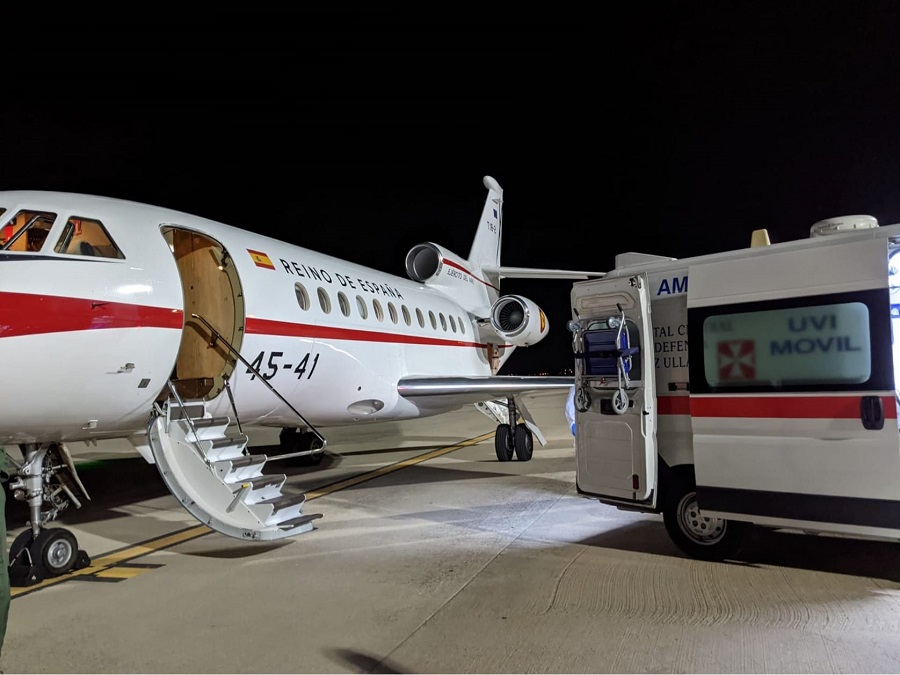