The Joint Cyberspace Command (MCCE in Spanish), the Army and the Air Force took part in NATO's exercise "Cyber Coalition 20" held between November 16 and 20.

The MCCE, as responsible for the defence operations related to the Ministry of Defence’s networks and Information Systems, led the Spanish component in this allied exercise. Its goal is to test the defence capabilities and coordination with other NATO nations in the field of cyberspace.

The exercise was conducted from the MCCE facilities at the Retamares joint base, including the activation of the Cyber Defence Command, Control and Driving Centre (C4D in Spanish) as a command post and acting as the Computer Emergency Response Team (CERT) of defence against other authorities.

During five days, a scenario of a NATO mission was simulated in a fictional country with a high cyber threat, where networks and critical infrastructures had suffered several cyber-attacks.

The purpose of the ‘Cyber Coalition 20’ was to promote collaborative resolution of the different cyber incidents and coordination at the operational level among the participating countries and with NATO's Cyber Operation Centre (CyOC). Likewise, the exercise aims to validate action protocols and test tools in order to improve their effectiveness.

The Joint Cyberspace Command (MCCE in Spanish) is the body responsible for planning, management, coordination, control and execution of operations to ensure Armed Forces’ freedom to act in the cyberspace field. To fulfil its mission, it plans, manages, coordinates, controls and executes military operations in cyberspace, in accordance with the operational plans in force. In the field of these operations, it carries out the necessary actions to guarantee the preservation of physical, logical and virtual assets critical for Defence and the Armed Forces.

MCCE also ensures CHOD’s authority over the Defence Comprehensive Information Infrastructure (I3D) within the operational scope. It cooperates along with the Joint Staff, and the Defence Staff HQ, on the Ministry of Defence’s digital transformation.

MCCE is responsible, along with the Joint Staff, for the definition of operational requirements, monitoring of procurement and maintenance of the resources for cyber defence’s CIS, command and control, electronic warfare and navigation, identification and earth observation systems, ensuring the interoperability with those specific for Army, Navy and the Air Forces. Also, MCCE provides CIS support to the Defence Staff HQ.

The Commander of the Joint Cyberspace Command is Major General Rafael García Hernández. 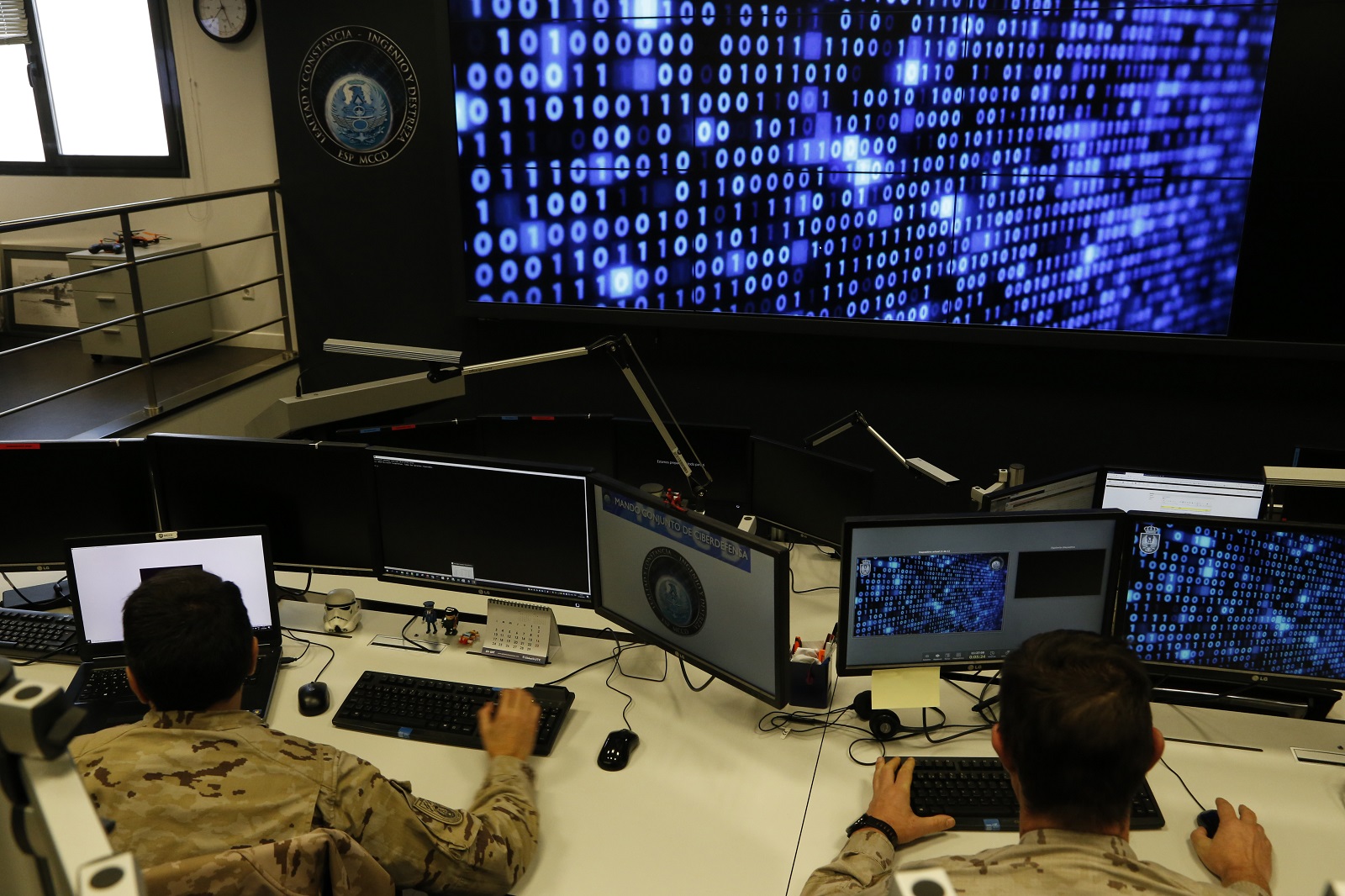