"Iraq mission", a reality embodied in the sketches of painter Augusto Ferrer-Dalmau

the event, chaired by the Minister of Defence, Margarita Robles, painter Augusto Ferrer-Dalmau has presented his latest work, a book of sketches that he carried out "embedded" with the Spanish troops deployed in Iraq, with contributions from the former member of MOPS, Colonel Juan Bustamante Alonso-Pimentel, who accompanied the painter on his journey.

The presentation was co-chaired by the president of Casino de Madrid, Rafael Orbe Corsini, accompanied by the Chief of Defence, Air General Miguel Ángel Villarroya Vilalta, and the Commander of the Operations Command, Lieutenant General Fernando López del Pozo, among other civil and military authorities.

"This event is basically about Operations. Actual Operations that Armed Forces carry out far from our beloved Spain. A reality that is captured in each of the paintings and sketches that our battle painter, Augusto Ferrer-Dalmau, makes of our missions. Not only they are realistic from a technical point of view, but they aim to truly reflect what happened or is happening. They are looking for the essence, the spirit... and he does this by trying to be one of them," this is how the MOPS Commander described the painter's work.

Augusto Ferrer-Dalmau Nieto had the opportunity to experience the work of the Spanish servicemen in Iraq on the frontline, “thanks to his role, he has been able to perceive, touch, impregnate and capture the spirit and work of our troops”, stated Lieutenant General Fernando López del Pozo. Iraq is the area of operations and the "mission" Augusto was projected. "Iraqi names such as Besmayah, Taji, Al Taqqadum or Al Assad will remain in the history of our Armed Forces along with Diwaniyah or Najaf, who witnessed our presence 15 years ago," said CMOPS.

In addition, Ferrer-Dalmau personally experienced, “two common operations executed by our soldiers,” the CMOPS continued, “so that he could feel the risk closer, as requested. Thus, the story line of the book runs through these two real operations, but using a figurative name, including the helicopters and the Besmayah training base”.

The story is narrated by Colonel Juan Bustamante Alonso-Pimentel, who spoke of the importance of this work, especially so that society know the work of our soldiers, "always for the safety of all."

But he did not want to overlook the moments lived together with Ferrer-Dalmau “in which emotions were part of Art, in capital letters. What is essential is to convey emotions. In order to write this book, it was necessary to know what the painter, Augusto, felt at all times, to see how reality was born from his hands

Augusto Ferrer-Dalmau Nieto wanted to thank our military for their work, especially in operations, "which makes me proud as a Spaniard".

"I have been on six missions and all have been special. I knew I was missing the Iraq mission and seeing all the action and reality of our troops. I didn't want to miss anything so that people wouldn't think that it's just a picture, that there's much more and that they are our soldiers. My intention is that people feel the work of our soldiers as our own," said the battle painter.

Margarita Robles, as Minister of Defence and also as a lover of culture, closed the ceremony by recognising the work of all artists "who are capable of capturing feelings and emotions in their works". "I want to thank Augusto because he has always been with the Armed Forces, but especially now on your visit to Iraq. With your painting you are helping society to get to know the preparation, the effort, the work and the humanity of our men and women who are deployed for the safety of all of us", said the Minister of Defence.

Finally, she wanted to acknowledge to the more than 120,000 men and women of the Armed Forces, who have been providing security to Spaniards for over 30 years of missions. Likewise, she wanted to thank the painter "for the emotion that emerges from his sketches, in which you can see the dedication and generosity with which our military work." 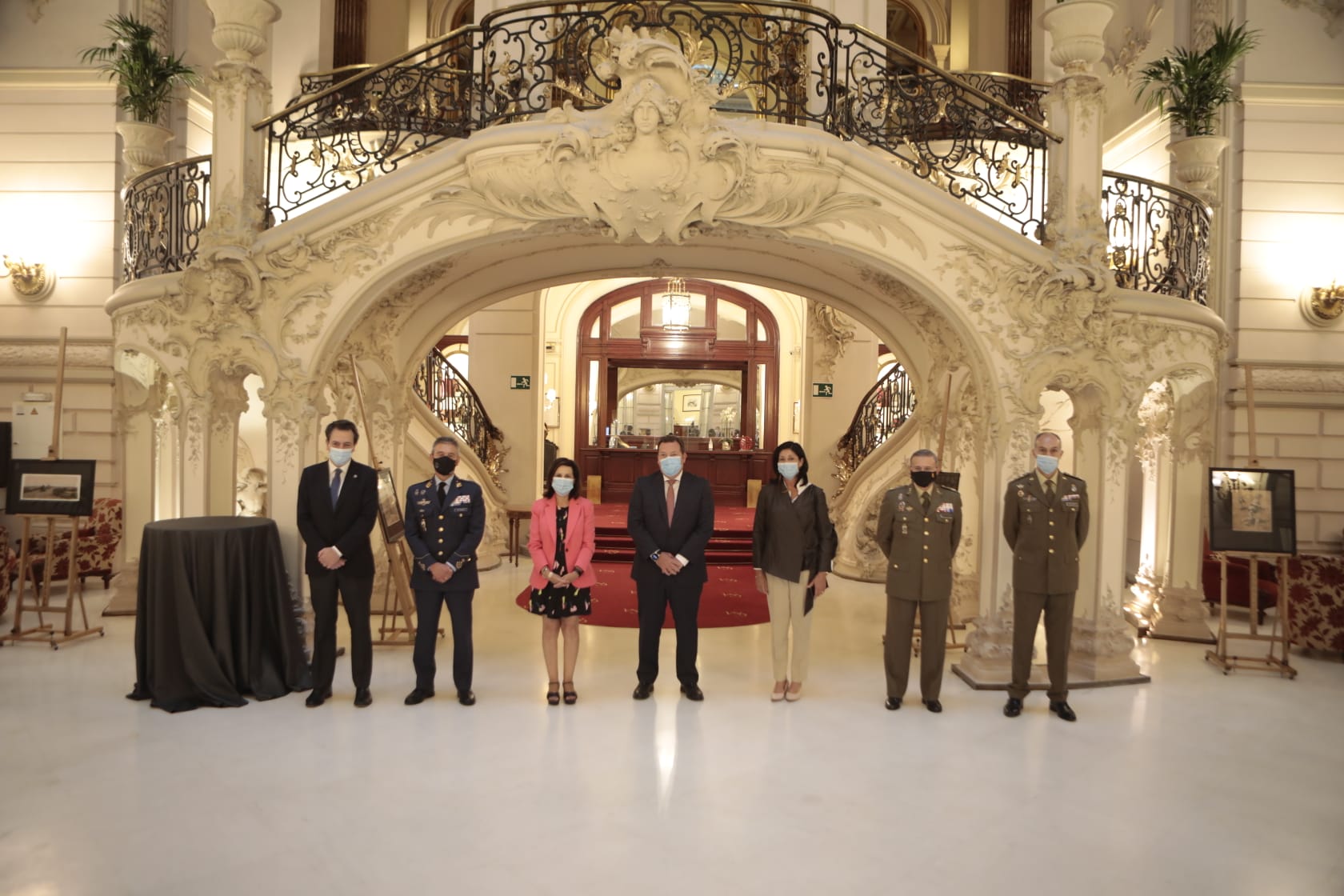 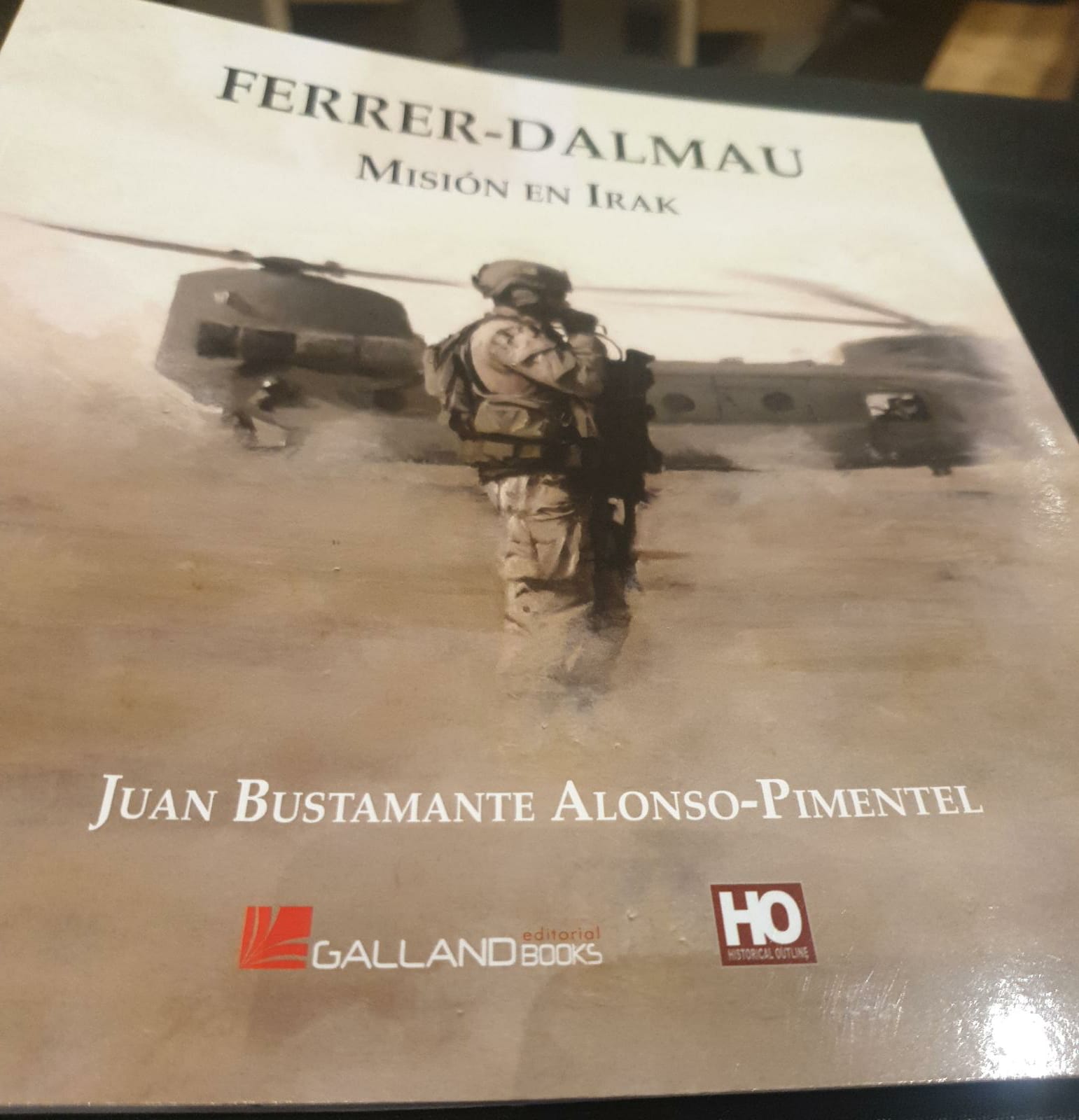 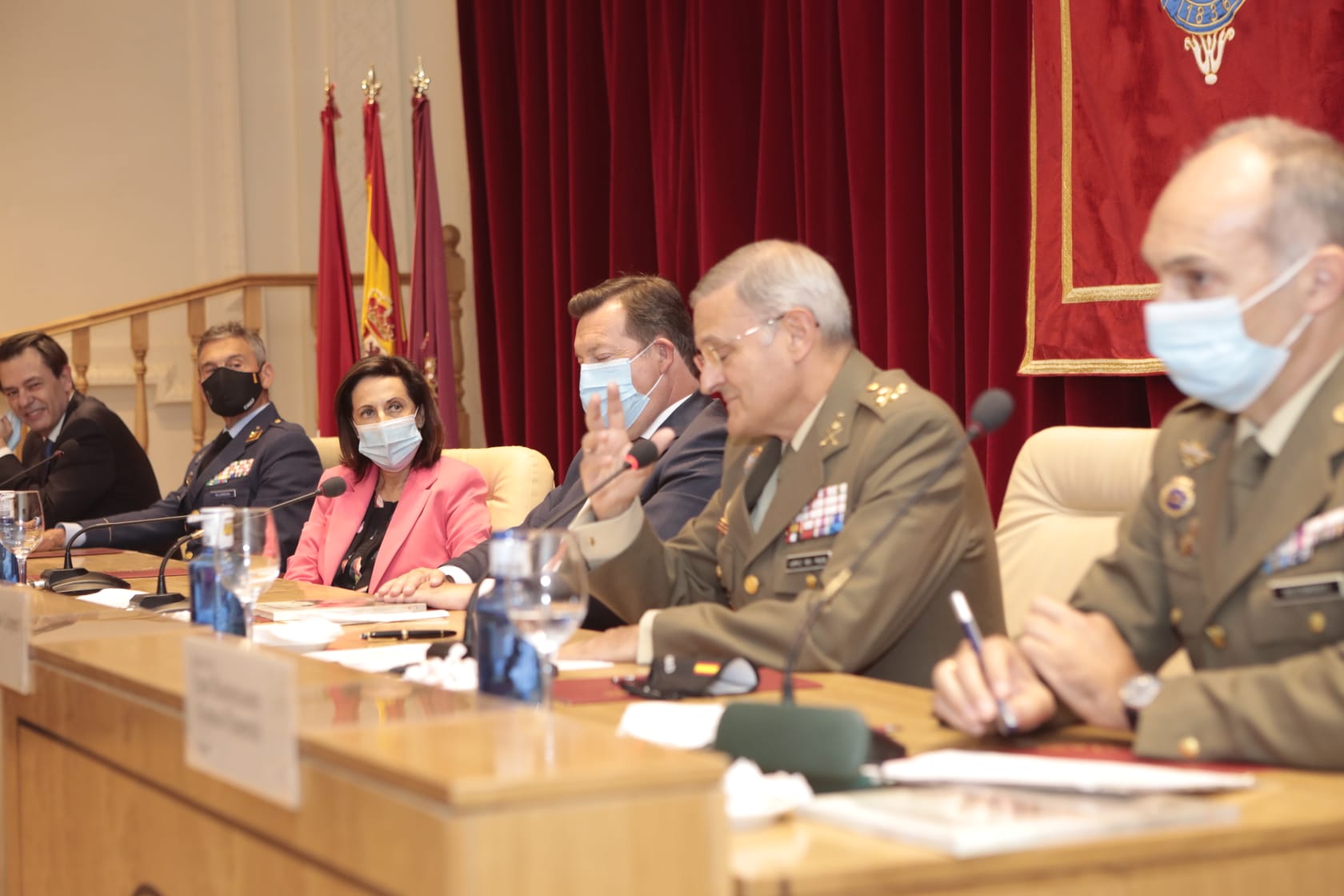 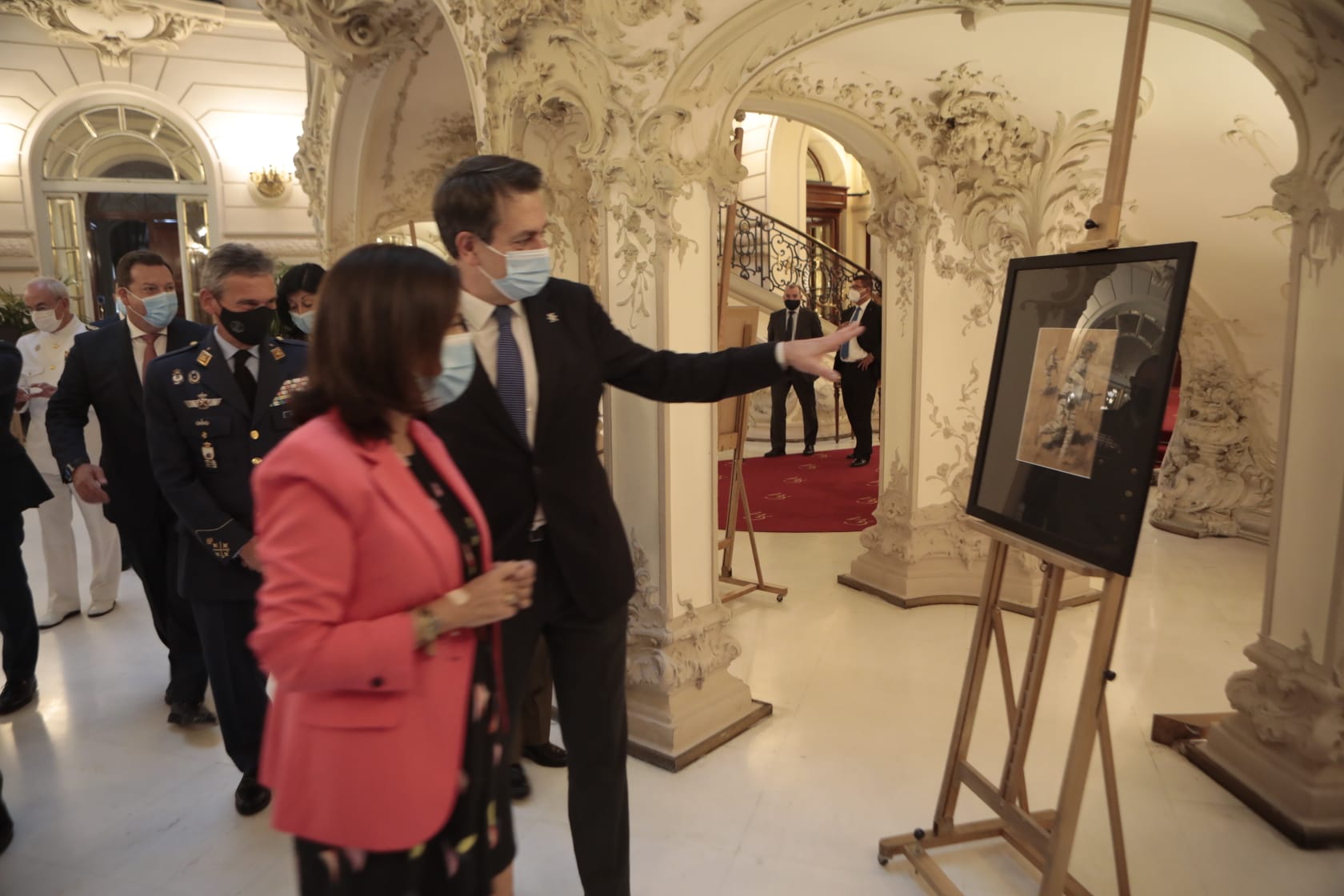