● The President of the Supreme Court and the General Council of the Judiciary presided over the ceremony, accompanied by the Chief of Defence.

The main entrance of the Defence Staff Headquarters hosted this morning a Solemn flag raising ceremony, to honor the sixth anniversary of the Proclamation of  King Felipe VI. The ceremony was presided over by the President of the Supreme Court and the General Council of the Judiciary, Carlos Lesmes, accompanied by the Chief of Defence, Air Force General Miguel Villarroya. The Attorney General, Dolores Delgado, also attended the event.

After raising the National flag, a ceremony was held to pay tribute to all spanish servicemen fallen and the victims of the COVID-19 pandemic.

The Honor Guard was made up of a Platoon belonging to the Air Force Headquarters Security Group and a small music unit from the Royal Guard.

This ceremony usually takes place at Colon Square in Madrid, there are three solemn flag risings scheduled for the year, on the ocassions of Madrid´s festivity of “San Isidro”, The anniversary of King Felipe´s proclamation and on Constitution´s day.

On this occasion, as a result of the COVID-19 pandemic, the ceremony was held at the Defence staff Headquarters, observing social distancing and all security measures issued. 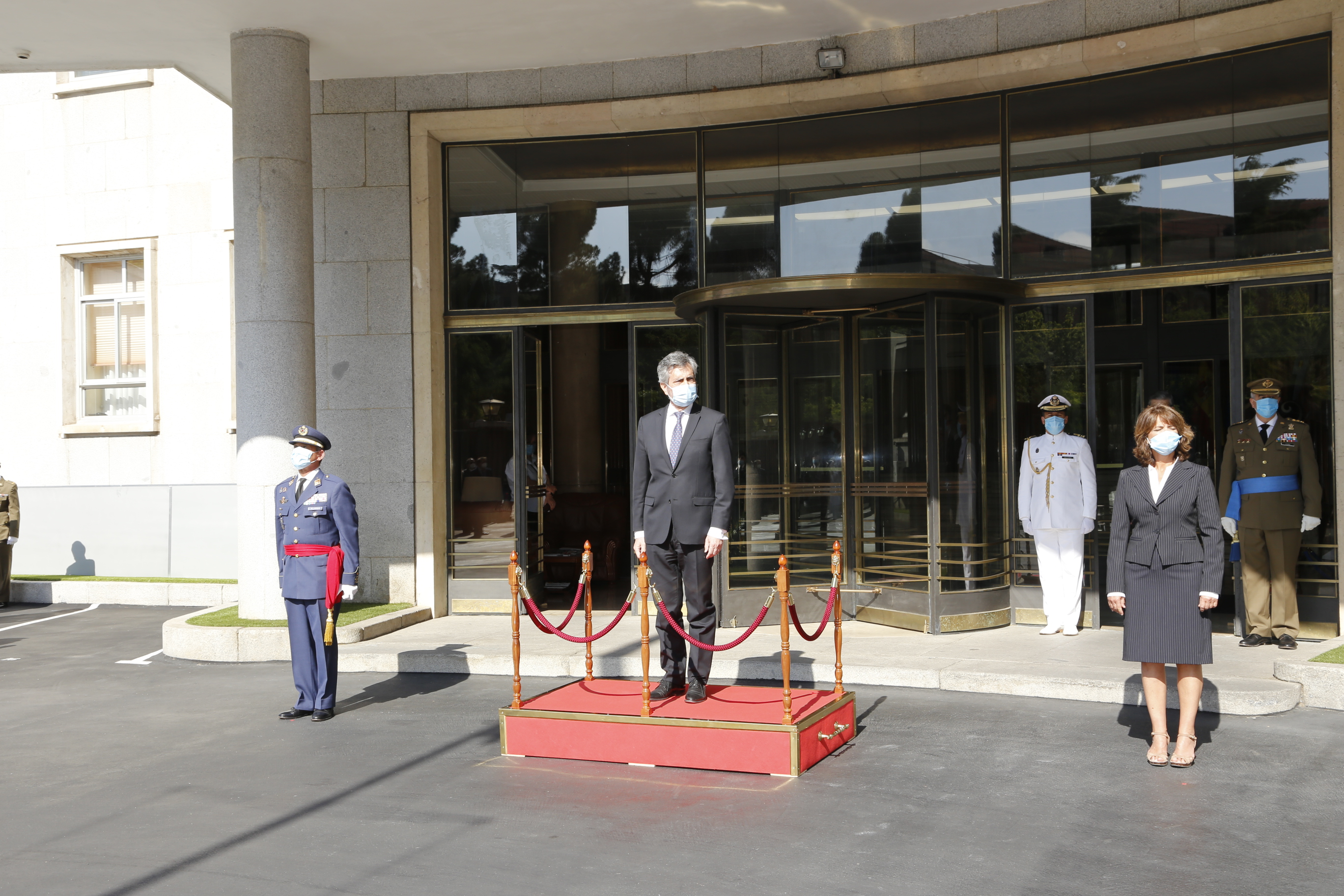 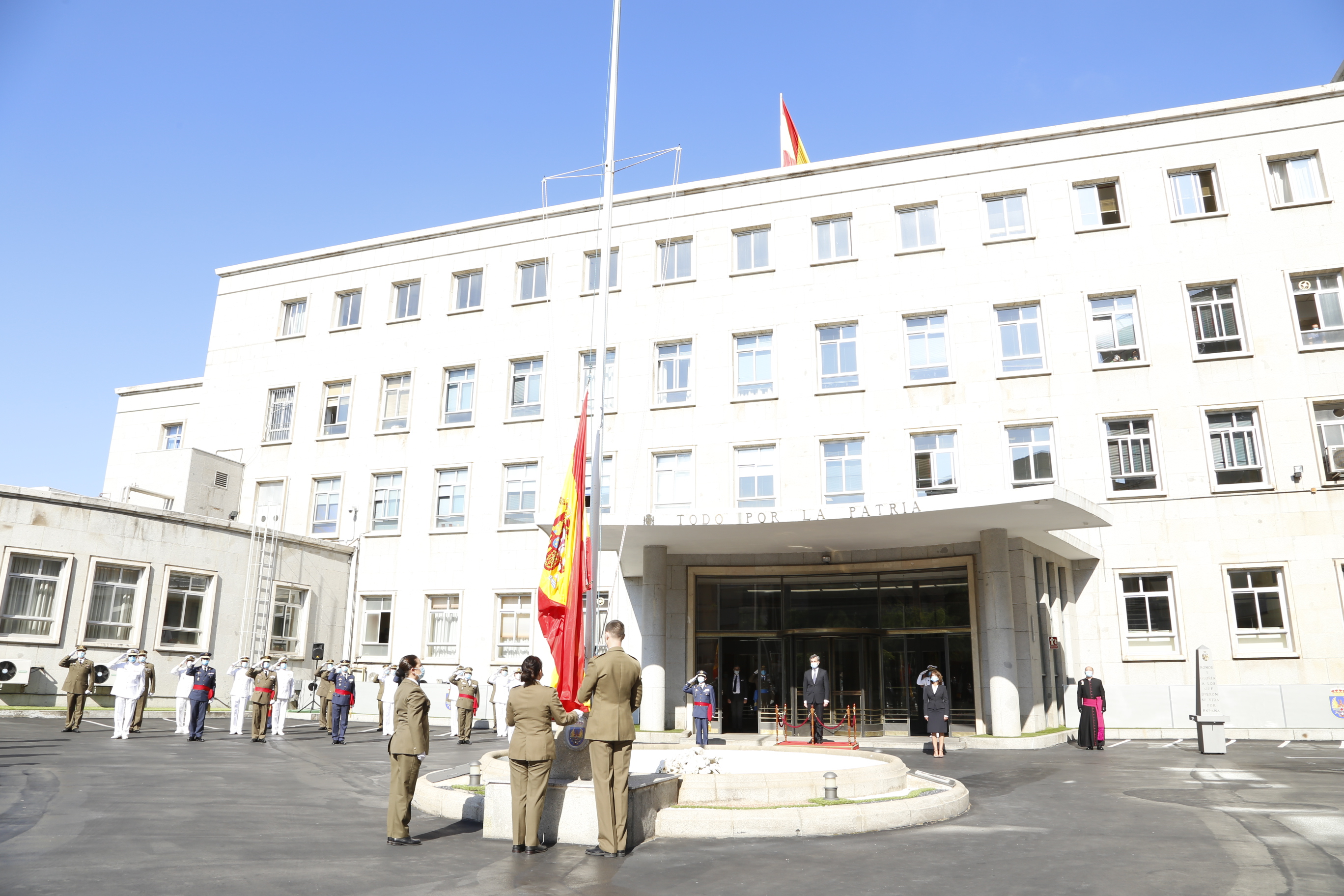 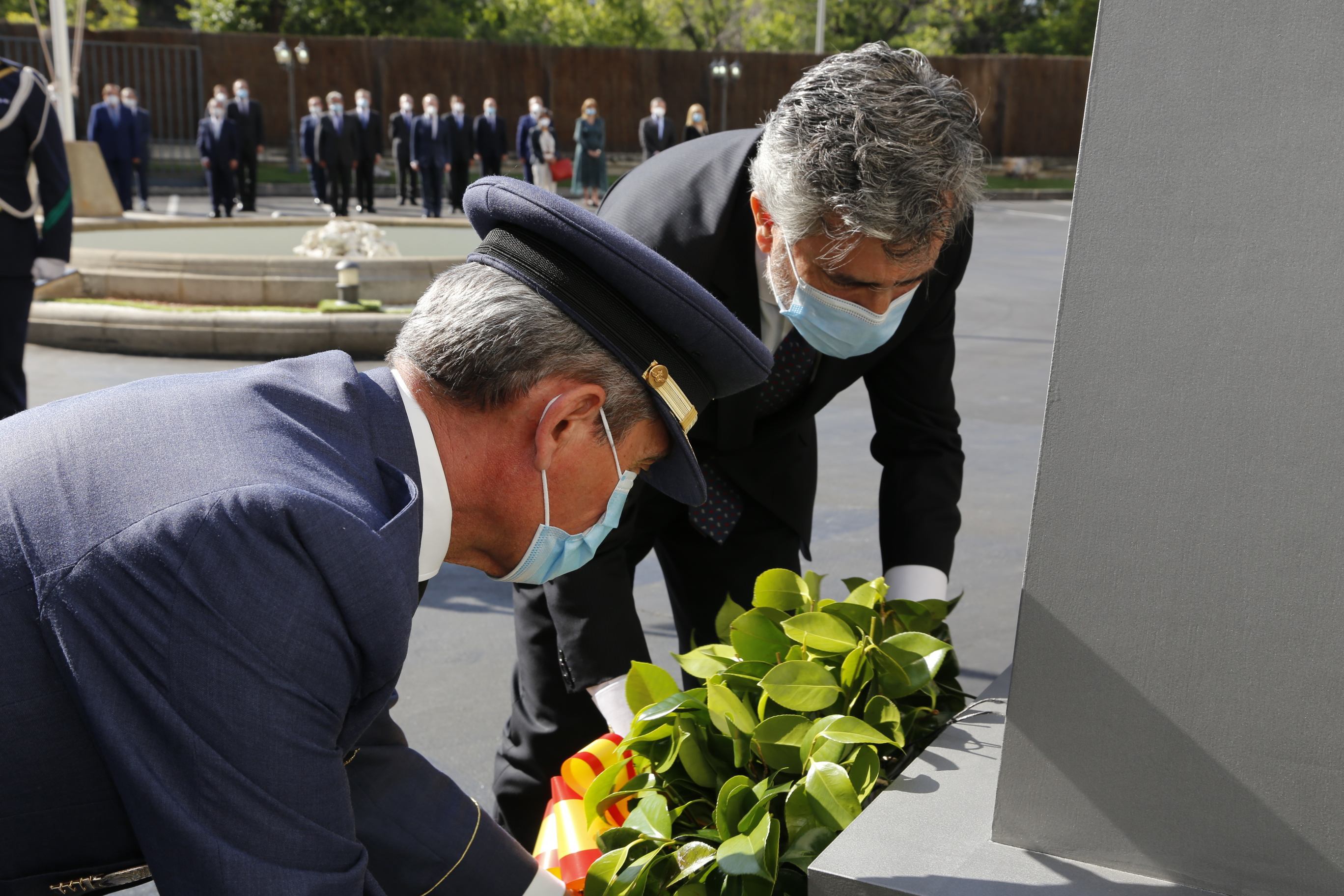