·       Sixth edition of the seminar on Armed Forces and Civil Society, closed by the CESEDEN´s director, General Bisbal Pons, and by the Iberdrola´s Board Secretary, Julián Martínez-Simancas

The Centre for National Defence Studies (CESEDEN, in Spanish), the main military educational centre of the Spanish Armed Forces, and Iberdrola have held the sixth edition of the Seminar on Armed Forces and Civil Society. This edition has been specially focused on the role played by the Armed Forces and companies in fulfilment of the Sustainable Development Goals (SDGs) included in the UN 2030 Agenda.

Opening of this conference at 9 am was held by the Director of the Spanish Institute for Strategic Studies and also seminar´s co-director, the Brigadier General Francisco José Dacoba Cerviño; the seminar´s co-director and Professor of Constitutional Law at the Autonomous University of Madrid, Manuel Aragón Reyes and Iberdrola´s Legal Services Senior Manager, Santiago Martínez Garrido.

During the seminar, ten experts in SDGs have discussed the need to enhance the 17 goals adopted by the United Nations in 2015. They are key issues for the future of humanity, including from the eradication of poverty to the fight against climate change, education, women´s equality, protection of the environment and city design.

During the first part of the seminar, entitled “Meaning and Function of the Sustainable Development Goals (SDGs)”, María del Mar Hidalgo García, analyst of the Spanish Institute for Strategic Studies (IEEE in Spanish), has participated by talking about the concept of sustainable development. Then, Blanca Palacián de Inza, also analyst of IEEE, has stressed the need for global action to fight against poverty and inequality.

Afterwards, Carlos Sallé Alonso, Director of Iberdrola´s Energy Policy and Climate Change, has focused on the collaboration between States and Civil Society in order to achieve the SDGs. Finally, Manuel Aragón Reyes has emphasised that the SDGs are a material guarantee of human rights.

Both Armed Forces and companies´ commitment is essential

The second part of the seminar, under the heading “Spanish Armed Forces (FAS) and companies´ commitment with the SDGs”, has involved the participation of the Colonel and associate analyst of the IEEE, Juan Alberto Mora Tebas. He focused his speech on the SDGs as relevant factors for the security and defence in Sahel. After him, Jesús Díez Alcalde, Lieutenant Colonel of the Spanish Army and also analyst of the IEEE, has explained the contribution of the the Armed Forces to goal 16: Peace and Justice.

Then, two Iberdrola´s agents have also taken part: Agustin Delgado Martín, Director of Innovation, Sustainability and Quality, and Monica Oviedo Céspedes, Sustainability responsible. The first has presented the companies’ contribution to the SDGs and the later has exposed its integration plan inside the company.

In this regard, it should be highlighted the strong commitment shown by Iberdrola in the fulfilment of the Sustainable Development Goals. The company focuses its efforts in supplying affordable and clean energy (goal 7) and on climate action (goal 13); as well as ensuring clean water and sanitation (goal 6), it has also increased its investment in Industry, Innovation and Infrastructure activities (objective 9); it also promotes respect of life on land (goal15) and it works to establish partnerships for the goals (goal 17).

The Seminar on Armed Forces and Civil Society: The SDGs: Armed Forces and companies´ commitment, has been closed around 14.00 by the Lieutenant General of the Spanish Marine Infantry in charge of CESEDEN, Francisco de Paula Bisbal Pons, and by the Iberdrola´s Board Secretary, Julián Martínez-Simancas. 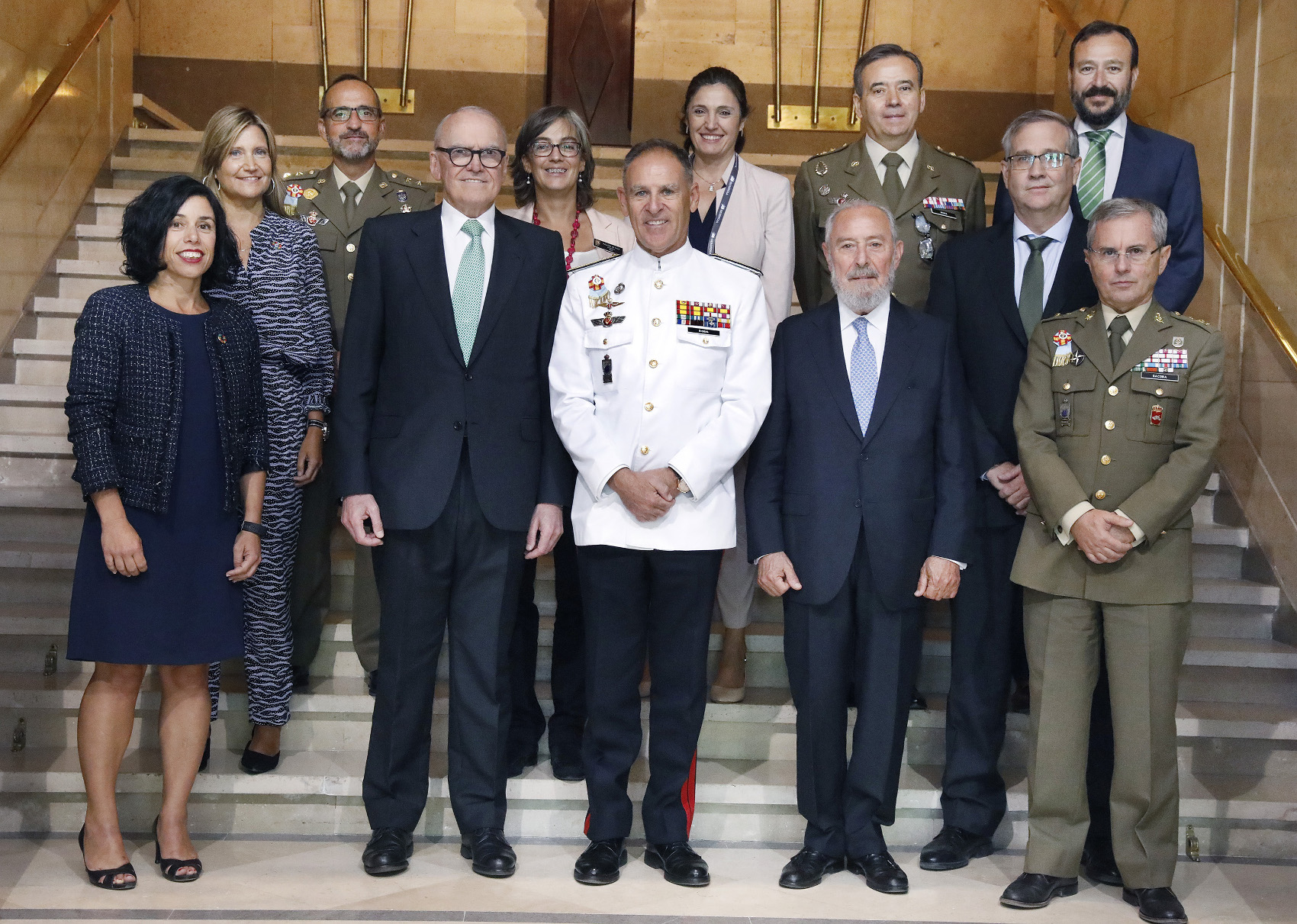