The offshore patrol vessel ‘Serviola’ has set sail today from its base harbour in Ferrol, in search of the West African coast and the Gulf of Guinea, where it will operate for the next three months. It will carry out maritime surveillance and security, as well as military cooperation activities and support to diplomacy in the riverside nations. It will also contribute to the development and improvement of capabilities of the navies of those states and will collaborate with partner warships of the European Union present in the area.

During the whole deployment period, the ship will remain integrated in the Maritime Operational Command (MOM) under the operational control of the Operations Command (MOPS).

The West African coast and the Gulf of Guinea are a strategic element of the first level for Spain, since they make possible the delivery of raw products and crude oil through their maritime routes. The rise of piracy and other crimes at sea pose a major risk to the national fishing and maritime community that operates legally in this region. It is a disturbing element for maritime security in the area, which is why the objective is to guarantee the shipping of goods and cargo to Spain.

With the presence of the offshore patrol vessel ‘Serviola’ on the West African coast and the Gulf of Guinea, an additional contribution is made to improve the capabilities of the coastal nations, based mainly on dialogue and military cooperation. Relationships of mutual trust are established which, by carrying out bilateral activities with the different nations, make it possible to improve their naval capabilities in the area. It is intended that in the future this support will allow them to effectively face the risks and dangers that compromise maritime security, therefore contributing to the stability of the region as a whole and to increase international security.

During the ship's presence in the region it is scheduled to visit various ports in Mauritania, Senegal, Ghana, Ivory Coast, Gabon and Nigeria. Navy personnel will have the opportunity to provide advice to their peers from the coastal navies in the field of activities related to ‘Maritime Safety’ (SEGMAR) and ‘Maritime Environment Awareness’ (MEA) and other basic areas such as firefighting, damage control, first aid or diving.

The offshore patrol vessel 'Serviola' is commanded by Lieutenant Commander Joaquín Pita da Veiga Subirats. For this operation, it has an Operational Security Team (EOS) and support and reinforcement personnel that enhance the vessel's capabilities.

MOM is the organisation of the operational structure of the Armed Forces, subordinate to the Chief of Defence Staff, responsible for planning, conducting and monitoring surveillance and security operations in maritime areas of sovereignty, responsibility and national interest. It is under the command of the Admiral of Maritime Action (ALMART) and is based in Cartagena.

The traditional Land Operational Command (MOT), Maritime (MOM), Aerospace (MOA) and the recently established Cyberspace (MOC) make up the Standing Command structure. On a daily basis, some 3,000 Armed Forces personnel are involved in permanent operations, under the operational control of the Operations Command.

About the offshore patrol vessel 'Serviola'. 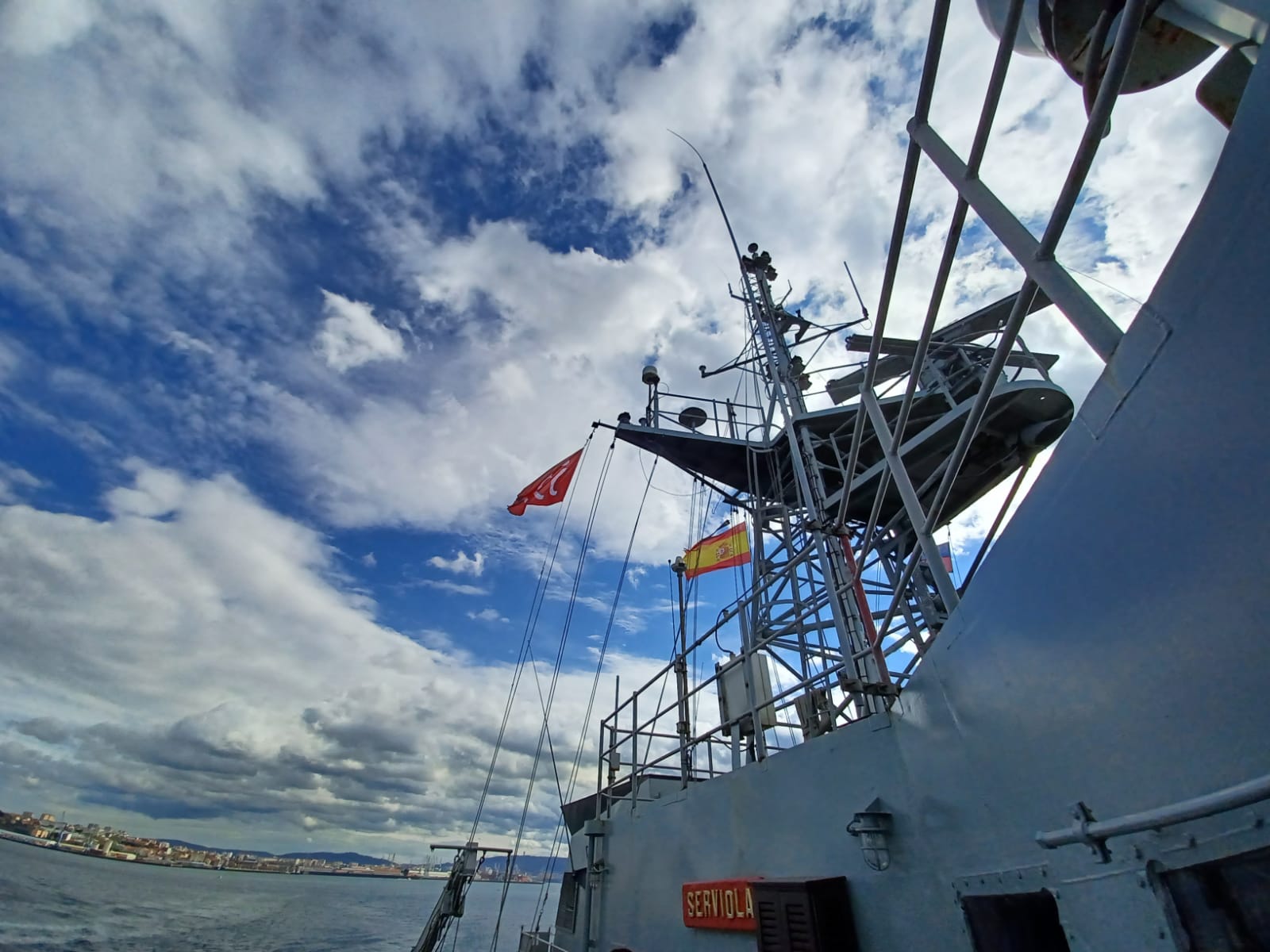 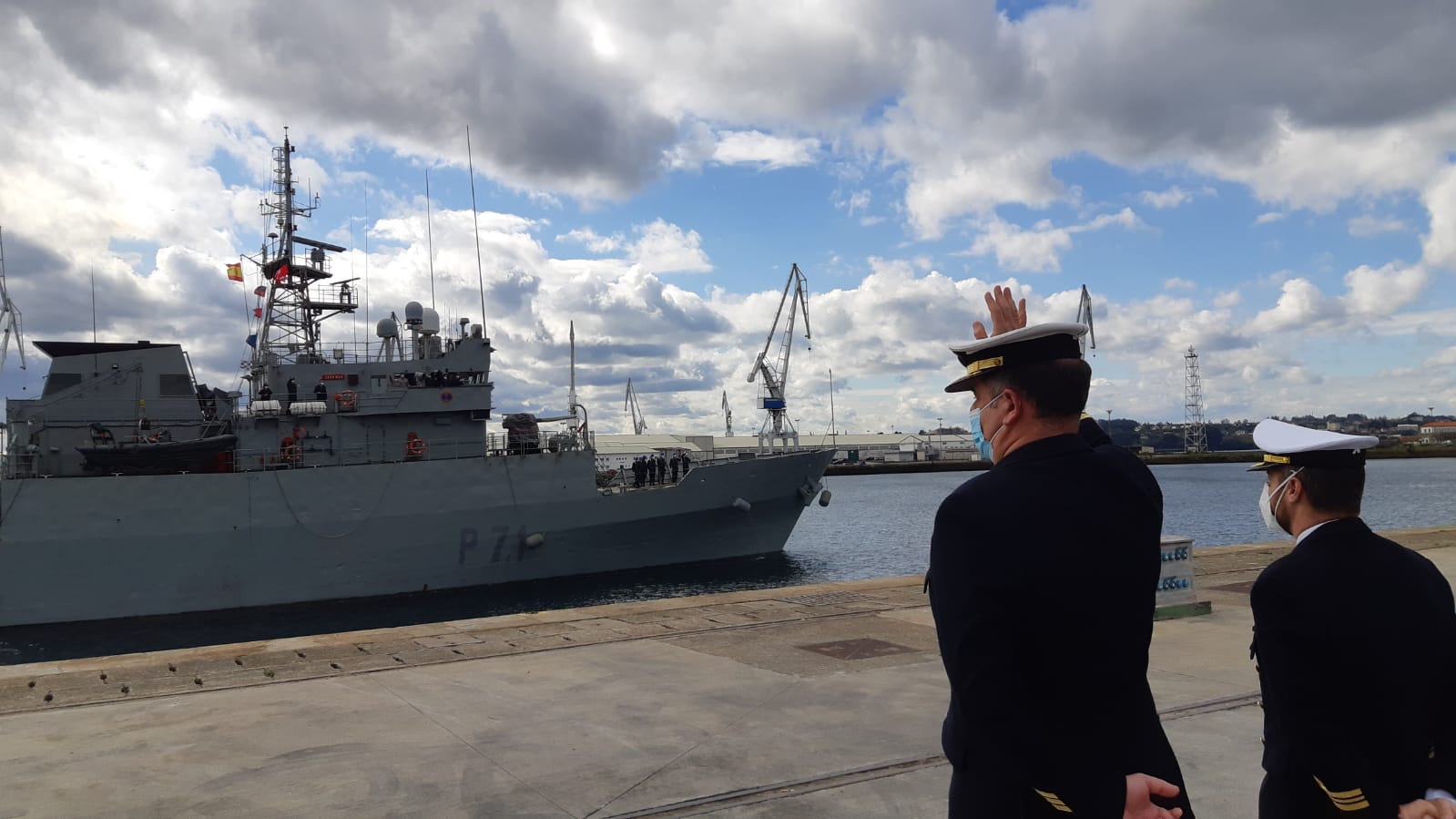