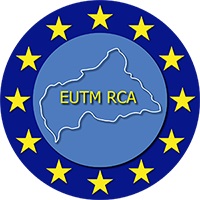 The Central African Republic (RCA) is a country with an area greater than Spain and just over 5 million inhabitants. Because of its geographical location, it has a tropical climate, with temperatures of around 30ºC and considerable rain during half  year.

The Central African Republic (RCA) is a former French colony, and achieved independence on 13th August 1960. Since then, political instability has been a recurring question in its recent history.

The current situation has its most recent history in 2013. In March, the president, François Bozizé was overthrown by the uprising of SELEKA rebels, primarily Muslims, in the north and north-eastern areas of the country.

Michel Djotodia, one of the main leaders of SELEKA, assumed power, suspended the constitution and dissolved Parliament with the intention of holding free elections after an 18-month transition period. However, he was unable to control the SELEKA groups dedicated to terrorising the civilian population. In response, old militias, made up of Christians and animists, were activated, to defend themselves against the Seleka outrage and initiate retaliatory actions under the name of anti-Balaka militias.

The deterioration of the situation at the end of 2013 led, on one hand, to the resignation of President Djotodia and the appointment of the interim president Catherine Samba-Panza, and on the other, to deployment of various forces to maintain the peace: MISCA- the International Mission of the African Union to support the RCA, later replaced by MINUSCA; SANGARIS from France and EUFOR-RCA and EUMAM-RCA from the European Union.

Having achieved the objectives of the EUMAM-RCA operation by the middle of 2016, it was replaced by EUTM-RCA.

EUTM-RCA is a non-executive defence mission with the aim of contributing to the EU´s efforts in advising, teaching and training the Armed Forces of the Central African Republic. It aims to support the reform of the Armed Forces and strengthen their ability to contribute to the defence of their own territory and the protection of their own population.

Also linked to this mission is the ongoing deployment of the ´Mamba` Detachment of the Spanish Air Force, which has operated in Libreville (Gabon) since March 2014 to ensure support for Spanish troops deployed in the Central African Republic.

To support authorities of the Central African Republic in preparation for the next reform of the security sector. This will help achieve the required abilities and quality with the aim of modernising and becoming more efficient. The EUTM-RCA operation started on 16th July 2016.

Operation EUTM RCA is intented to provide continuity  to the European Union´s misión EUFOR RCA, following its completion in March 2015.

It was born out of the international community´s commitment to prevent genocide of African civilians and now, after stabilisation, it is necessary to strengthen security and teach its armed forces to make their own decisions.

Then new operation must serve as a link with the forces deployed on the ground, both those of MINUSCA (United Nations Multidimensinal Integrated Stabilisation Mission in the Central African Republic) and the French forces of operation 'Sangaris'.