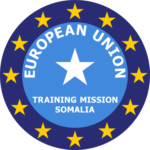 The first Spaniards to arrive in the area were 18 instructors from the Army Training and Indoctrination Command. They taught specialised training modules, amongst them section command, urban warfare, communications, counter-IED training and healthcare.

Since January 2015, a "pool" of instructors has been available to develop course content or training. Spain was the European country that provided the largest number of soldiers to the misión: 38 troops.

The mission is covered by UN Secutiry Council Resolution 1872 of May 2009. On 25th January 2010, the European Union agreed to launch a military mission to contribute to the training of security forces in Somalia.

Spanish participation in the operation was approved by the Council of Ministers on 23rd April, after Congress passed the government request.

In 2010, Somalia was a stateless nation where pirates, who were operating in the Indian Ocean and whom the European Union was trying to combat with Operation Atalanta, were hiding with total impunity.

Until the beginning of 2014, the operation was conducted in Bihanga Camp (Uganda) due to the insecurity of living in Somalia. Later the mission moved to Somalian soil, with its centre of operations in Mogadishu.