Spanish CHOD was welcomed by a Spanish and Malian honor guard, the Chief of Defense Staff and incoming EUTM-Mali Force Commander, Spanish General Fernando Gracia, have visited the Koulikoro Training Centre (KTC). In a meeting with Colonel Traore, Head director of the training camp, he highlighted the tight cooperation as well as the excellent relations among the Malian Armed Forces with the mission and particularly with the Spanish contingent.

“We are grateful for Europe’s labor in our country, both civilians and military personnel that work in the Center, as well as the citizens of Koulikoro are quite happy and really enjoy the Spanish contingent”. Colonel Traore said.

Afterwards the meeting with Colonel Traore, the CHOD visited the base starting at “Casa España” where Lieutenant Colonel San Martin and LtCol. Esparaber have briefed about the current situation on the EUTM Mali mission and the deployed units, as well as the general conditions of life, such as the type of services and their working methods within the Centre. Later on, and after touring different areas of the KTC, both Generals have visited ROLE 2E installations managed by the IQARUS Health Company, responsible for the advanced sanitary assistance in the EUTM mission.

The Chief of Defense Staff has congratulated all personnel for their work within EUTM mission and also for Spain. 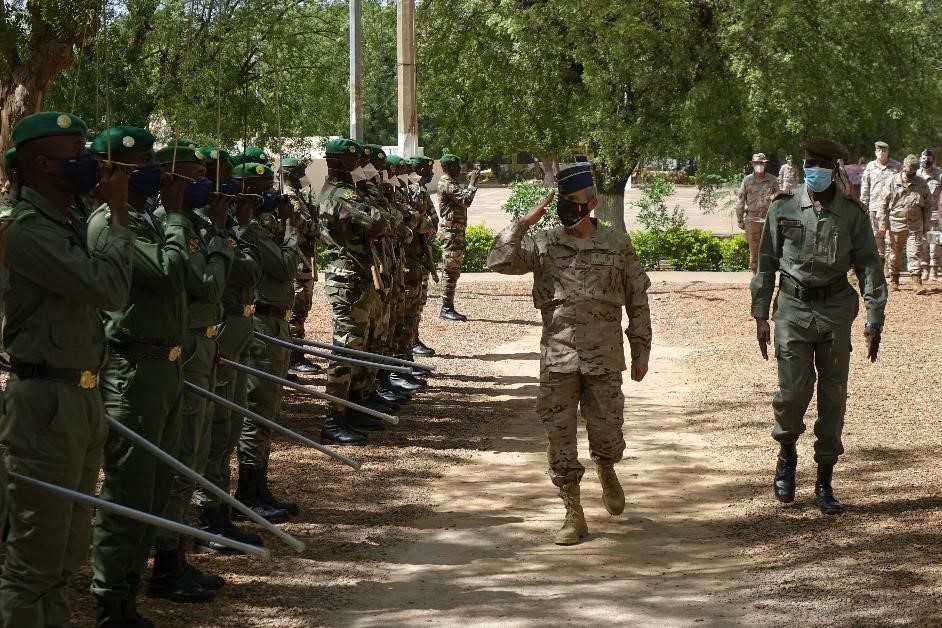 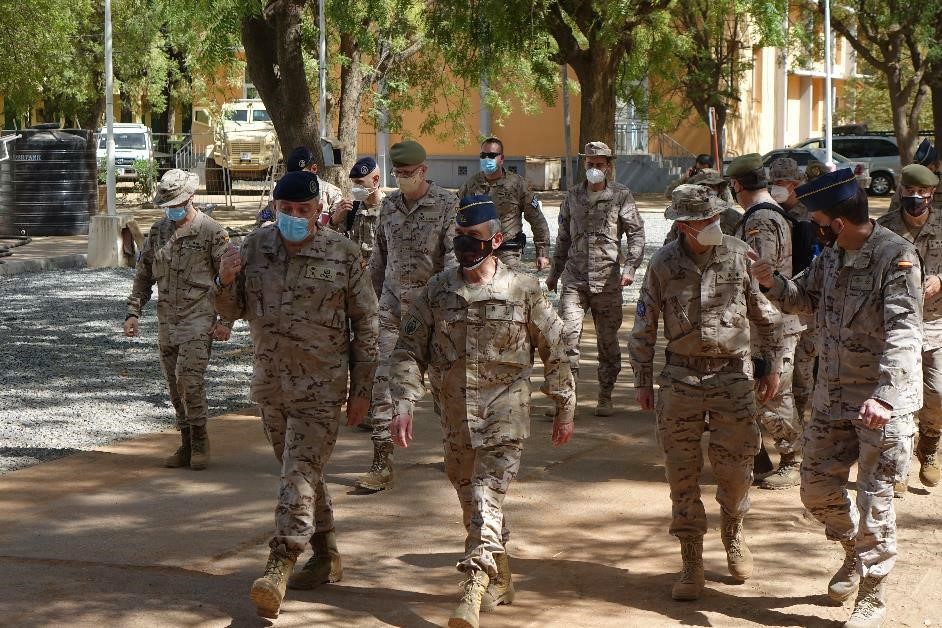