An A310 aircraft belonging to the 45th Air Force Group landed at the Djibouti International Airport, with the 13 airmen of the 73rd rotation of the Orion Detachment, which participates in Operation Atalanta of the EU Naval Force in Somalia (EUNAVFOR).

The 13 crew members of the P3 airplane will take over from the airmen of the 72nd rotation once they get tested upon arrival at the airport from the Morón de la Frontera air base.

Likewise, during the disembarkation process, strict sanitary protocols -both national and Djiboutian against the COVID-19 were applied. the aircraft and the vehicles used to transport personnel were also disinfected.

Despite the additional difficulties posed by the COVID19 pandemic, the commitment of the Spanish Armed Forces in operation 'Atalanta' remains firm in respect of the threat of piracy that affects ships that transit through Somali waters, Gulf of Aden and Western Indian Ocean.

This is a sample of the fulfilment of Spain’s international commitments, whose troops have been uninterruptedly in this operation, being one of the Member States with the greatest contribution in resources and personnel since the beginning of the operation in 2008 to contribute to security and stability in the Horn of Africa region.

The European Union developed the European Union Naval Force ATALANTA (EU NAVFOR) in December 2008 within the framework of the Common European Security and Defence Policy (CSDP) and in accordance with the Resolutions of the Security Council (UNSC) and International Law. 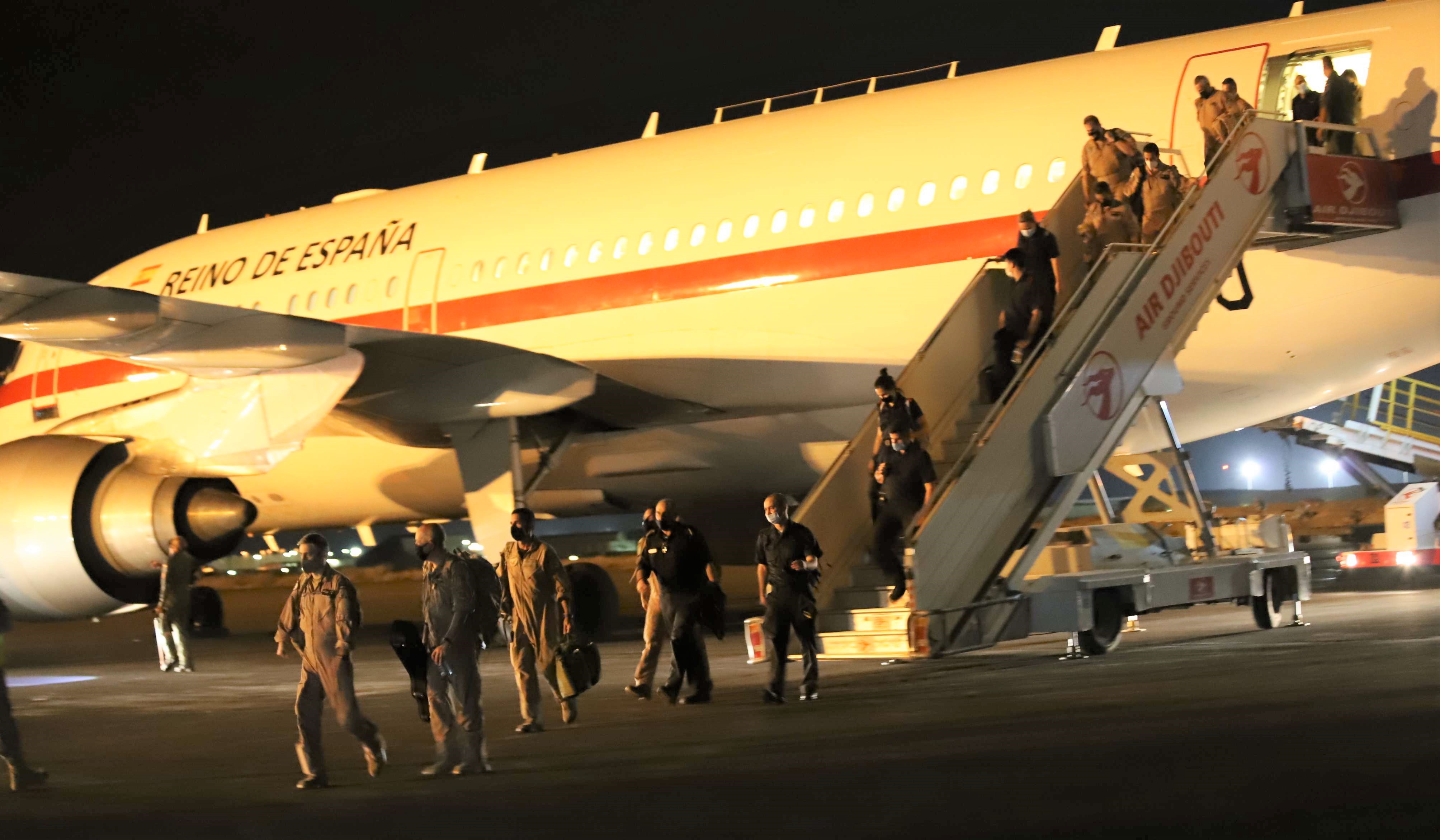