Spanish frigate ‘Santa María’ rescued the tug boat ‘Alaa’. The tug boat had been drifting for more than 10 days since last 12th of July within Somali territorial waters, after receiving instructions from the Force Operation Atalanta’s Commander (FHQ).

After finding its position, Santa Maria's helicopter took off to search for the ship and delievered food and wáter to its sole occupant. The Spanish ship then proceeded to its position and part of the crew moved to the drifting vessel to set up its towing.

The operation, which was carried out in conditions of heavy swell and wind of between 25 and 30 knots, ended with the arrival in the port of Bossaso, after contacting the Somali authorities.

Spanish Armed Forces’ involvement in the Operation Atalanta is part of the commitment undertaken by Spain, under the EU flag, in its effort to maintain security in the Gulf of Aden and Somalia waters, by protecting the World Food Programme protecting the ships of the World Food Programme, the ships of the UN misión for Somalia (AMISOM) and maintaining the security of vulnerable maritime traffic.

The European Union's Atalanta operation has its multinational headquarters at Rota Naval Base. More than 8,000 Spanish military personnel have served in this operation since it  was launched, more than 11 years ago, showing the Spanish commitment to the European Union and the maritime security in the current conflict scenarios. 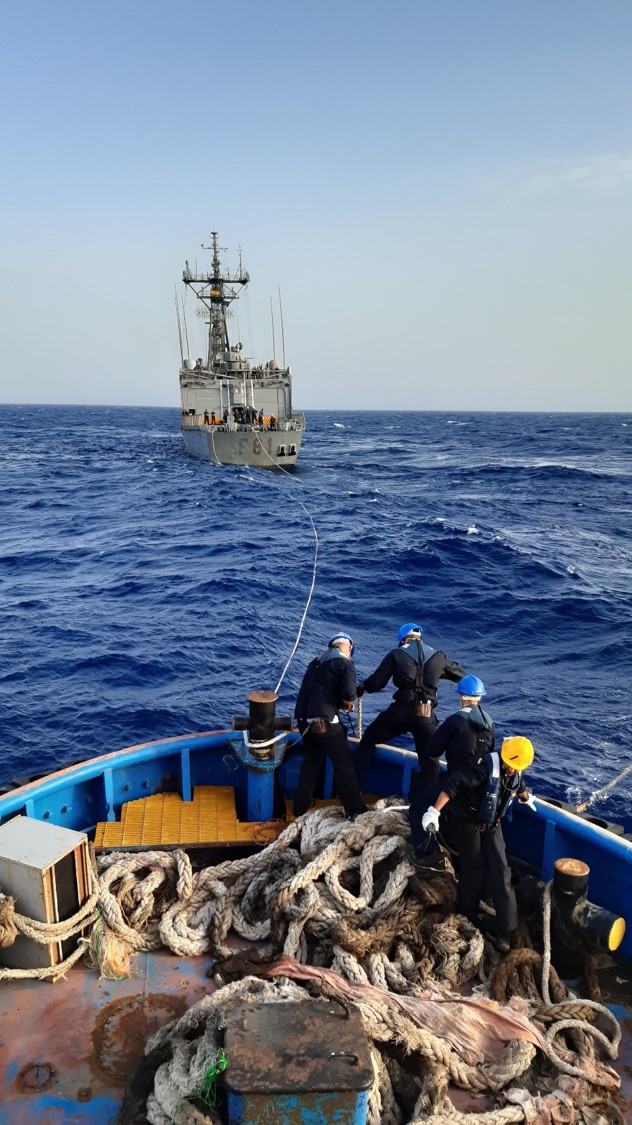 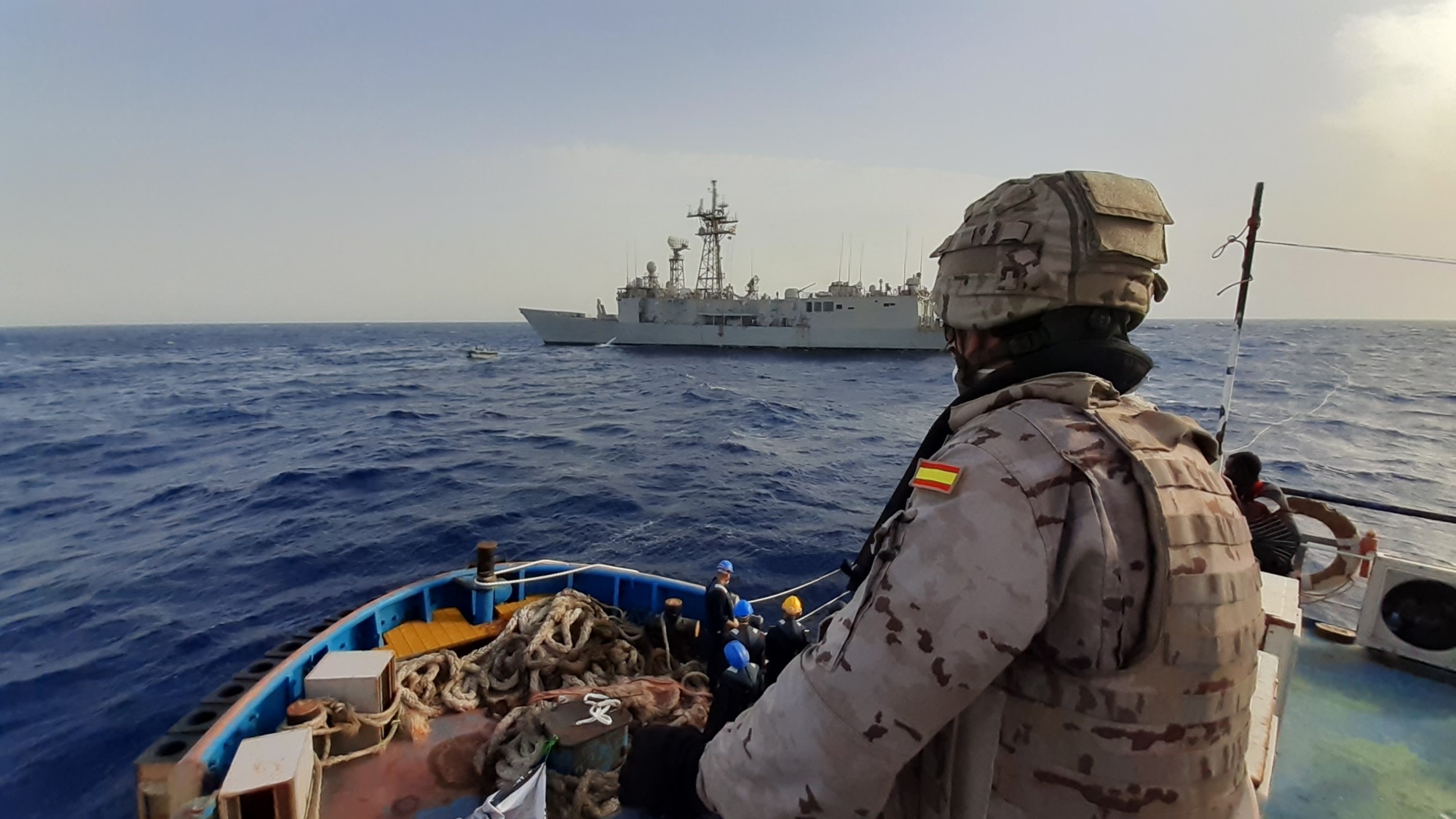 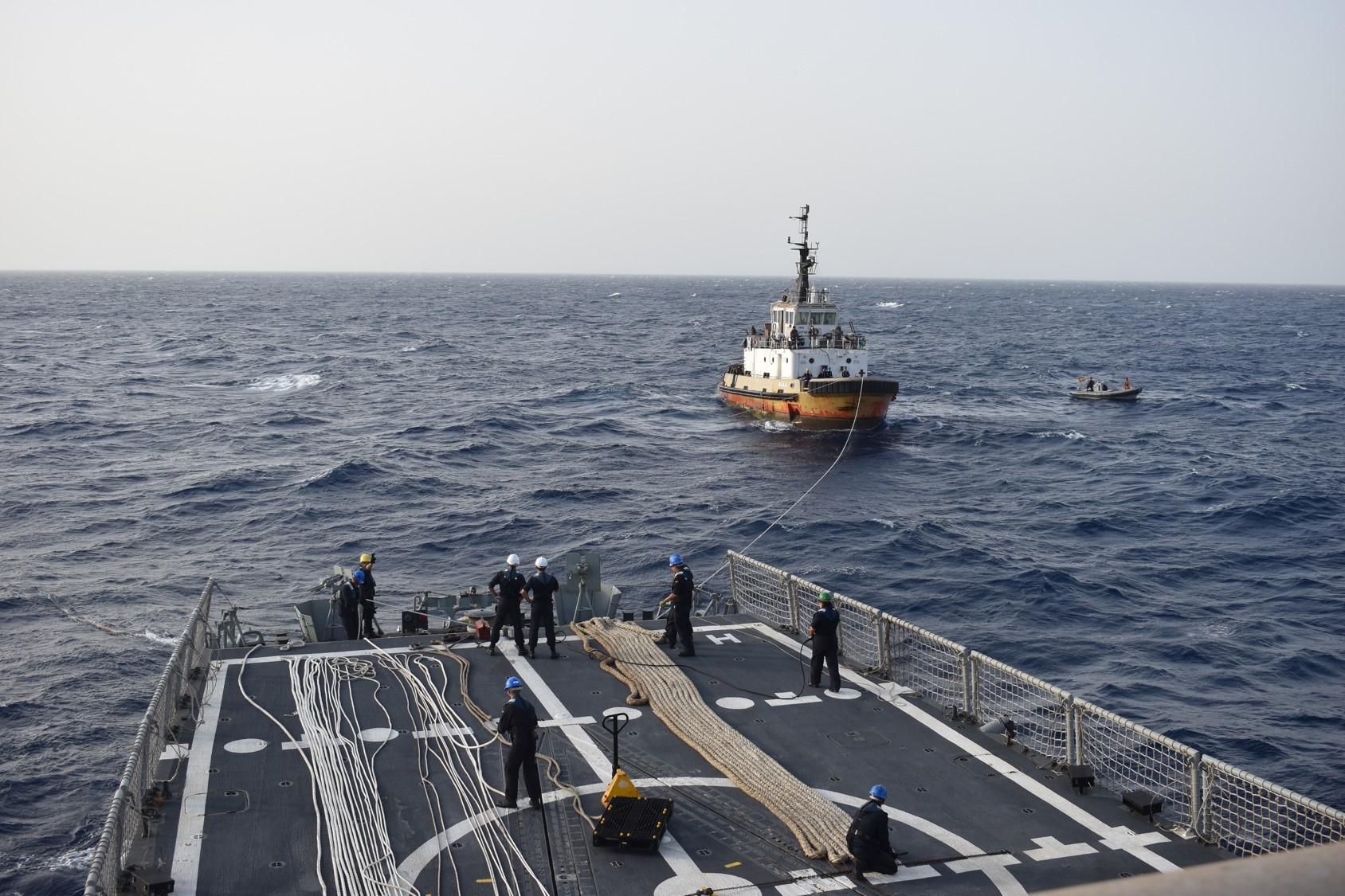