With the recent approval of the extension of EUFOR's mandate by the UN Security Council, the European mission in Bosnia and Herzegovina (BiH) continues to fulfil all tasks assigned in support of building a safe and stable environment in the country, including the development of the Bosnian Armed Forces to bring them closer to NATO standards and a 100% commitment to the country on its path towards integration into the European Union.

Two Spanish officers are embedded in the EUFOR Headquarters (EUFOR HQ), Camp Butmir, Sarajevo, where they support local authorities in maintaining a secure and stable environment, in close cooperation with law enforcement agencies and the BiH Armed Forces.

One of the Spanish officers holds the position of head of the training unit/cell, whose main tasks include planning the Operational Tests that EUFOR Reserve Forces deploy in the country each year. In addition, the Spanish officer is responsible for drafting the Annual Training Directive and the Training and Co-operation Plan with the BiH Armed Forces, as well as monitoring combined exercises between the BiH Armed Forces and the EUFOR Multinational Battalion. The Spanish officer is also responsible for the individual training of new personnel joining HQ EUFOR and the collective training of the different HQ areas.

The other Spanish officer works as an analyst within a team of experts made up of civilian and military personnel, whose task is to provide specialised reports in order to advise the commander in the decision-making process. They also have a liaison team with the different security forces operating in the country. 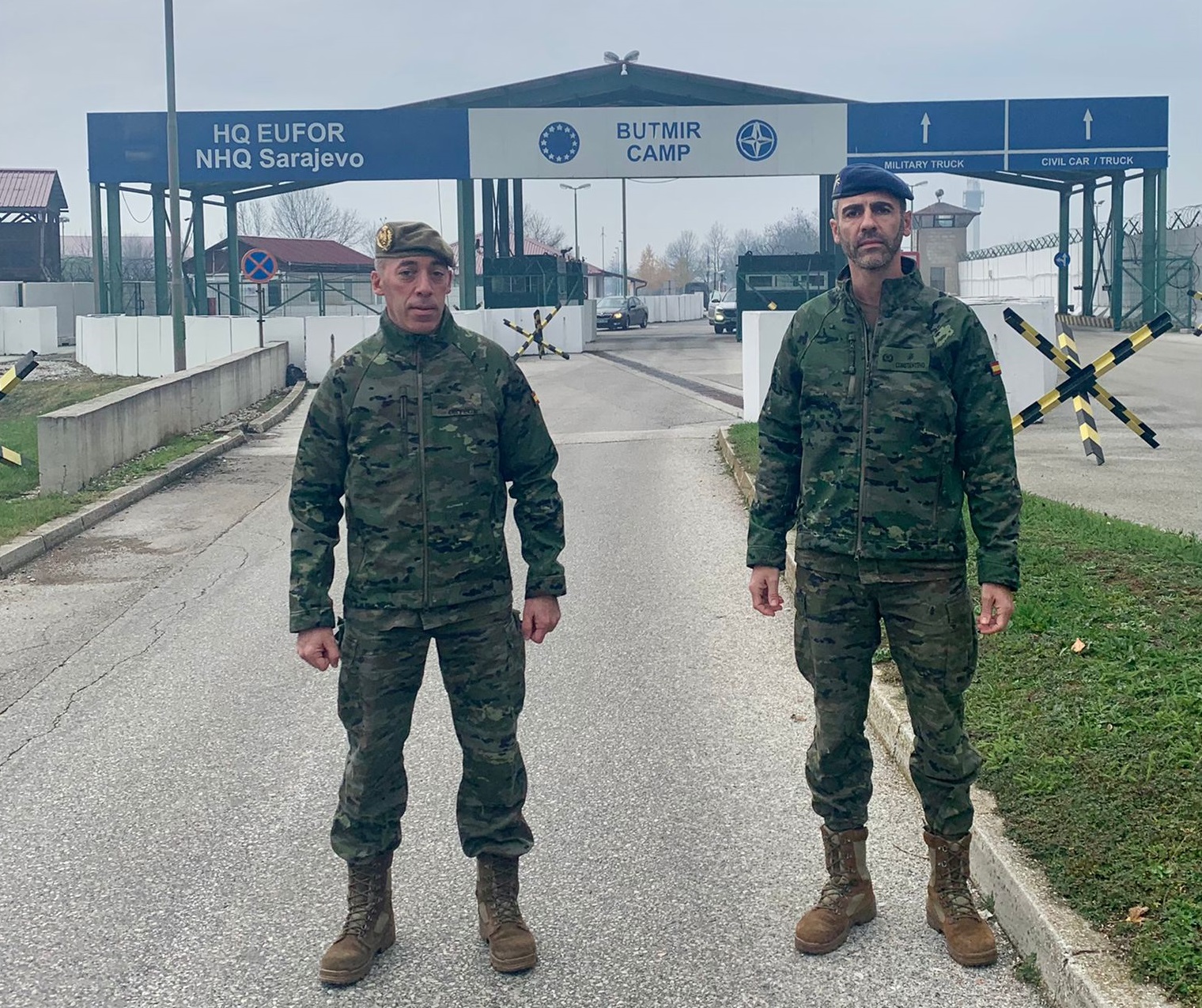