Frigate 'Cristóbal Colón' (F-105) collaborated with the Greek Navy ship 'HS Spetsai' (F-453) for joint training. Several air defence exercises were carried out, including those against an attack by low-altitude aircraft, communications and advanced maneuvers at sea.

Currently, the vessel is conducting a patrol in the waters of the Mediterranean Sea as part of the Standing NATO Maritime Group 2 (SNMG-2) under national operational control of the Operations Command. She is carrying out this task within the framework of the 'Noble Shield' mission to show a naval presence throughout the central and eastern Mediterranean.

When at sea, these sort of meeting are a good opportunity to maintain the enlistment of allied units, ensuring their interoperability and strengthening ties between the two Navies.

At the end of the training, both ships continued with the planned activities in their respective areas of responsibility.

SNMG-2 is a NATO’s standing maritime group in which naval and air units of the different allies are integrated. The function of the Group is to provide NATO with an immediate operational reaction capability in naval scenarios.

During its integration, frigate 'Cristóbal Colón' contributes to operations by providing a substantial aerial defence and detection capability. Its crew has an Operational Security Team (Marine Corps’) and a SH-60B helicopter Embarked Air Unit. 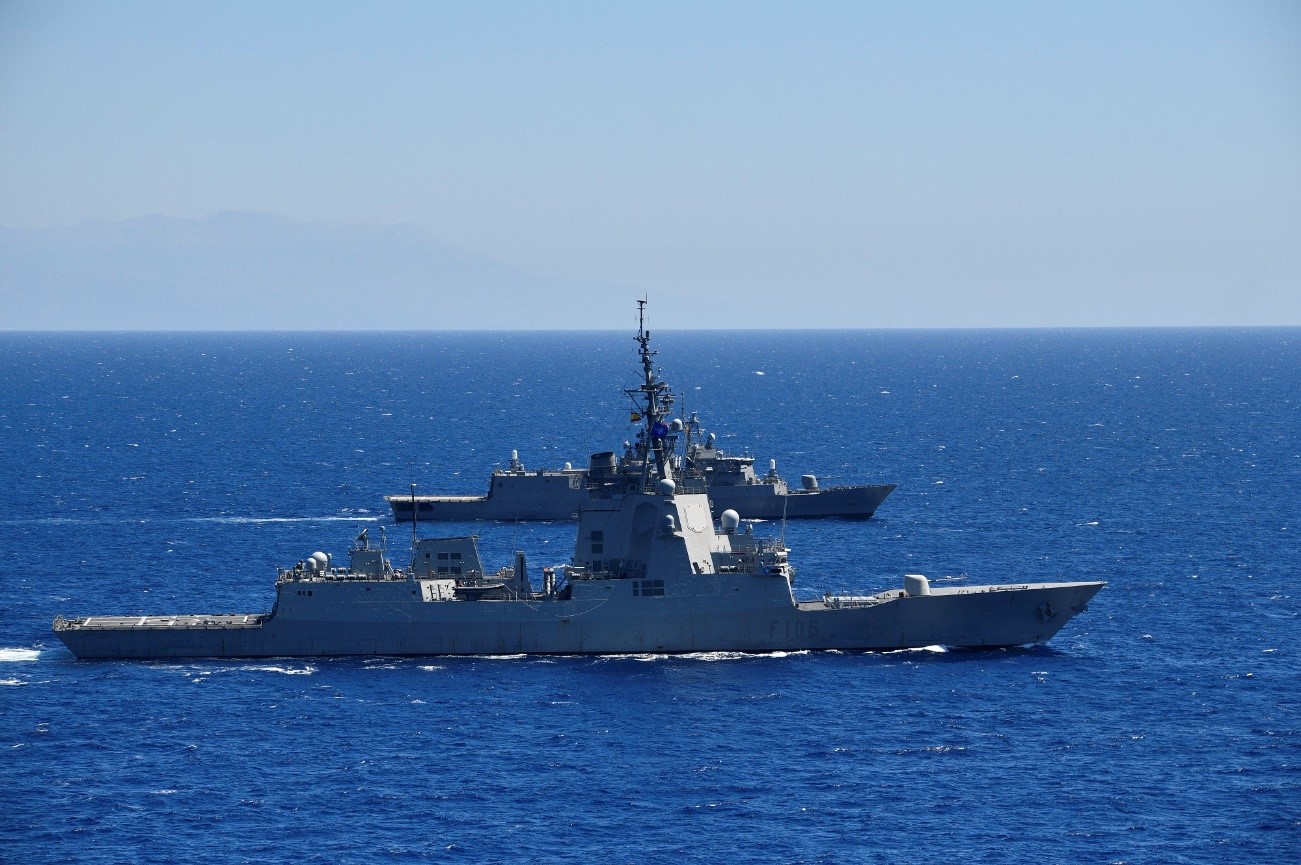 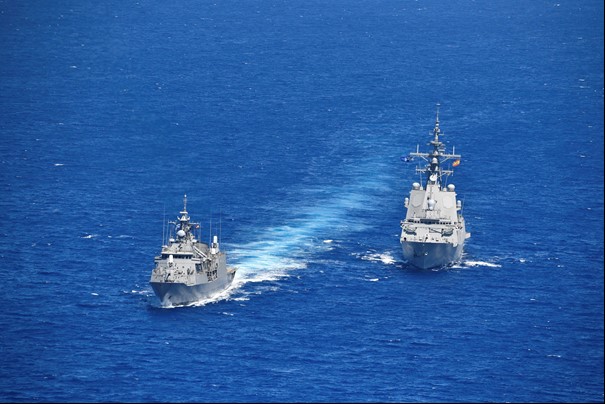