Spanish Navy ships "Alvaro de Bazán" and "Patiño", members of the Standing NATO Maritime Group 2 (SNMG2), will remain in Cartagena between October 16 and 19.

The visit is part of the preparation for the allied exercise "DYNAMIC GUARD 20", which will take place in the waters of Cartagena, between October 19 and 23. The exercise was organized and will be conducted by the Commander of the SNMG2 group, the Spanish Rear Admiral Manuel Aguirre Aldereguía.

Rear Admiral Aguirre holds command of the SNMG2 group from June 2020 to June 2021. He counts on an international General Staff with military personnel from eight allied countries and the frigate "Alvaro de Bazán" as the flag ship to carry out his work.

Since Spain assumed the command of the group, it has been deployed in the Black Sea and the Mediterranean Sea, taking part in the main international naval exercises in the southern region of NATO, such as exercises "BREEZE 20" and "SEA BREEZE 20", organized by the Bulgarian and Ukrainian navies respectively and, more recently, in the exercise "DYNAMIC MARINER 20", organized by the French Navy.

Also, and as a standing NATO force, the group has carried out surveillance tasks, mainly supporting operation Sea Guardian for surveillance and prevention of threats in the maritime environment, and has provided naval presence in the ports of Burgas (Bulgaria), Odesa (Ukraine), Souda (Greece), Rota (Spain), Algiers (Algeria), Toulon (France) and Mahon (Spain).

Due to the COVID19 pandemic health crisis, this time there will be no open days. Likewise, members of SNMG2 will not be able to visit the city and their mobility will be restricted to the dock “La Curra” until they set sail on Monday 19. 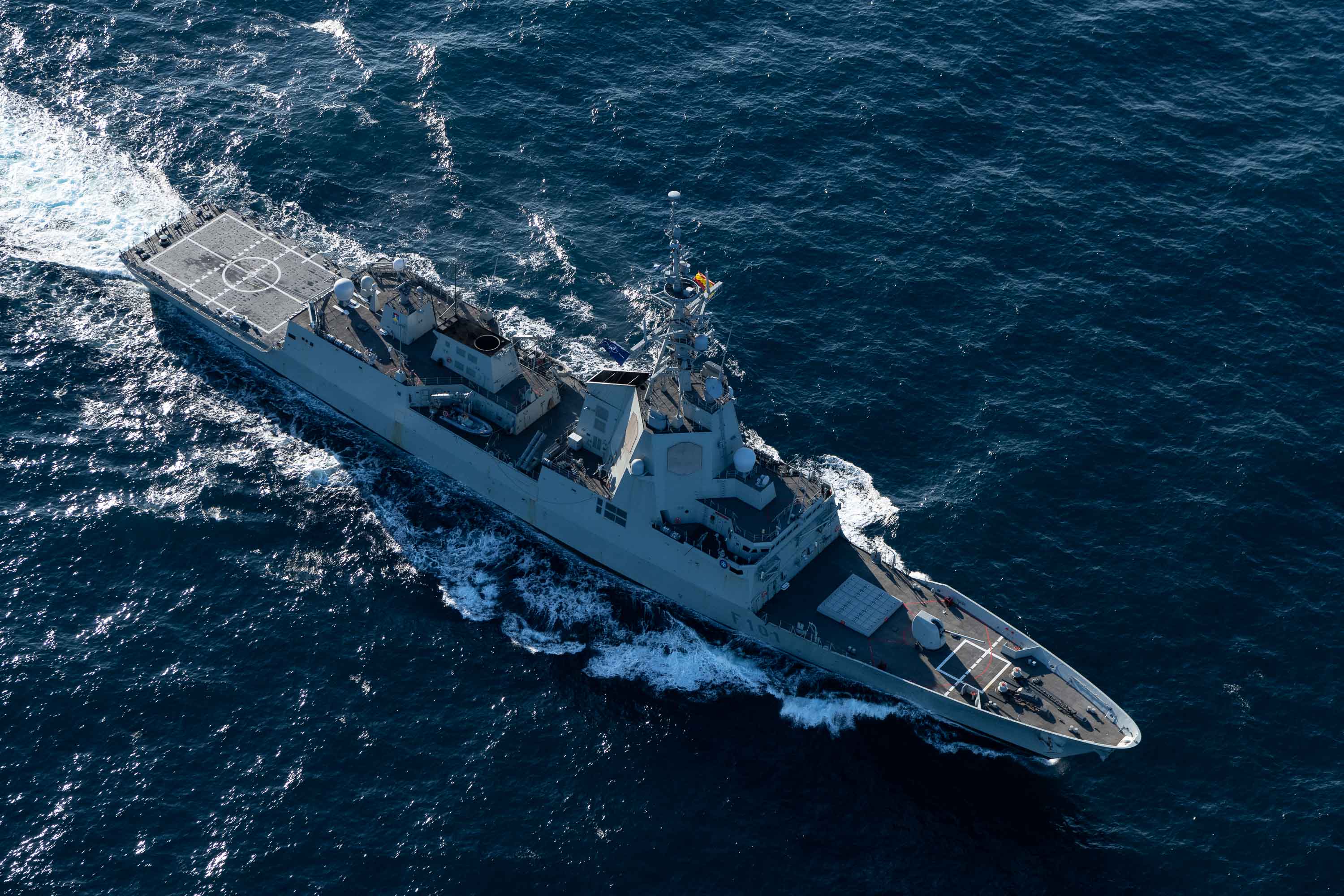