The F-101 frigate "Alvaro de Bazan", as NATO’s SNMG2 command ship, has conducted an intensive programme of exercises over the past week to keep the required training level within an Allied grouping.

On August 24th,  The frigate met the Spanish Navy's sail training ship,  "Juan Sebastián de Elcano", when it was setting off for its training cruise around the world to commemorate the fifth centenary of the first circumnavigation by the Magellan-Elcano expedition. Taking advantage of this special occasion, both ships made the traditional salute at sea by showing respect to one another.

Throughout the week the Spanish frigate has been operating with the following  US ships, CG-56 USS "Phillippine Sea", DG-71 USS "Ross" "Arleigh Burke" class destroyer, based in Rota. During these drills, Sailing, shooting, tactical air defence and helicopter flight exercises have been carried out, along with F-18's from the 12 Wing and Eurofighter Typhoons from the 11 Wing of the Air Force, and the 4th Coastal Artillery Regiment (RACTA IV) of the Spanish Army.

Over the next few weeks, the  frigate "Alvaro de Bazan" is set to take part in the operation ‘Sea Guardian’ for maritime surveillance in the Mediterranean and also in NATO's multinational exercise Dynamic Mariner. 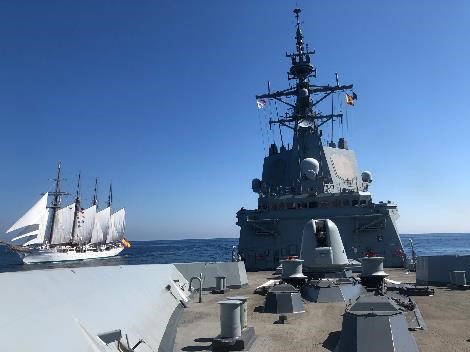 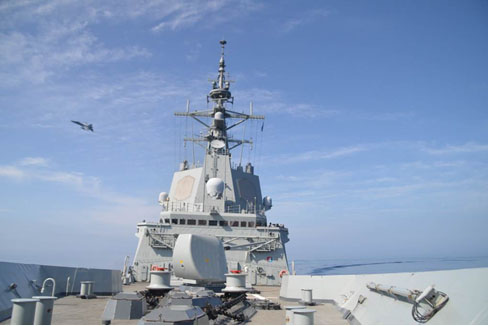 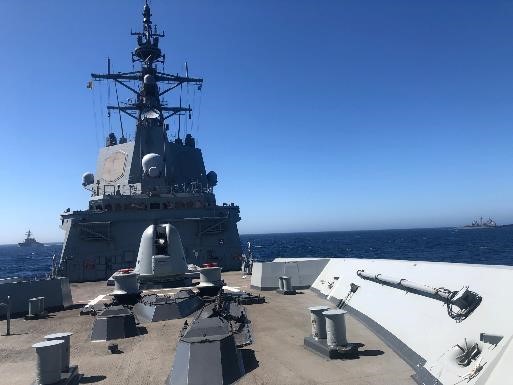