Since May 1st and for four months,  detachment 'Vilkas' has led, under the Spanish Operations Command (MOPS in Spanish), the 53rd rotation of Baltic Air Policing (BAP), NATO’s mission’s aimed to protect security and integrity in Baltic’s airspace.

The 'Vilkas 2020' detachment has been composed of six EF-18 fighter jets and 132 Airmen , mostly belonging to the 15th Wing based in Zaragoza, commanded by Lieutenant Colonel Jesús Gutiérrez Gallego. Spanish team was operating from Šiauliai Air Base and the Air Traffic Control in Karmėlava.

The effectiveness has been high during the mision; ‘EF-18’ aircrafts have completed more than 700 flight hours and almost 500 take-offs. Also, there have been carried out over 20 operations in order to intercept and identify those aircrafts approaching Baltic airspace which had not been properly identified by air traffic control systems.

The formal handover/takeover (HOTO) of this NATO’S mission took place at the Air Base in Šiauliai; Spanish Ambasador to Lithuania, Mr. José María Robles Fraga and his Deputy, Mrs. Luisa García García have atended the ceremony among other Authorities.

The authorities' speeches thanked the Spanish and British contingents for their efforts and objectives over the past four months. They also wished success to the BAP-54 contingent from Italy which is taking over the mission.

The Baltic Air Policing is a NATO mission in which allied countries have been contributing on a rotating basis since 2004. This is the third time Spain has led the mission, in which it has taken part seven times. 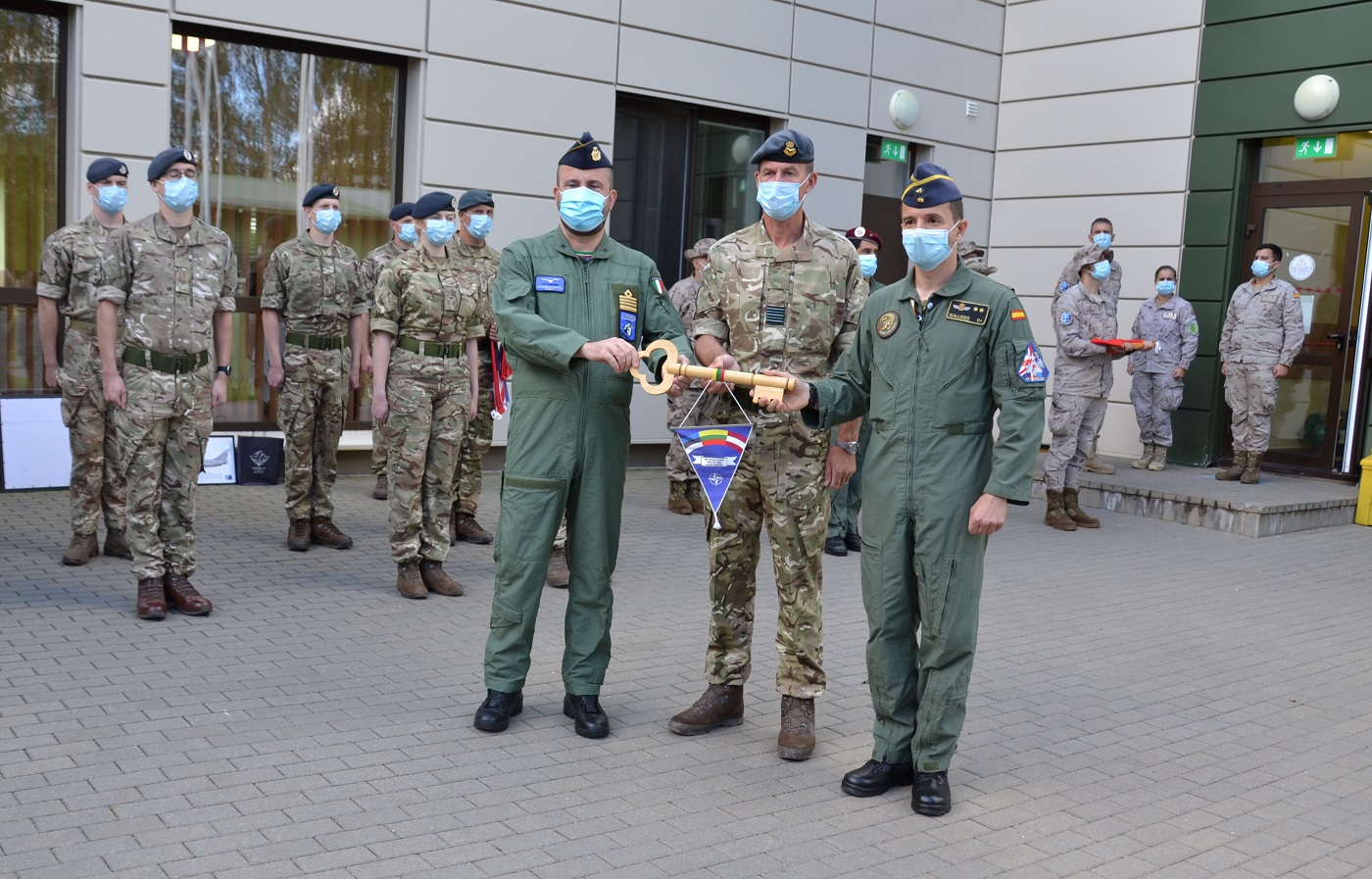 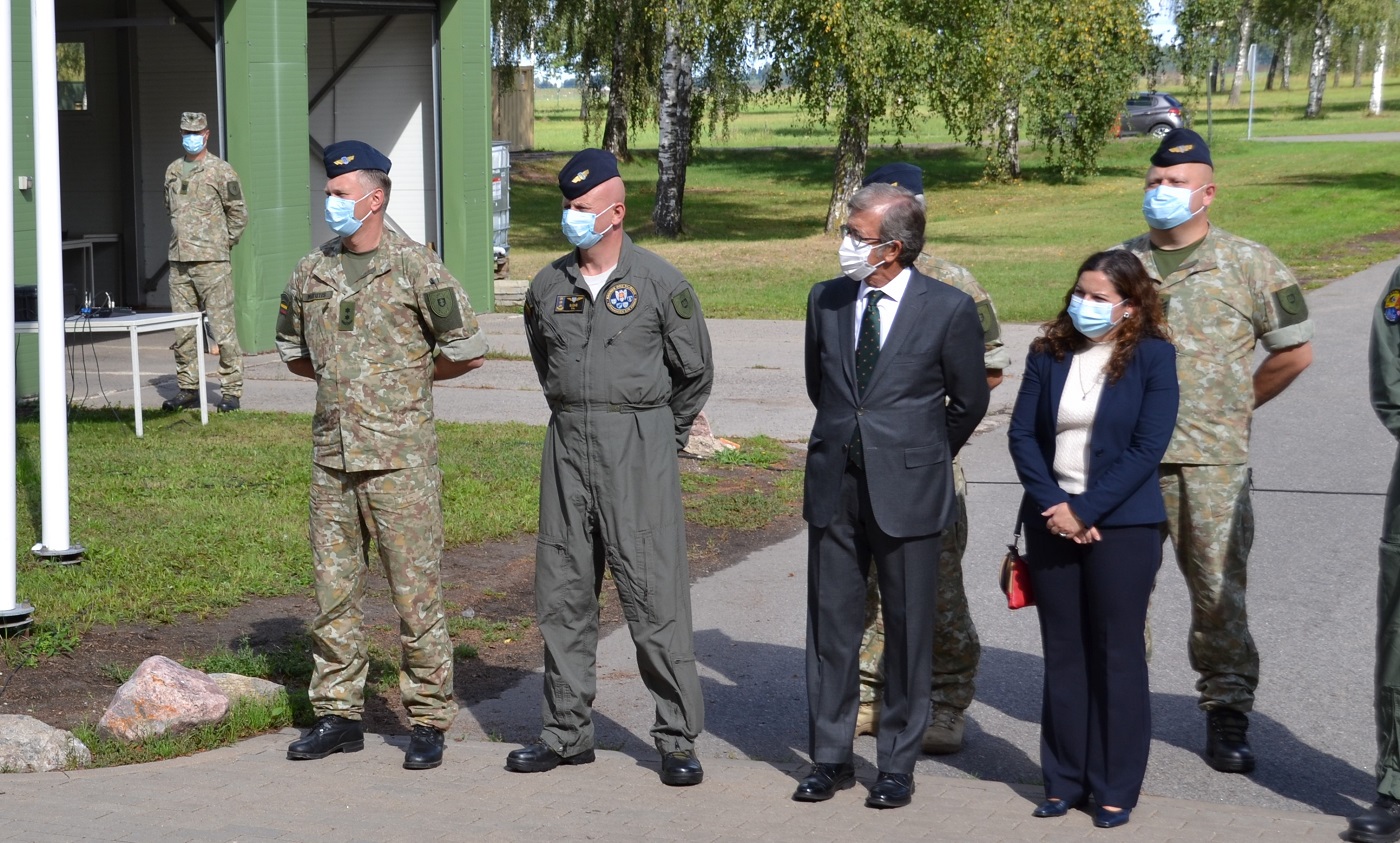 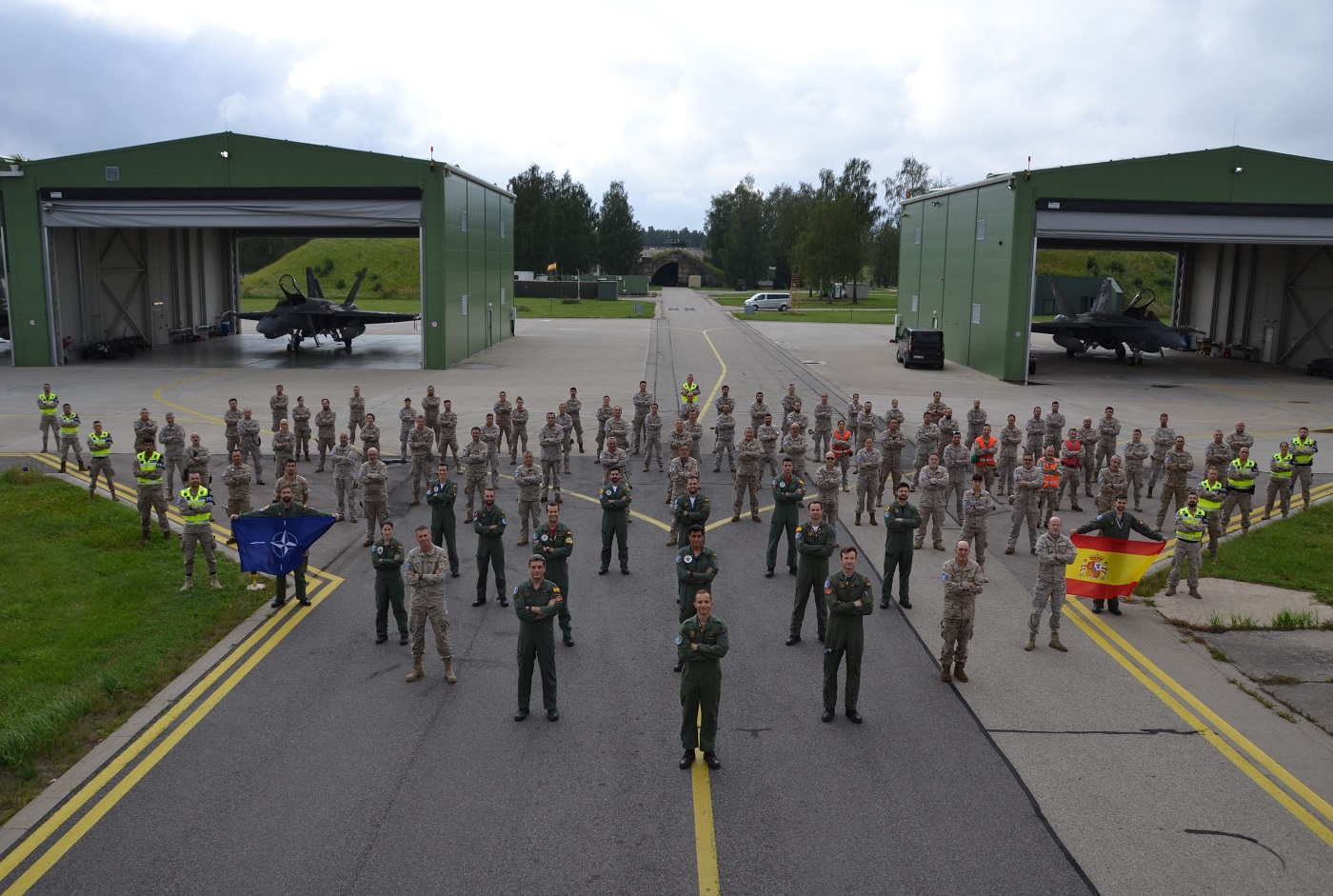