The Baltic Air Policing mission aims at guaranteeing and preserving the collective allied defence within the airspace of the Baltic republics as NATO member states, as well as the inviolability of their skies.

Spain has led from April 30 to August 31 the Baltic Air Policing mission "BAP", deploying seven 'Eurofighter', four of which were transferred to NATO's chain of command.

Colonel Dainius Guzas, Head of the Lithuanian Air Force, opened the ceremony addressing some words of acknowledgement and appreciation to the Spanish contingent for the excellent work carried out. In his speech, he wished the same success to the Danish and Portuguese contingents that will be part of the BAP-57. Afterwards he awarded with the BAP medal to representatives of the Spanish detachment. During the ceremony, the Spanish Force Commander, Lieutenant Colonel Bayardo Abós Álvarez-Buiza, presented the Danish and Portuguese Force Commanders the symbolic key to the Baltic countries' airspace.

Baltic Air Policing is a peacetime mission undertaken on a rotational basis by NATO member countries.

The incorporation of Latvia, Lithuania and Estonia to NATO in 2004 marked the extension of allied airspace to the north-east. Allied countries provide the Baltic republics with the necessary support to enable them to monitor and control their territory, conducting Quick Rapid Alert (QRA) missions.

Spanish 'Eurofighters', along with four Italian F-35's at Ämari air base (Estonia), have been tasked with intercepting and identifying civilian or military aircraft that do not comply with international flight regulations, which approach into allied airspace or which have not been properly identified by air traffic control systems.

'Vilkas 2021' detachment, was made up of 134 military personnel (including a 28 airmen relief) deployed in Lithuania at the Šiauliai air base and in the town of Karmėlava.

Baltic Air Policing is a mission that has been carried out continuously since 2004, 365 days a year, 24 hours a day. Spain has taken part in the mission since 2006, on eight occasions. During this rotation the detachment has conducted over 750 flying hours, carrying out a total of 417 take offs and 211 missions, including 28 'alfa scramble' interceptions and identifications. 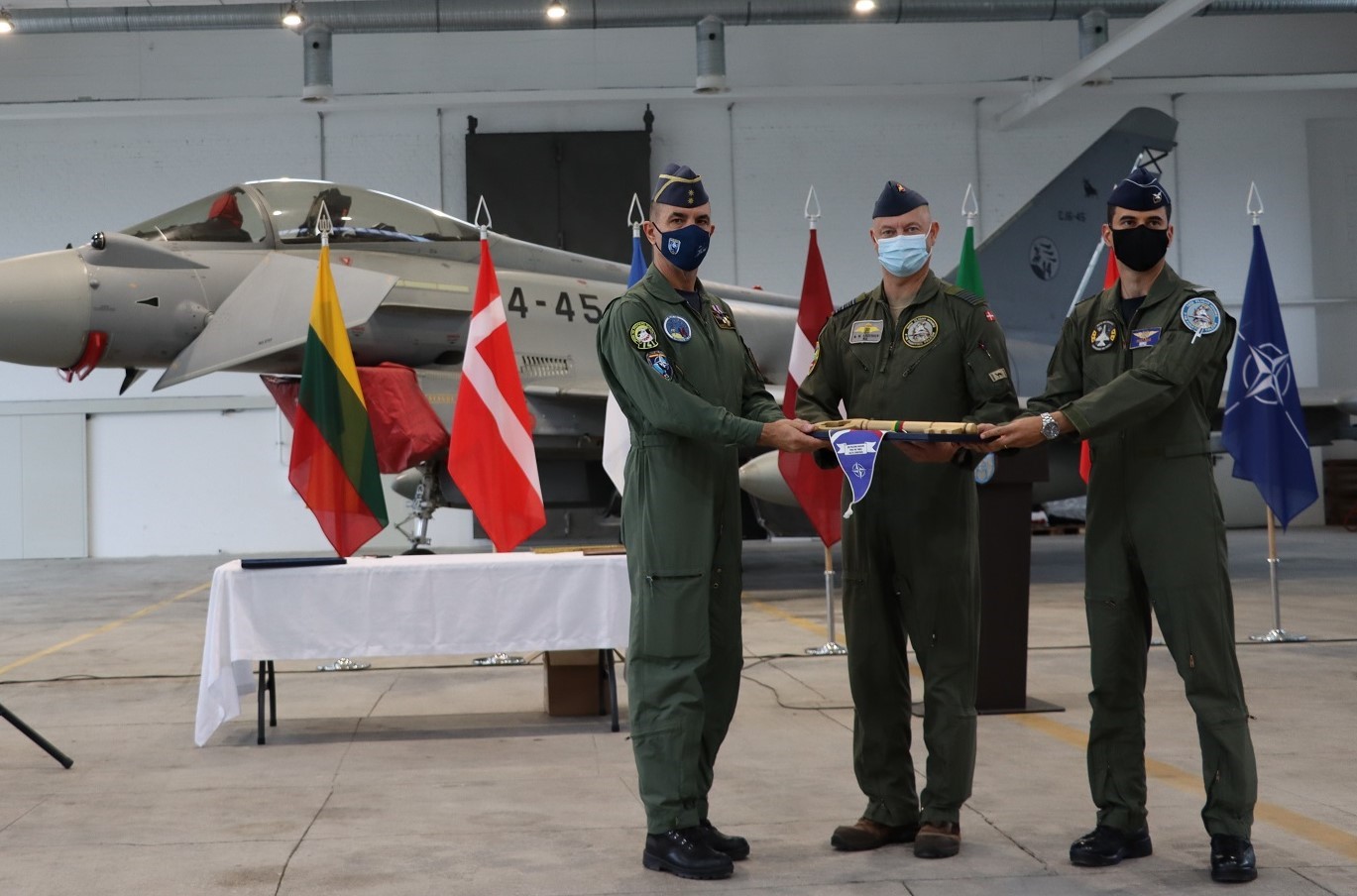 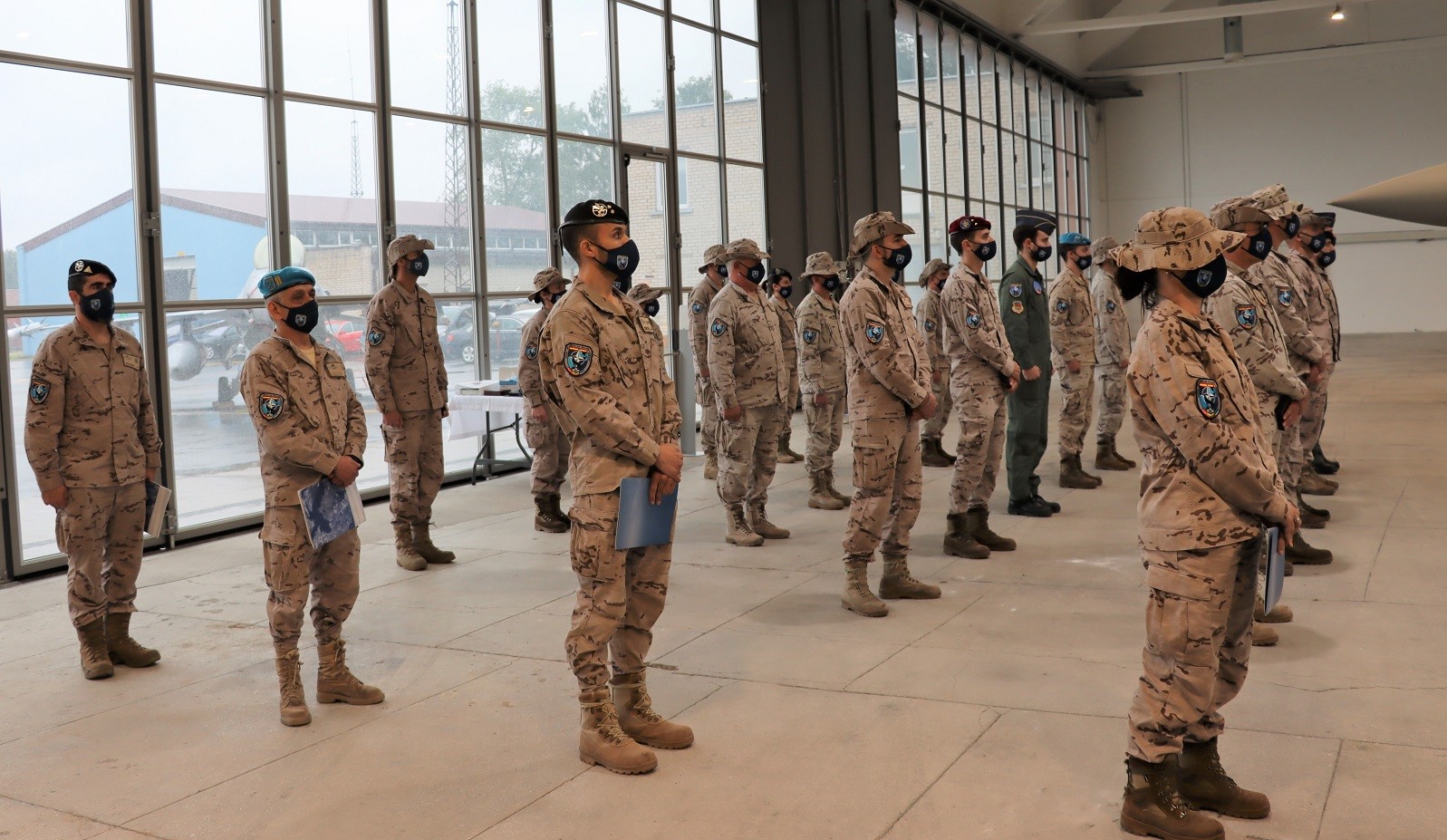 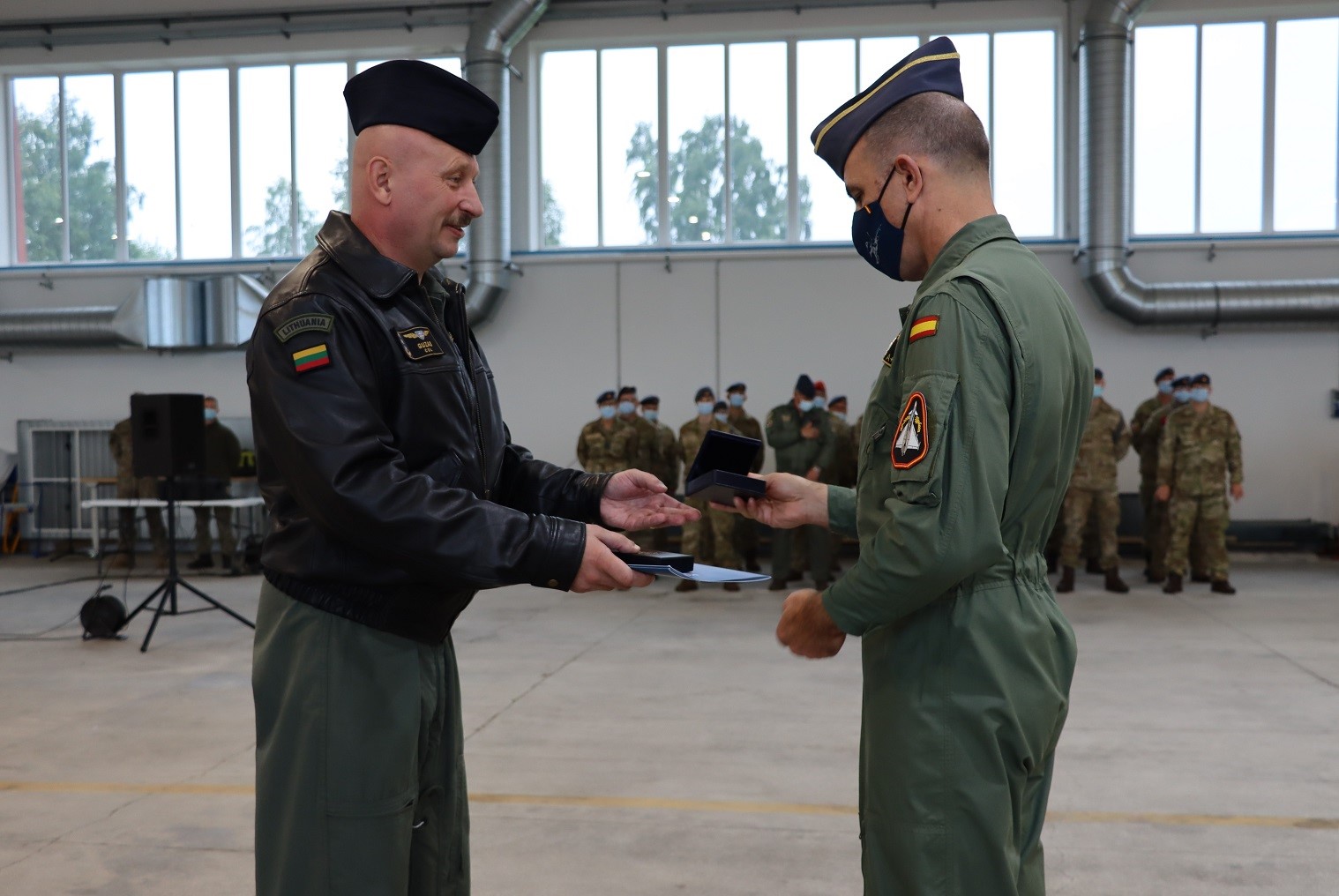