This morning, the President of the Government of Spain, Pedro Sánchez Pérez-Castejón, paid a visit to the Vilkas 2021 Detachment facilities in Lithuania where he was able to verify the important role that our Armed Forces play within the Baltic Air Police operation.

After receiving the corresponding honors, the President, accompanied by the Spanish Ambassador in Lithuania José Mª Robles Fraga, received a briefing from the Lieutenant Colonel Chief of Force, Bayardo Abós Álvarez-Buiza, they were informed about the details of the mission in which Spain participates within the Alliance, as a leading nation.

Later, after meeting with the President of the Republic of Lithuania, Gitanas Nausėda at the Šiauliai Air Base Headquarters, both went to the hangars where the Eurofighters are located in “QRA” (Quick Reaction Alert), to make their respective institutional statements and dedicate a few words to the Spanish troops.

During the speech of President Nausėda, the maintenance personnel and the pilots had to interrupt the event to get ready the two Eurofighters stationed there due to an “Alpha Scramble” alert. Aircrafts in "QRA" have to be ready for take-off in less than fifteen minutes.

The delegations, the troops and press personnel, had to abandon the area immediately to allow the two aircraft to leave. Despite the circumstances, this situation allowed the assistant personnel, including both presidents, to verify the high degree of preparation, efficiency and reaction of the components of the Vilkas Detachment.

After witnessing the take-off of both Eurofighters, in just nine minutes after the activation of the Alfa Scramble alert, all the necessary technical means were quickly installed again and the institutional statements were resumed, President Sánchez addressed a few words to the Spanish contingent where he recognized the importance of the work carried out in the Baltic in defense of security within the NATO framework.

Since last April 30, Spain has led the rapid reaction alert mission integrated in the Air Police in the Baltic "BAP" (Baltic Air Policing), with the 'Eurofighters' of Wing 14 and 134 soldiers from different units of national territory, being this the eighth Spanish participation. 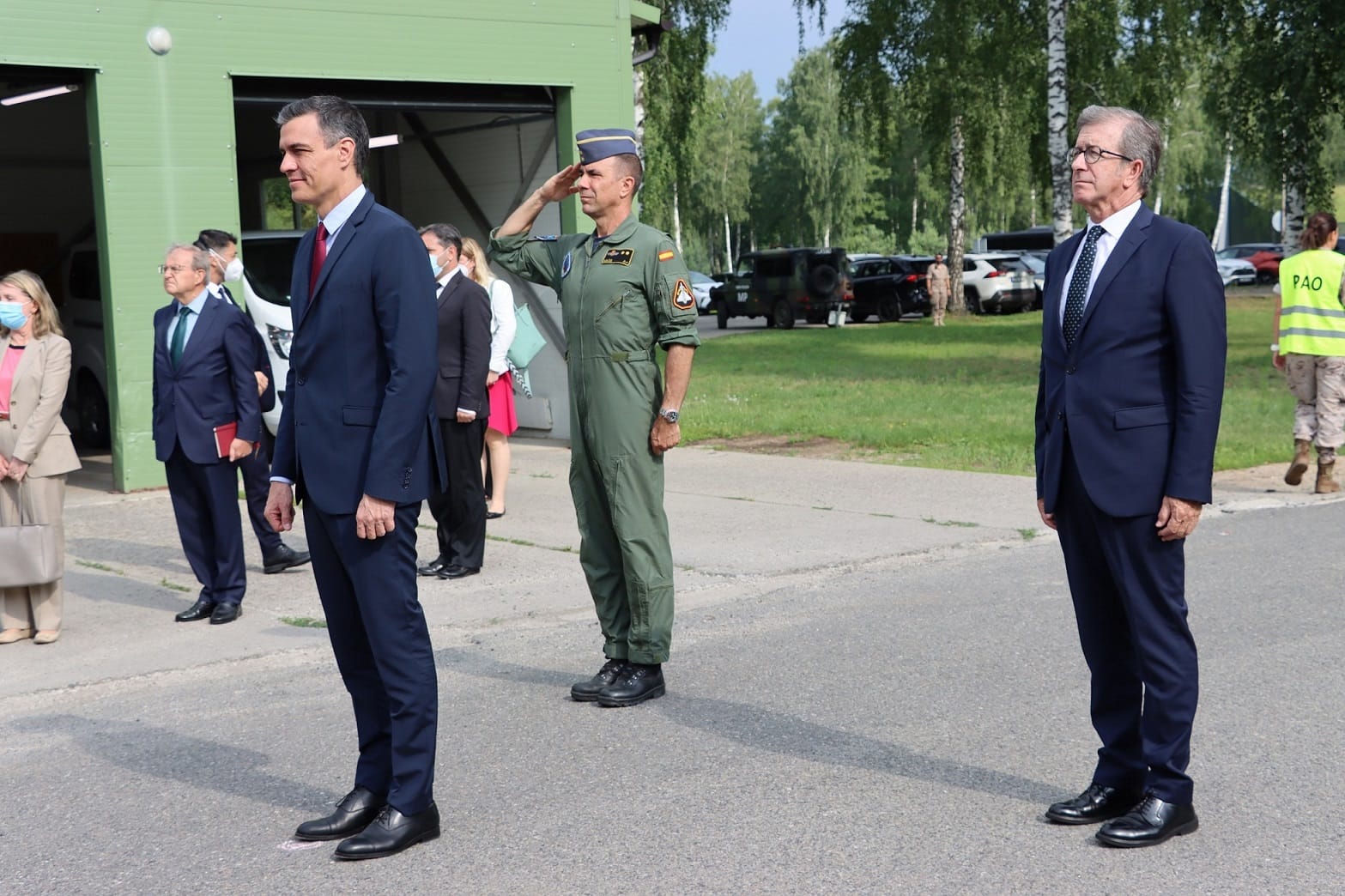 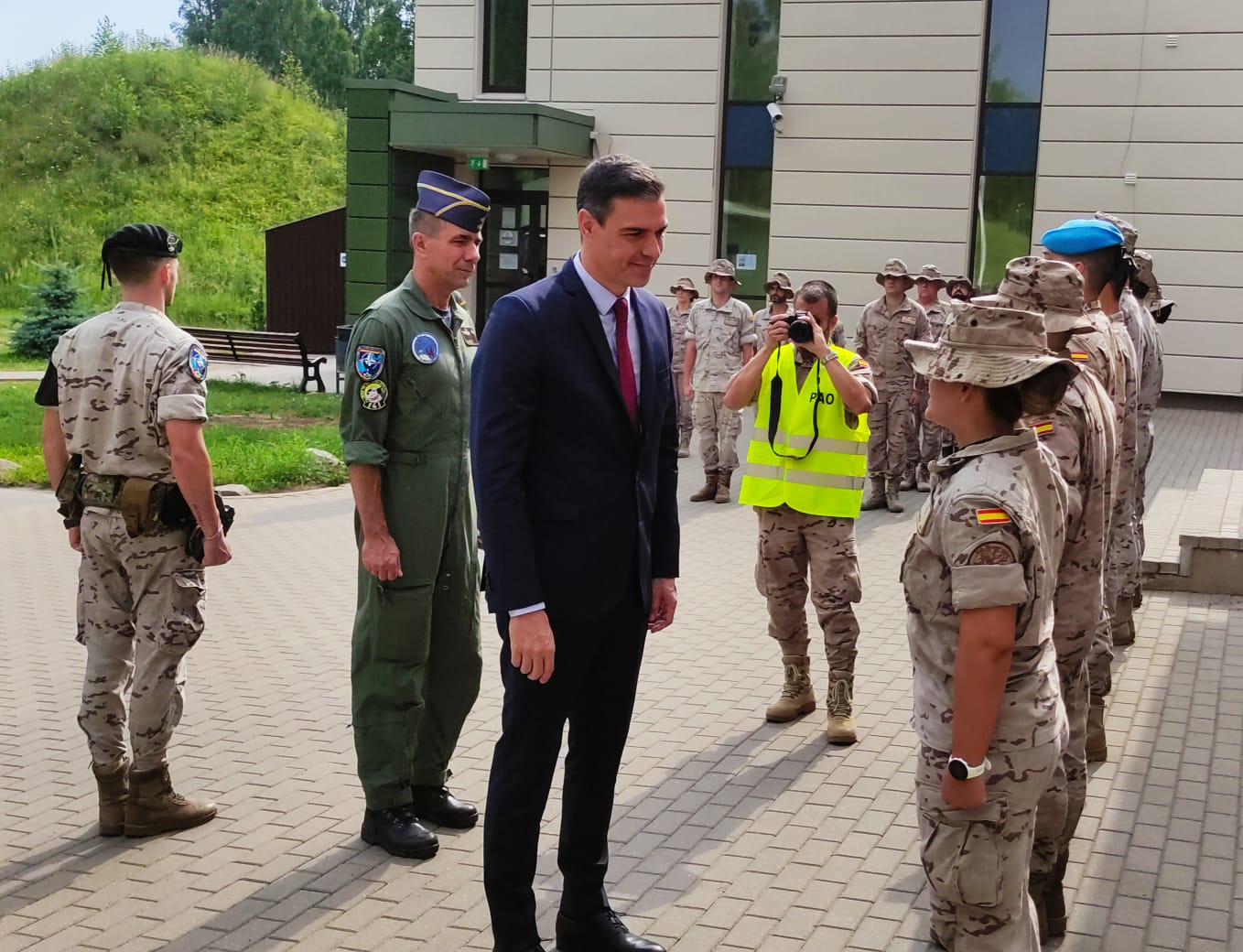 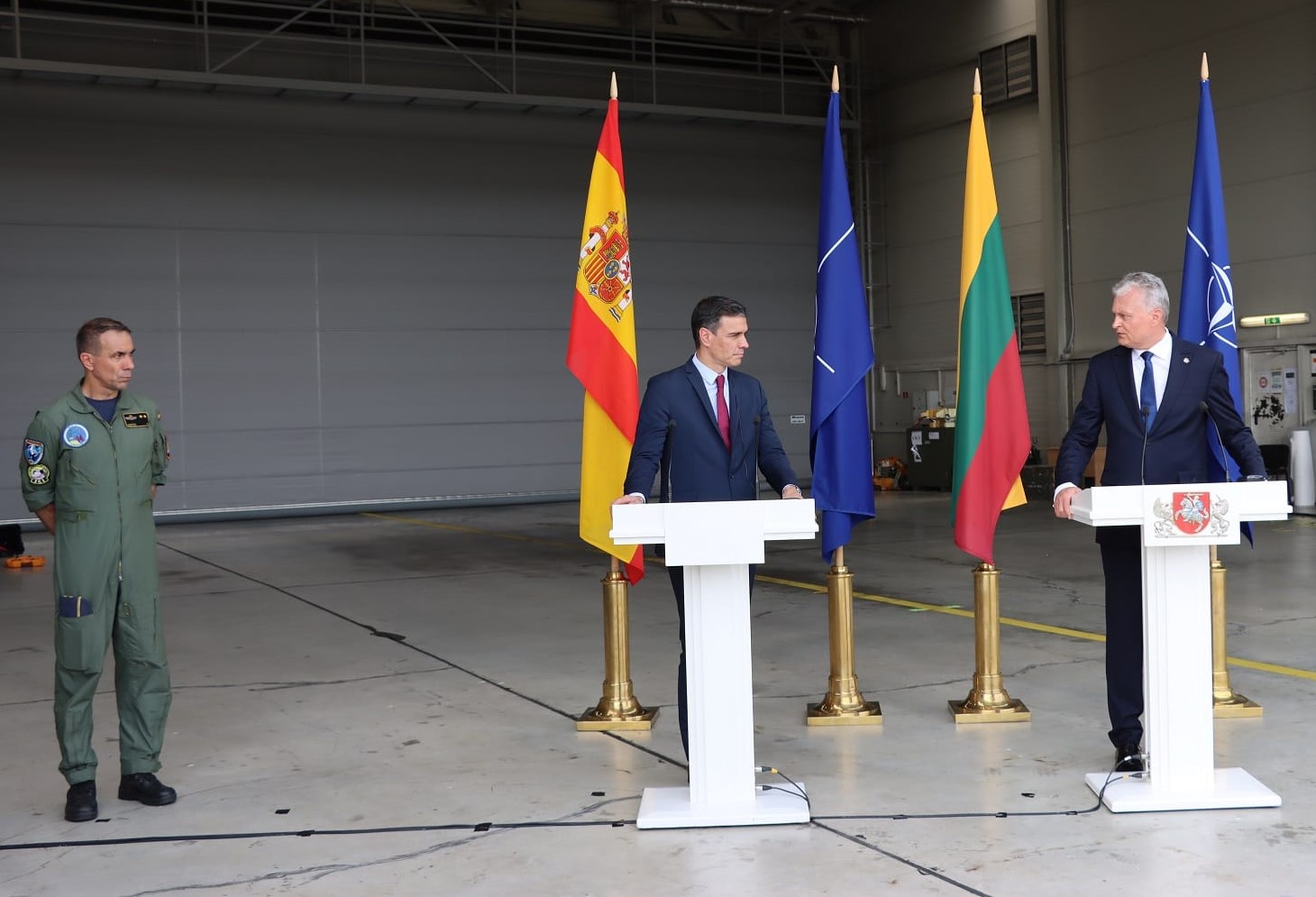 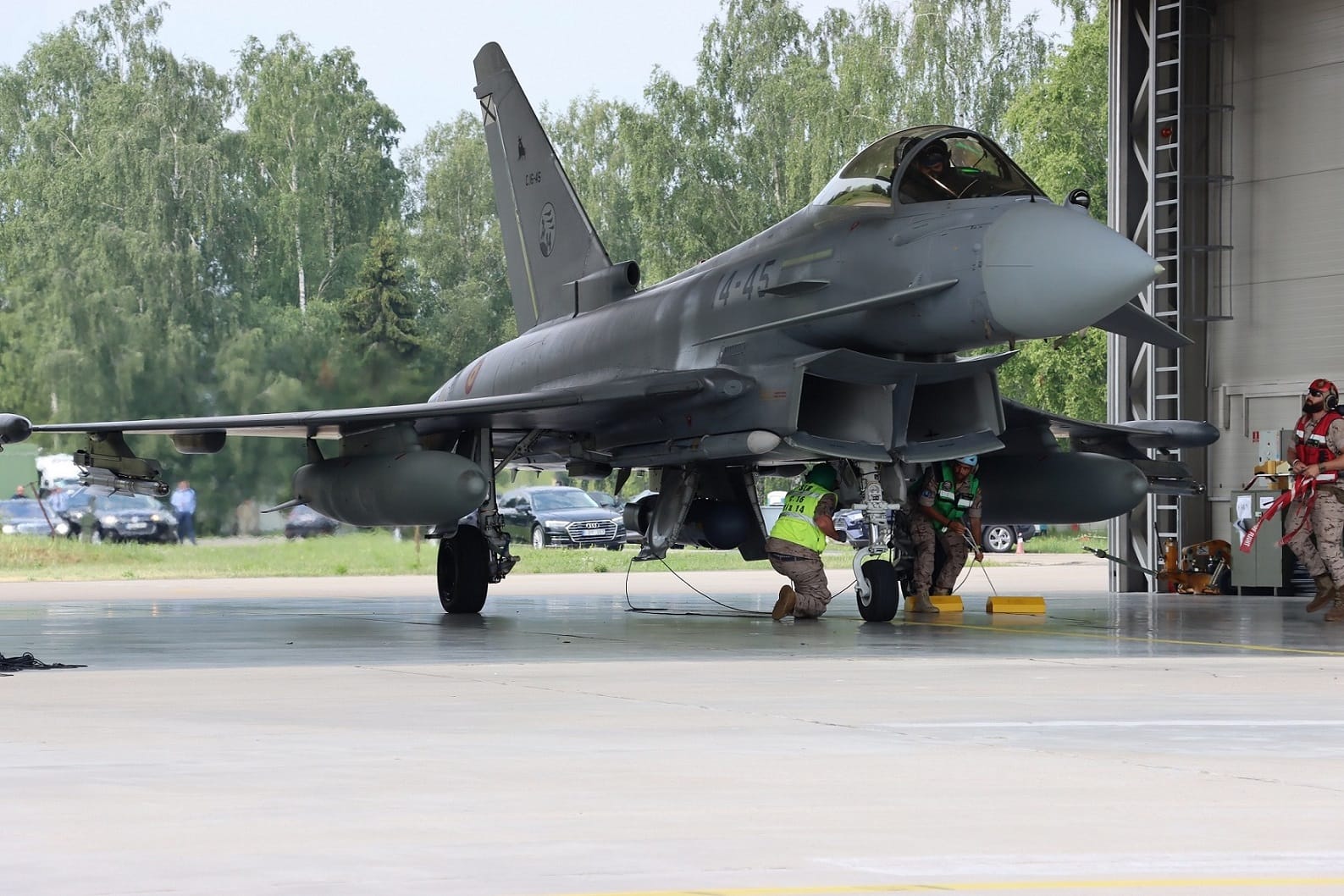