The contingent deployed in Afghanistan presents a mural inspired on the painting “Rocroi, el último Tercio”

·       The Spanish Ambassador to Kabul unveils a mural inspired on the painting by the famous Spanish painter of battles, Ferrer-Dalmau, as part of the commemorative events held on the National Day of Spain.

The Spanish contingent belonging to the Resolute Support Operation in Afghanistan has presented a mural based on the painting “Rocroi, el último Tercio” by Augusto Ferrer-Dalmau. The Spanish Ambassador to Kabul, Gabriel Ferrán, was the person in charge of unveiling the mural, during a ceremony held within the framework of the activities on the occasion of the National Day of Spain.

Ferrer-Dalmau has freely surrendered the rights, to allow for this magnificent painting to be used in the enhancement of Spanish militia´s values on far-off foreign lands of Afghanistan. This enables to reveal the glorious past of the Spanish Army, whose spirit is still forged by its heroes and by all those who have preceded us.

Participants in this ceremony had the chance to be delighted with the spectacular painting inspired in the Spanish Tercios, being worldwide known as some of the best soldiers that have emerged from nations.

For a century and a half, their way of combining pikes and swords together with arquebus and muskets was not in vain, creating a legend of invincibility among all Spanish enemies. They were the heart of the House of Hartsburg, and they established its hard core, which was the definitive tool to gain the victory in the European battlegrounds.

The painting portrays the last moments of the Rocroi battle, during the Thirty Year´s War, on 19th May 1643 near a French locality. 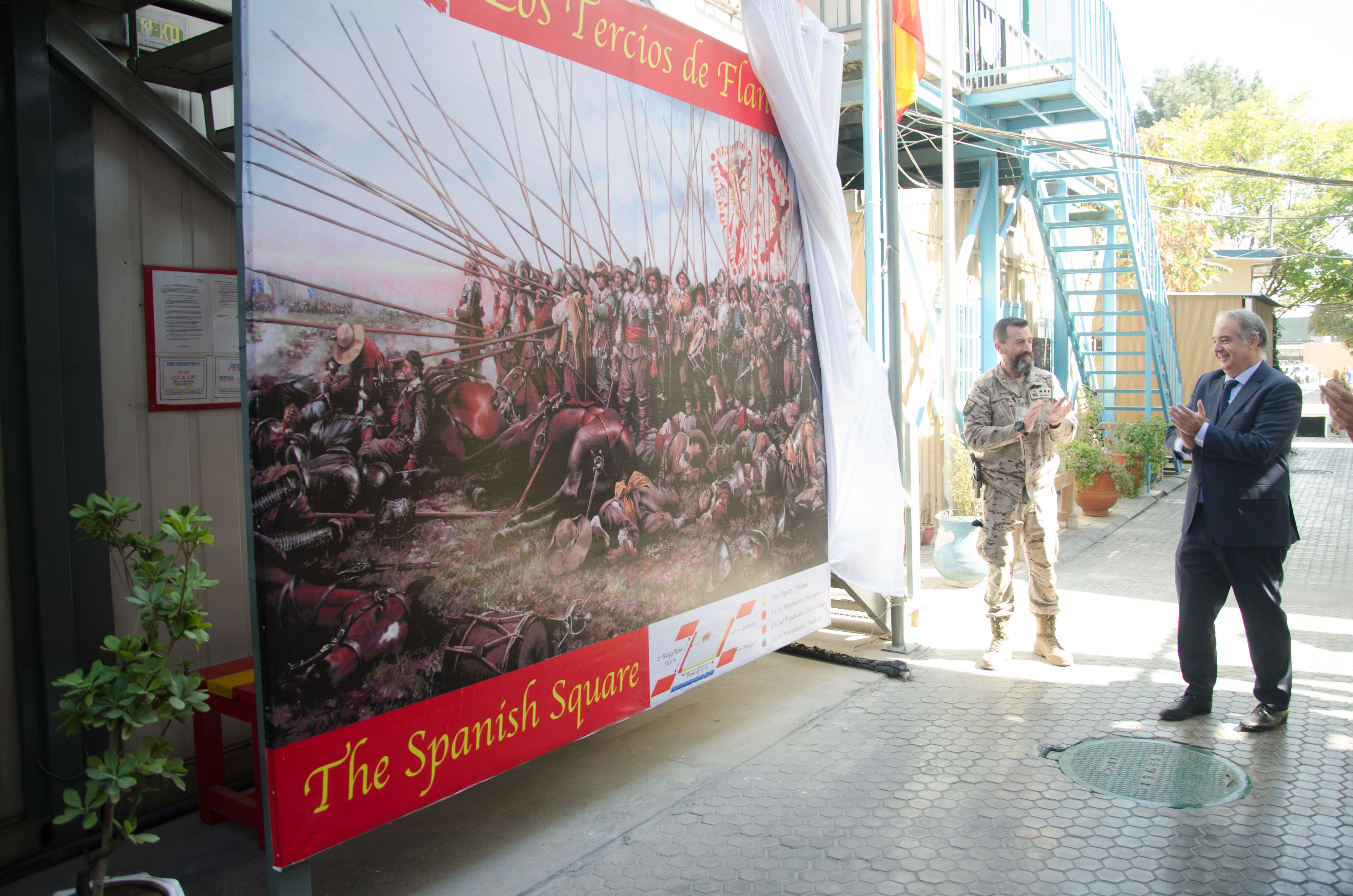