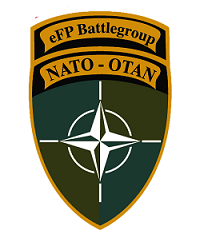 NATO has enhanced its presence in the eastern part of the Alliance, with four multinational battle groups in Estonia, Latvia, Lithuania and Poland. These battle groups, led by the United Kingdom, Canada, Germany and the United States respectively, are multinational, and combat-ready, demonstrating the strength of the transatlantic bon

Their presence makes clear that an attack on one Ally will be considered an attack on the whole Alliance. NATO’s battle groups form part of the biggest reinforcement of NATO’s collective defence in a generation. 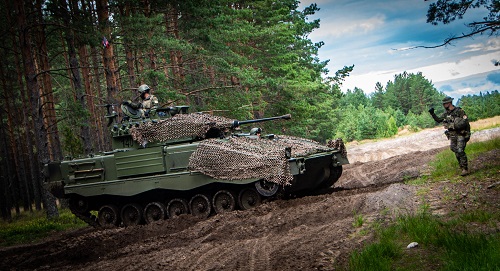 Allies agreed at the Wales Summit in 2014 to implement the Readiness Action Plan (RAP) in order to respond swiftly to the fundamental changes in the security environment on NATO's borders and further afield.

Building on the RAP, Allies took further decisions at the Warsaw Summit in 2016 to strengthen NATO’s deterrence and defence posture and to contribute to projecting stability and strengthening security outside of Alliance territory.

Together, these decisions are the biggest reinforcement of Alliance collective defence in a generation. Combined with the forces and capabilities required for rapid reinforcement by follow-on forces, these measures will enhance the security of all Allies and ensure protection of Alliance territory, populations, airspace and sea lines of communication, including across the Atlantic, against threats from wherever they arise.

Ministers also decided a number of tailored measures to increase NATO presence in the southeast of the Alliance on land, at sea and in the air with more multinational land training, combined joint enhanced training, more maritime activity and increased coordination. 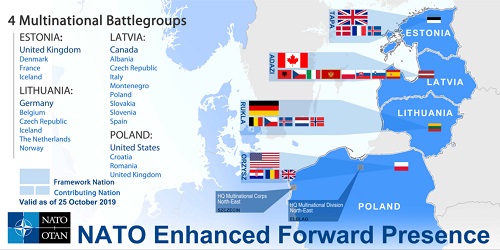 Fully deployed in June 2017, NATO’s enhanced forward presence comprises multinational forces provided by framework nations and other contributing Allies on a voluntary, fully sustainable and rotational basis. They are based on four rotational battalion-size battle groups that operate in concert with national home defence forces and are present at all times in the host countries.

Canada, Germany, the United Kingdom and the United States are the framework nations for the robust multinational presence in Latvia, Lithuania, Estonia and Poland respectively. 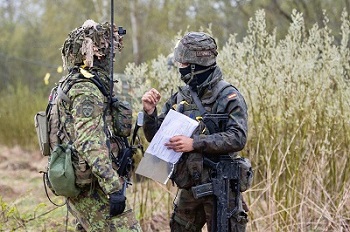 The eFP mission aims to maintain deterrence against any aggression against our Baltic Allies through a defensive deployment and is in line with the Alliance's commitment to assist Allied countries.

The NATO Battle Group in the eFP mission deployed in Latvia ensures a credible and effective deterrent against any threat to our Baltic Ally, being ready to act in Latvia's defence if necessary, and demonstrating the strong commitment to the Alliance of the countries that make up the Alliance and its multinational character. 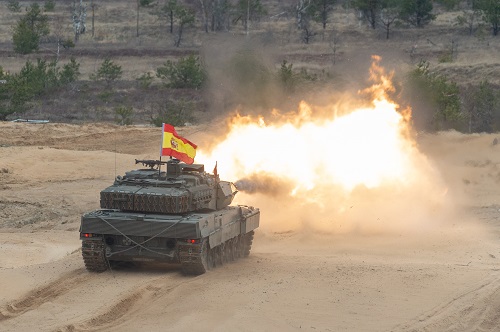 The Spanish contribution to NATO´s Battle Group in Latvia is visible in the troops that make up a Mechanised Tactical Subgroup, a Sappers Unit, different posts within the Battle Group´s Headquarter Command and the Latvian Brigade, as well as a national support element, which includes the Logistical Unit.

The main resources provided by Spain are the “Leopardo 2E” battle tanks and the “Pizzaro” infantry fighting vehicles (IFV). This is the first time that our country has deployed this type of resource in a foreign mission.

Moreover, other mechanized resources are also provided, such as the M-113 armoured personnel carrier, heavy mortars, engineering vehicle (VCZ) and the anti-tank guided missile Spike. It must also be pointed out the contribution of units that substantially improve fighting capacity of the Tactical Subgroup, such as the Joint Terminal Attack Controller (JTCA) and an unmanned aerial vehicle (UAV), named “Raven”.