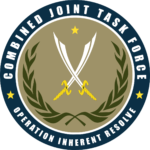 Roughly 150 Spanish troops contribute to the Combined Joint Task Force with the aim of instructing and training Iraqi security forces in its fight against DAESH.

The Task Force Toro (Helicopters Unit) also make up part of the Spanish contingent. They operate from Al asad Air Base and Its main mission is to provide air transport to Coalition tropos. Spain has deployed Chinook and Cougar helicopters.

Furthermore, the Spanish Armed Forces keep providing security and fighting terrorism in Iraq together with our allies in the NATO Mission Iraq (NMI).

The international coalition against the terrorist group Daesh emerged at the NATO Summit held in Wales in September 2014. It is protected by two UN Security Council Resolutions and relies on the direct support of the European Union.

Participation of the Spanish Armed Forces was passed by Congress  on  October  22nd. Initially, the deployment Would last six months, although the Government may extend it at the request of the coalition.

The international coalition was formed in response to a request for assistance from the Iraqi government to the UN Secretary General to try to stop the Daesh from advancing on its territory.

This jihadist group took advantage of the breakdown of Syria to rearm  and occupy a large area located between the two countries. In June 2014, Daesh launched an offensive in the north of Iraq and took control of various cities, such as Tikrit, Mosul and Samarra.

The Combined Joint Task Force against the Jihadism, composed of 74 countries and 5 international organizations, is led by the United States and was formalised following the signing of the United Nations Security Council resolution 2170/2014, inspired by NATO Wales Summit. Its objective is to halt the advance of the terrorist group Daesh in Syria and Iraq. The allied forces are supporting to Iraq against jihadist positions, being known that a rise of the DAESH in Kirkuk, Saladyn, Diyala and Al-Anbar is taking place.

The training of the Iraqi army by Spanish forces is also part of the coalition strategy, to help the Government of this Asian country to recover the territory occupied by the terrorists.

The ISR (Intelligence, Surveillance and Reconnaissance) unit was deployed at the Area of Operation, in Al Asad Base, on October 2017, reaching Full Operational Capability (FOC) on 15th December. Since that moment, it began to operate in support to Spanish, Coalition and Iraqi forces.