Following the French military intervention in Mali, on 18th January 2013, through an agreement of the Council of Ministers, Spain decided to support the French efforts with three measures: 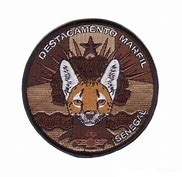 And the final measure deployed a T-10 Hercules plane from the Air Force to operate from Dakar in support of France and the AFISMA countries.

France launched Operation Serval in January 2013 to stop the advance of jihadis towards the south of Mali, to prevent the fall of the capital (Bamako) and to liberate the main northern cities that had become a safe haven for terrorists.

In the same month, Spain joined the mission with its decision to facilitate the overflights and temporary landing of aircrafts from EU member countries and with the deployment of the Marfil detachment in Dakar (Senegal).