The European Union Mission Headquarters in the Central African Republic (EUTM RCA) has hosted the handover - takeover  ceremony  between the Spanish Colonels Alfonso Barea Mestanza, outgoing, and Fernando Bermejo Cabrera, as incoming Chief of Staff. Likewise, other Spanish military personnel have been handed over from their positions, after seven months deployed in the region.

The Spanish Armed Forces are participating in this mission with six servicemen, on senior positions in the European Union operation, such as those of Chief of Staff and Head of Plans

EUTM RCA is a non-executive defence mission with the aim of contributing to the EU's effort in advising, training and education of the Central African Republic's armed forces, which started in 2016. Its objective is to support the reform of these Armed Forces and thus strengthen their capacity to contribute to the defence of their territory and the protection of their population.

The Spanish Armed Forces are involved in this mission since 2016, with the aim of contributing to the advice  at the strategic and operational level to rebuild the Central African Armed Forces and the cooperation with the Ministry of Defence to carry out their training. 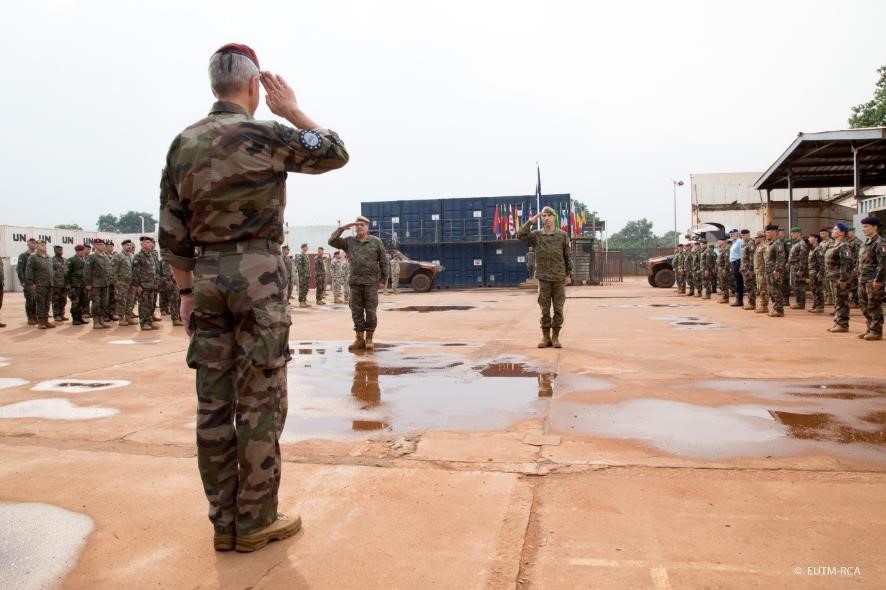