•    The 'Numancia' frigate sets off to Spain, after being the commanding ship of the operation

The 'Santa María' frigate takes over from 'Numancia' in operation 'Atalanta', the vessel will be deployed until October, under the operational control of the Operations Command. The crew of the 'Numancia' ends a four months tour, after carrying out more than 30 visits to fishing boats in the area and more than 100 coastal reconnaissance flights using the 'Scan Eagle' drone and the 3rd Squadron model 'AB-212' helicopter.

During the deployment, the unit has served as commanding vessel of the operation, commanded by Portugal between February and March, and by Spain from March to June. The 'Santa María' will continue commanding the operation,  contributing to the improvement of maritime safety in the area and supervising fishing activities off the Somali coast as primary mission. Another task is also to protect the ships of the World Food Programme (WFP).

During these months, the 'Numancia' has implemented all health protocols against the COVID-19 pandemic; it led to reduce crew´s leaves while docked. And, since March 8th, more than 200 people have been permanently on board, restricting contact with local population.

The European Union's Atalanta operation has its multinational headquarters at Rota Naval Base. More than 8,000 Spanish military personnel have served in this operation since it  started, more than 11 years ago, showing the Spanish commitment to the European Union and the maritime security in the current conflict scenarios. 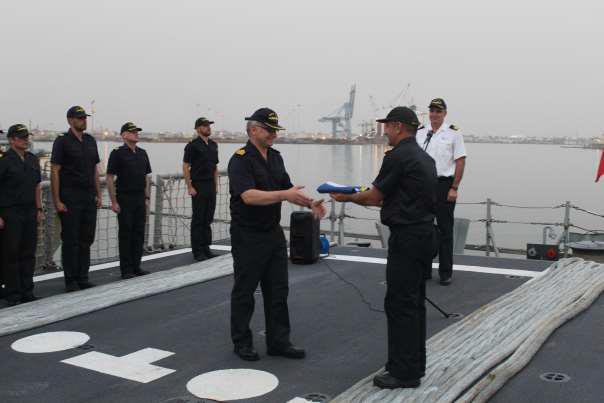 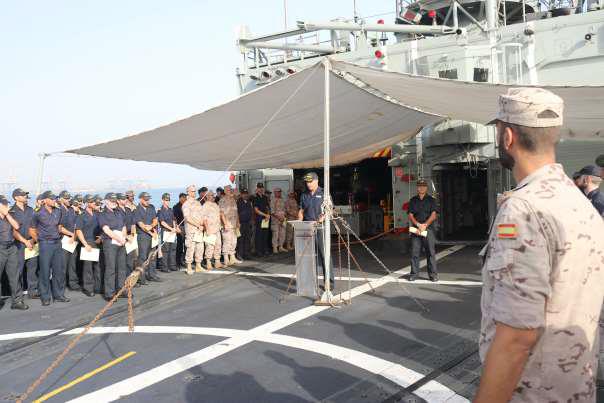