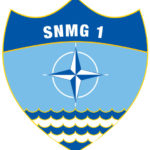 Their main areas of operation are the Mediterranean, the Black Sea, the Baltic, the Northern Flank and the Southern Corridor (from the Strait of Hormuz to the Suez Canal, including the coast of Somalia).

Through agreement of the Council of Ministers, for 2019 participation in the operation has been authorised and the following resources have been offered to NATO:

Mine Countermeasures "Tajo" (MHC) 1st March to 31st May

·         September 14. ‘Turia’ minehunter, will be incorporated into the Standing NATO Mine Countermeasure Group no. 2 (SNMCMG-2)

·         August 25. 'Cristóbal Colón' frigate departs from Ferrol to join the Standing NATO Maritime Group (SNMG-2), where it will remain until December.

·         February 25. 'Victoria' frigate departs from Rota to be integrated into the Standing NATO Maritime Group (SNMG-2) for the next three months.

·         February 15. 'Segura' minehunter joins the Standing NATO Mine Countermeasure Group no. 2 (SNMCMG-2) for the next three months.