Training and assistance mission in Afghanistan 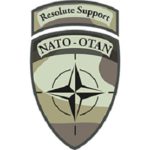 Resolute Support Mission or Operation Resolute Support is a NATO-led train, advise and assist mission consisting of over 13,000 troops in Afghanistan, which began on January 1, 2015. It is a follow-on mission to the International Security Assistance Force (ISAF) which was completed on December 28, 2014

From the beginning, Spain was involved, together with its allies, in the pacification and reconstruction of Afghanistan. During this mission, our Army Forces have conducted 28.000 patrols, have travelled three million kilometres and have conducted more than 1.400 missions detonating and disarming unexploded devices.

9/11 was the trigger for the intervention of international forces in Afghanistan. This was a country where there was no other government structure than tribal leaders, where there were no organised security forces, just militias, and where the Taliban maintained their power over an increasingly ignored and suppressed population.

·         May 28. The Special Operations Joint Command (MCOE, in Spanish), based in Retamares, (Madrid), undertakes command of the operational deployment within the framework of the NATO operation “Resolute Support” in Afghanistan.

·         October 27: the presence of the Spanish contingent at the Forward Support Base of Herat ceases.

·         December 11: terrorist attack strikes the Spanish Embassy in Kabul, in which two Spanish Policemen belonging to the security personnel of the Embassy pass away.

·         February 21: Bernardo de Gálvez II Base in Ludina and Rickets Base in Moqur are ceased.

·         November 4: Spain transfers the responsibility of the Badghis´ security.

·         April 3: the ISAF contingent is extended. It includes, among its objectives, the training of the Afghan Army and Police Forces.

·         October 1: Spain assumes the leadership and management of Kabul airport.

·         July 28: agreement between Spain and the Afghan government for financing and training a company from the Afghan Army and for building a confinement to barracks in Qala-i-Naw.

·         March 6: the ISAF and the new Afghan security forces initiate their first major joint operation against rebellion in the south of the country.

·         October 5: NATO expansion process is completed all over Afghanistan territory.

·         September 11: terrorist attacks on the Twin Towers and the Pentagon