The offshore patrol vessel 'Serviola' has set off from Ferrol, to conduct surveillance and security in the maritime areas of sovereignty and national interest in the south of the peninsula. It will be present in the Gulf of Cadiz, Strait of Gibraltar, Alboran Sea and Spanish sovereignty rocks in the North of Africa, within the permanent operations of the Armed Forces.

This is the third time this year that P-71 'Serviola' is integrated into the Maritime Operational Command (MOM), under the operational control of the Operations Command (MOPS).

P-71 'Serviola', commanded by Lieutenant Commander Joaquín Pita da Veiga Subirats, has a crew of 7 officers, 10 non-commissioned officers, and 29 sailors. On this operation, it also embarks an Operational Security Team (EOS) made up of 7 marines belonging to the 'Tercio Norte'.

Its main task is to conduct surveillance and maritime security operations in areas of sovereignty and national interest. It also provides support to other government agencies to counter illegal immigration, drug trafficking and other criminal activities. The vessel is capable to carry out maritime interdiction operations (visit, search and, if necessary, seizure of ships) and to provide aid, rescue and assistance at sea if required.

During this period, P-71 'Serviola' is scheduled to call at the port of Melilla, in order to carry out naval presence and to make known the Navy's contribution to maritime security operations. Due to the current situation of the COVID-19 pandemic, the ship is not scheduled to receive visits.

During this period, the `Serviola' is scheduled to call at the port of Melilla, in order to carry out naval presence and to show the Navy's contribution to maritime security operations. Due to the COVID-19 pandemic, the ship is not intended to receive visits.

MOM is the organization of the operational structure of the Armed Forces, subordinate to the Chief of Defense Staff (JEMAD), responsible for planning, conducting and monitoring surveillance and security operations in maritime areas of sovereignty, responsibility and national interest. It is under the command of the Admiral of Maritime Action (ALMART) and is based in Cartagena (Murcia).

Permanent operations are an effective tool to ensure the surveillance of sovereign spaces, which allows for an early detection of threats and allows for an immediate and effective response in the event of a potential crisis.

Offshore patrol vessel 'Serviola' is the first of a series of four patrol vessels built for the Navy in the shipyards of the former Empresa Nacional Bazán (today NAVANTIA) in Ferrol, at the beginning of the 90's. It was launched in 1990 and commissioned to the Navy in March 1991.  It has a length of 68.65 meters and a beam of 10.40 meters. 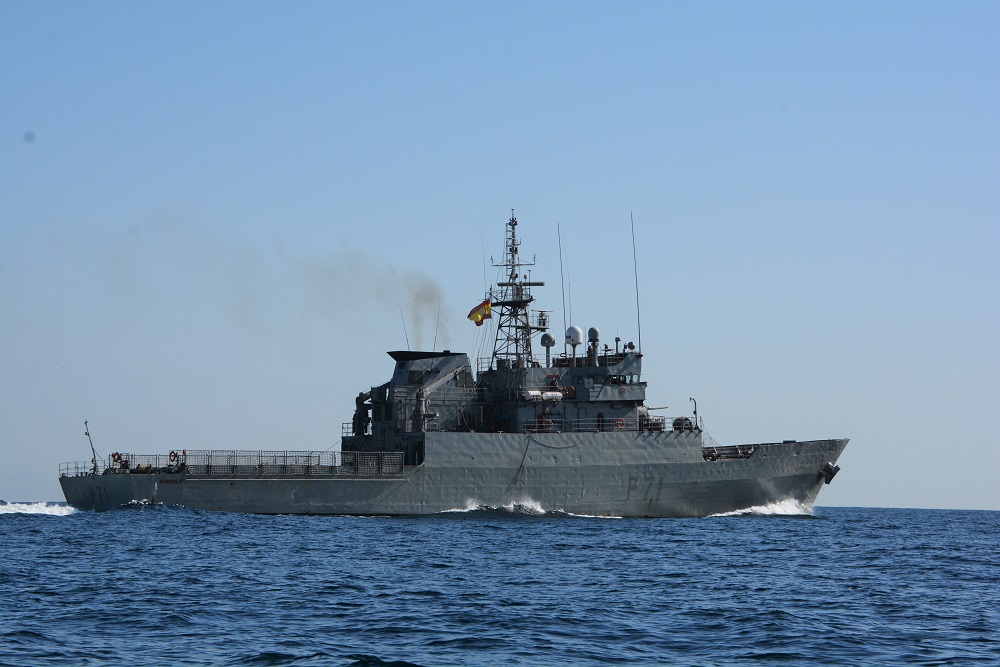 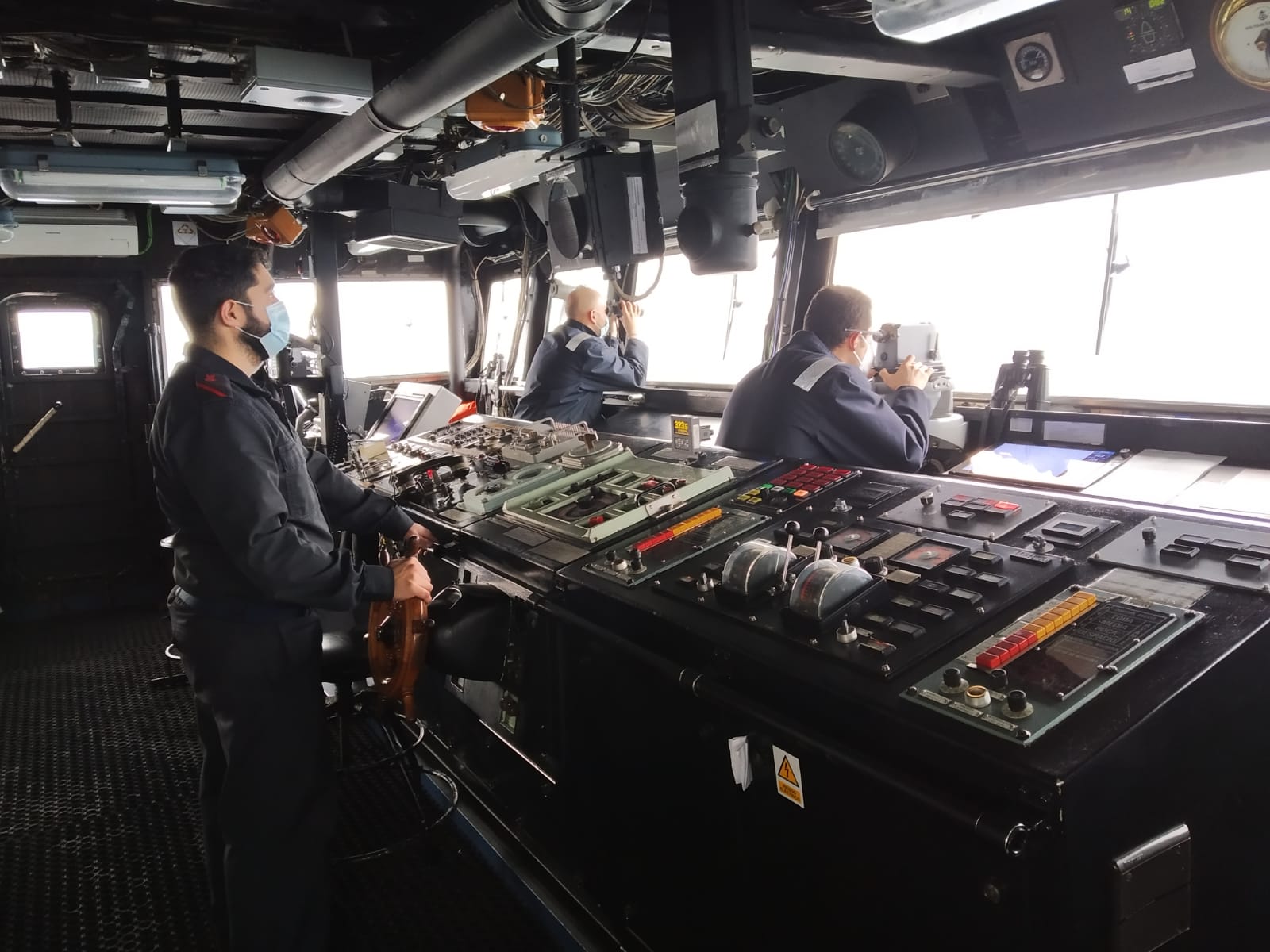 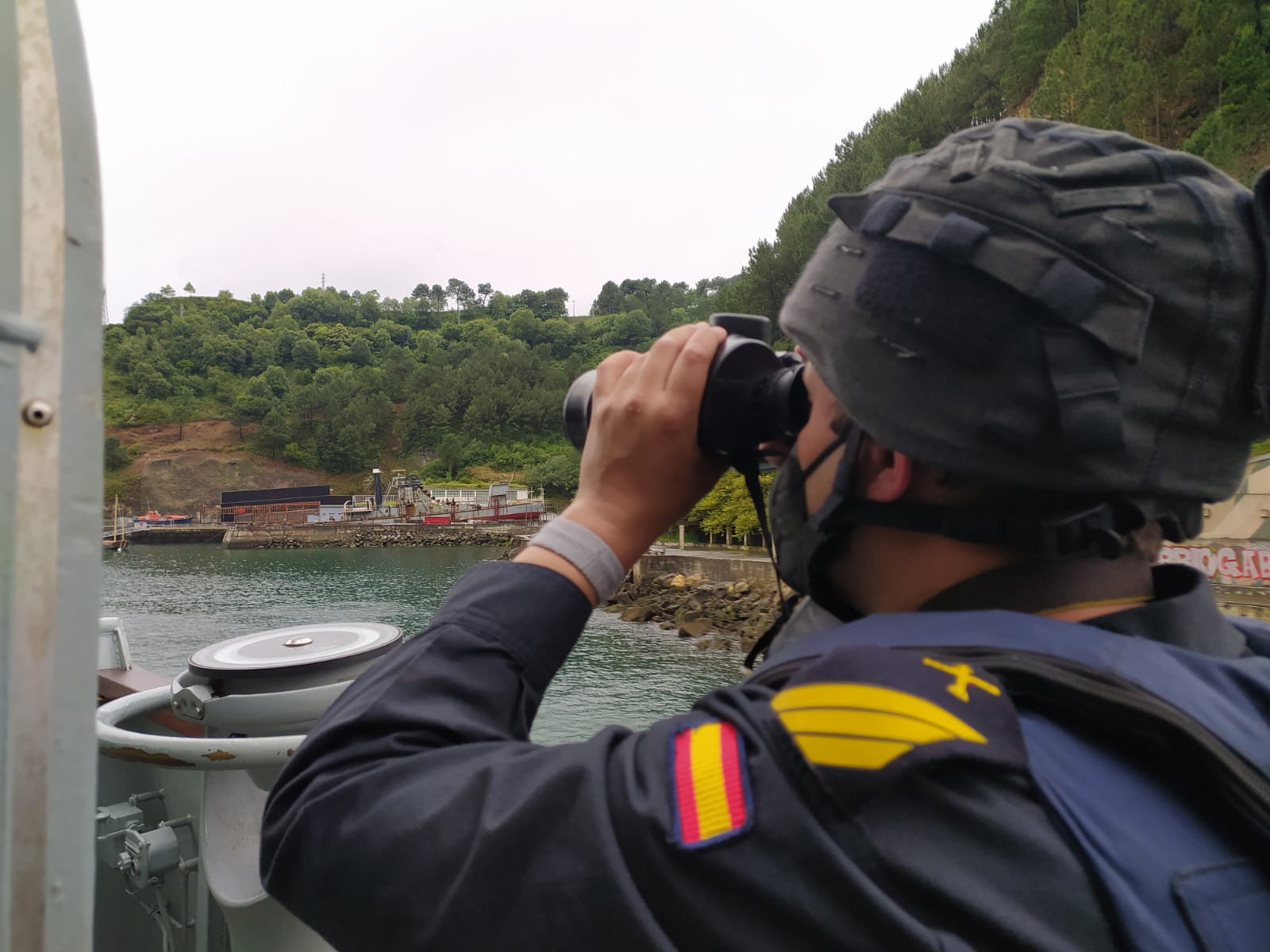