Lieutenant General Francisco Braco, Commander of the Operations Command (MOPS), has visited the detachment of Alboran Island, along with MOM Commander, aboard the BAM 'Audaz'. This ship is currently integrated in that Command as part of the Permanent Operations.

After the welcoming ceremony and hoisting its insignia on board, CMOPS witnessed from the bridge the maneuver of departure from the port of Almeria, as well as the subsequent coastal navigation until sunset.

On the morning of July 10, CMOPS visited the Alboran detachment accompanied by Vice Admiral Sobrino. During this visit, they toured the detachment's facilities, under the command of Marines Captain Regla Barón Benítez. After returning to the BAM "Audaz", the Commander briefed the CMOPS and CMOM on the ship's capabilities to contribute to joint action. Subsequently, both authorities visited the ship and had the opportunity to witness several operational drills, as well as to participate in several meetings with the crew.

MOM is the organization of the operational structure of the Armed Forces, subordinate to the Chief of Defense Staff (JEMAD), responsible for planning, conducting and monitoring surveillance and security operations in maritime areas of sovereignty, responsibility and national interest. It is under the command of the Admiral of Maritime Action (ALMART) and is based in Cartagena (Murcia).

Permanent operations are an effective tool to ensure the surveillance of sovereign spaces, which allows for an early detection of threats and allows for an immediate and effective response in the event of a potential crisis.

The traditional Land Operational Command (MOT), Maritime (MOM), Aerospace (MOA) and the recently established Cyberspace (MOC) integrate the structure of Permanent Commands. On a daily basis, there are roughly 3,000 Armed Forces personnel involved in permanent operations, under the operational control of the Operations Command. 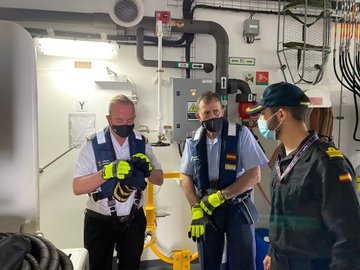 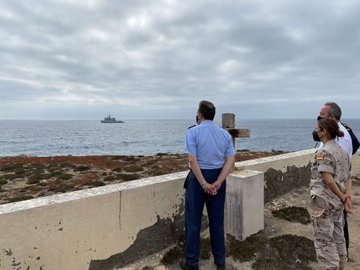