The patrol vessel 'Centinela' (P-72) participated with an estol from the Special Naval Warfare Force (FGNE in Spanish) in an opposed boarding exercise to a merchant ship that has been led by NATO's Maritime Command (MARCOM) as part of Operation Sea Guardian.

The Navy patrol vessel is currently carrying out its second maritime security operation in the waters of the Mediterranean Sea and the Gulf of Cádiz with the aim of carrying out surveillance and naval presence in areas of national interest integrated into the Maritime Operational Command (MOM in Spanish).

During the boarding, the merchant ship that acts as the 'target' simulated various active manoeuvres in order not to allow the boarding for a later visit of the search and inspection party from the patrol boat. This served the FGNE staff to test their procedures to assault the ship and take control of the merchant ship despite the resistance they have put up.

Meanwhile, the ‘Centinela’ provided fire support coverage with its staff and its operational security team, as a command planning centre for the FGNE and as a mother ship from which to launch the boarding.

The ‘Centinela’ (P-72), commanded by Lieutenant Commander Miguel Ángel Pereira Martínez, is the second ‘Serviola’ class unit and her home port is the Military Arsenal of Ferrol. As a unit of the Force, it is part of the Ferrol Maritime Action Command.

Its main mission includes carrying out surveillance and security operations of the maritime environment in areas of national sovereignty. In addition, it collaborates and supports other public bodies in the control of maritime traffic, fishing surveillance and the search and rescue of shipwrecks. 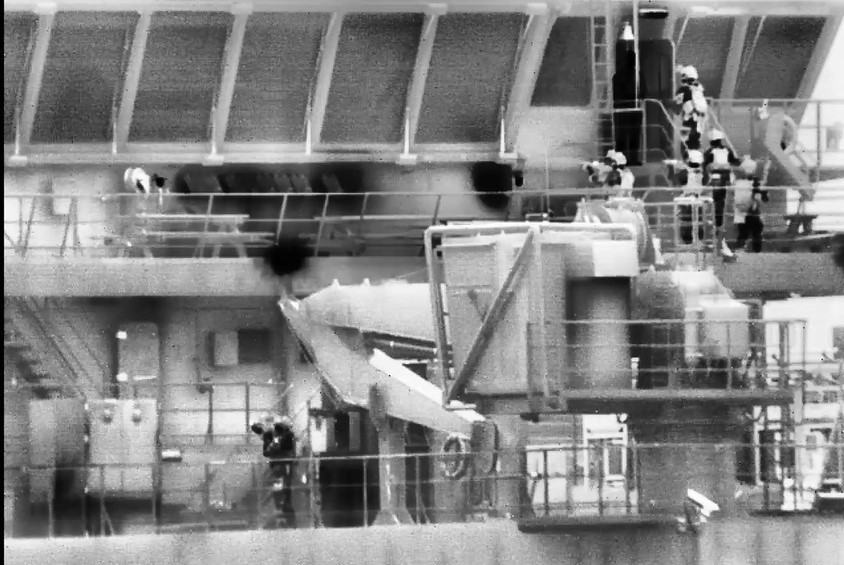