The Coast Artillery Defence Unit (UDACTA in Spanish) I/20 has been deployed along the coast of Cartagena with the main task of contributing to the surveillance of the Murcian maritime space, between November 9 and 15. The unit, coordinated by the Maritime Action Operations and Surveillance Centre (COVAM in Spanish), contributes to the increase of the national RMP (Recognized Maritime Picture).

The UDACTA, generated by the Army's 4th Coast Artillery Regiment, is integrated into the standing operations of the Armed Forces as part of the Maritime Operational Command (MOM in Spanish), under operational control of the Operations Command.

This unit will control the coastal area of Cartagena with coastal artillery assets along with the patrol boat 'Formentor” (P-82) and 'Toralla' (P-81) belonging to the Spanish Navy, improving knowledge of the maritime environment in this area.

A Protection Unit belonging to the III paratroopers Battalion,  “III Bandera Paracaidista Ortiz de Zárate” also participates in this deployment, which performs a fundamental task to guarantee the safety of personnel and assets on the compounds. A satellite team from RT 21 also participates, which completes the necessary links to guarantee all the operational capabilities of UDACTA.

COVAM, located in Cartagena, is the office belonging to the Maritime Action Force (FAM) to merge and analyse the information received from a large number of sources, the UDACTA among them. Thus, the COVAM obtains an accurate idea of everything that happens in maritime areas of national interest. This is what is known as Knowledge of the Maritime Environment (CEM), reaching the so-called 'Recognized Maritime Picture' (RMP). 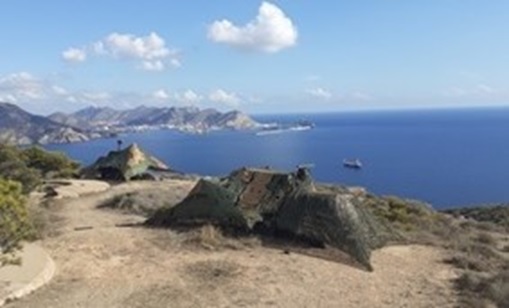 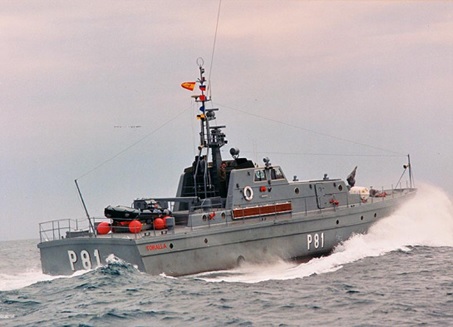