Offshore Patrol Vessel ‘Serviola’ will set sail on July the 18th to join the Maritime Security Command (MVSM in Spanish), under the operational control of the Operations Command.

The ship’s mission will be the implementation of the surveillance & control of sovereignty and national interests areas in the strait of Gibraltar and the sea of Alborán.

Despite COVID-19 environment, Armed Forces and specially the Navy, under the State action at Sea, go on working to secure maritime spaces of national sovereignty, responsibility or interest, both in international deployments or national territorial waters.

MVSM is a body belonging to the Staff of Defence, under the command of the Chief of Defence (JEMAD in Spanish) and via the Operations Commander (CMOPS in Spanish). Its mission is to plan, management and monitoring of surveillance and security operations related to maritime spaces of national sovereignty, responsibility or interest. MVSM is in command of the Maritime Action Force’s Admiral.

Spanish Armed Forces execute their missions 24/7 in order to contribute to maintain security inside and outside national borders, which include spaces of national sovereignty.

Navy ships carry out maritime surveillance tasks to contribute to the maritime environment knowledge within the designated maritime área.

The offshore patrol boat “Serviola” is the first of a series of four patrol boats built by NAVANTIA (former Bazán) in its Ferrol shipyards. The ship was launched in 1990 and delivered to the Spanish Navy on October 2nd 1992. Its length is 68,65 meters and its beam is 19,40 meters.

The “Serviola” is part of the Maritime Action Force and her home port is the Military Arsenal of Ferrol. She is adequately fitted out to carry out surveillance and protection tasks in our EEZ (up to 200 miles). Her range (8,000 nm) permit prolonged periods at sea; more than 30 days.

Commander Francisco Delgado Urrutia is in charege of the ship; the crew consists of 47 people: 8 officers, 10 NCOs and 29 seamen and ratings. For current mission, 7 marine corps personnel have embarked. 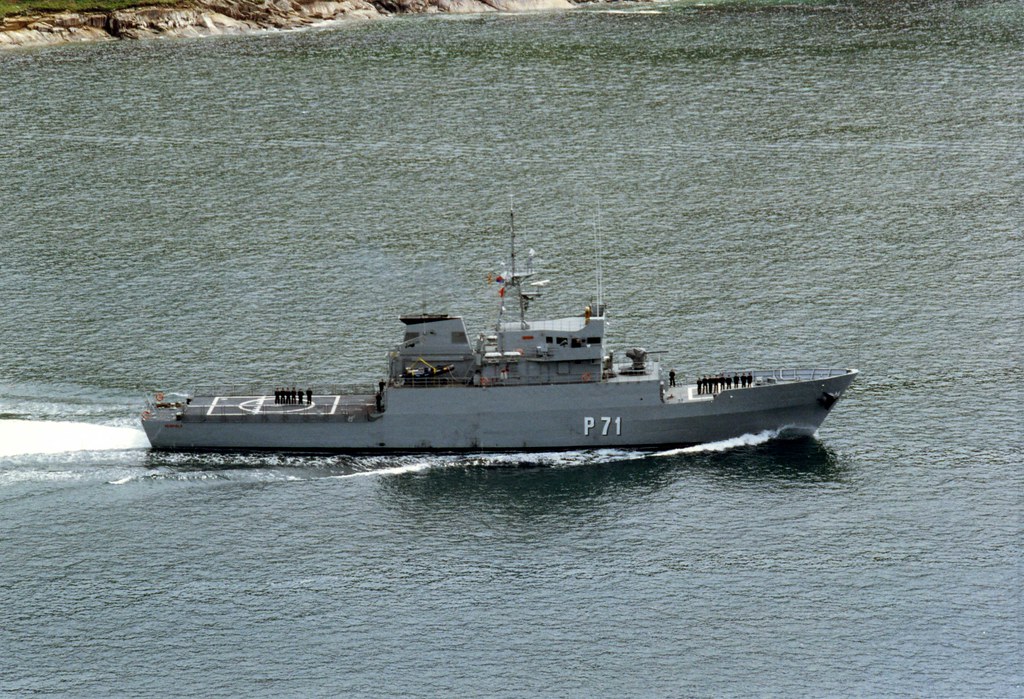