·      The sailor was on board a fishing boat sank last night

The Spanish Navy's patrol boat 'Vigia' has taken part in the search for a sailor who disappeared in the sinking of a fishing boat last night in the Alboran Sea.

In close coordination with the National Rescue Coordination Center, (COVAM in Spanish).  The 'Vigia' was tasked to start a search and rescue (SAR) operation, looking for the only missing crew member, of a total of four.

The searching for the missing sailor is being carried out in close coordination with other Sea Rescue units deployed in the area. For the time being, possible remains of the vessel have been found in the vicinity of the position where the Sea Rescue vessel found the sank ship´s beacon.

The deep-sea patrol vessel "Vigía", with side number P-73, is the third of the four vessels that make up the 'Serviola' class. It was built in Ferrol by Navantia and was delivered to the Navy on 23 March 1993.

Since it was delivered to the Navy, the 'Vigía' has spent more than 2,722 days at sea and has sailed more than 400,000 nautical miles. It has participated in deployments beyond our borders, being particularly relevant the participation in the so-called "halibut war" in 1995, the apprehension of a ship with a cargo of hashish in 2010 and the deployment in the Gulf of Guinea in 2017.

Its main mission is maritime surveillance and security, contributing to our nation's security on our waters of sovereignty within the framework of the Armed Forces' permanent operations. 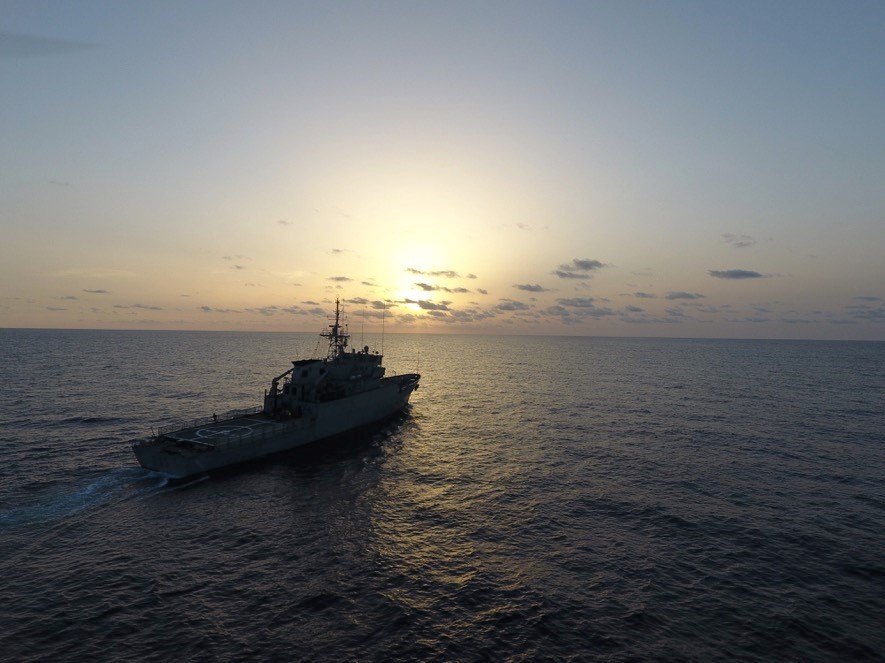