The Navy ship, part of the Maritime Surveillance and Security Command under the operational control of the Operations Command, will sail the Gulf of Cadiz, the Strait of Gibraltar and the Alboran Sea

The patrol vessel 'Atalaya' (P-74) will carry out a new maritime security and surveillance mission from April 20th until the end of the month, integrated in the operational structure of the Spanish Armed Forces under the Maritime Security and Surveillance Command.

The Spanish Navy ship will carry out its activity in the main areas of national maritime interest in the south of Spain, the Strait of Gibraltar and the Alboran Sea.

The 'Atalaya' will carry out, among other activities, an active presence in waters covered by the sovereignty of Spain, in the Alboran Island Marine Reserve and North African Rocks. The ship will also be responsible for the protection of the underwater archaeological heritage and the control of fishing in Spanish waters.

Despite the situation caused by the COVID-19, the Spanish Armed Forces, and the Navy in particular, continue working to guarantee the security and protection of areas of national maritime interest within the State's action at sea, whether in operations abroad or patrolling national waters.

The patrol vessel 'Atalaya' is one of the main surveillance units of the Spanish Navy Maritime Action Force. Its main missions currently include, among others, the maritime surveillance of the Spanish coasts and its Exclusive Economic Zone, the protection of maritime traffic lines and critical infrastructure and the contribution to activities to fight terrorism and illegal trafficking by sea.

In addition to these usual missions entrusted to this type of ships, the 'Atalaya' carried out an African Deployment on the coasts of the Gulf of Guinea and West Africa for four months during the second half of last year.

The 'Atalaya', commanded by Lieutenant Commander Valentín Calvar Cerecedo, is the fourth and last unit of the “Serviola” Class Oceanic Patrol Vessel and is based at the Military Arsenal in Ferrol. 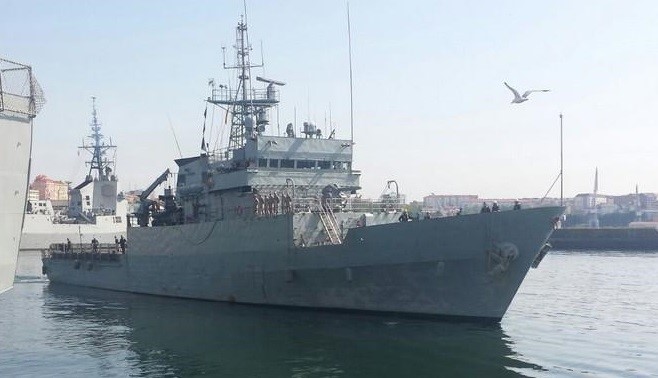