The offshore patrol vessel 'Serviola' and the frigate 'Méndez Núñez' have tracked and monitored the Russian frigate 417 Admiral Gorshkov, which was sailing south in the English Channel. This is a standard procedure when vessels from other countries sail through waters of national interest and is part of the Permanent Surveillance and Deterrence Operations.

On Friday 13, the Russian vessel was intercepted 20 nm north of the Spanish Exclusive Economic Zone (EEZ) and tracking by the patrol vessel began. Up to that moment, the French frigate D656 Bretagne and, previously, vessels from the different countries through whose waters the Russian frigate had sailed since it left Russian waters had carried out the tracking.

On the same Friday, the frigate F-104 Méndez Núñez, which had set sail from the Ferrol Arsenal on Thursday 12 in the afternoon, relieved the P-71 Serviola to continue monitoring the Russian vessel as far as Portuguese waters. This monitoring was handed over to the Portuguese authorities on Saturday, as it would have left our maritime area of interest.

Likewise, a D4 maritime surveillance carried out monitoring and positioning of the Russian vessel.

The MOC is the organisation of the operational structure of the Armed Forces, subordinated to the Chief of Defence Staff (JEMAD in Spanish), responsible for planning, conducting, and monitoring surveillance and security operations in maritime areas of sovereignty, responsibility, and national interest. It is under the command of the Admiral of Maritime Action (ALMART), based in Cartagena.

Standing Operations of surveillance and deterrence

Standing Watch and Deterrence Operations are effective tools for maintaining surveillance of sovereign spaces, allowing for early detection of threats and facilitating an immediate and viable response to a potential crisis.

The Land, Maritime, Aerospace, and the newly created Cyberspace Operational Commands make up the Standing Command structure. On a daily basis, some 3,000 Armed Forces personnel are involved in permanent operations, under the operational control of the Operations Command.

The OPV 'Serviola' is the first of a series of four patrol vessels built for the Navy in the Shipyards of the former national coompany Bazán (now Navantia) in Ferrol, in the early 1990s. It was launched in 1990 and delivered to the Navy on March 22, 1991. It has a length of 68.65 meters and a beam of 10.40 meters.

Its main mission currently includes running surveillance and maritime security operations in sovereignty areas and national interest. Likewise, it is common to support other state agencies in the fight against illegal immigration, drug trafficking, and other criminal activities. The vessel is prepared to carry out maritime interdiction operations (visit, search and, where appropriate, seizure of vessels) and provide aid, rescue and assistance at sea in the event that it is required.

The ‘Méndez Núñez’ frigate is the fourth vessel in the F-100 class. Its launching took place on November 12, 2004 at the Navantia-Ferrol shipyards. It was delivered to the Navy on March 21, 2006.

Its capabilities, among which is the AEGIS combat system, allow it to operate in all types of scenarios, becoming a valuable tool at the service of the foreign policy of the Government of Spain.

The vessel, under the command of Captain David Díaz-Caneja, has a crew of 105 soldiers. 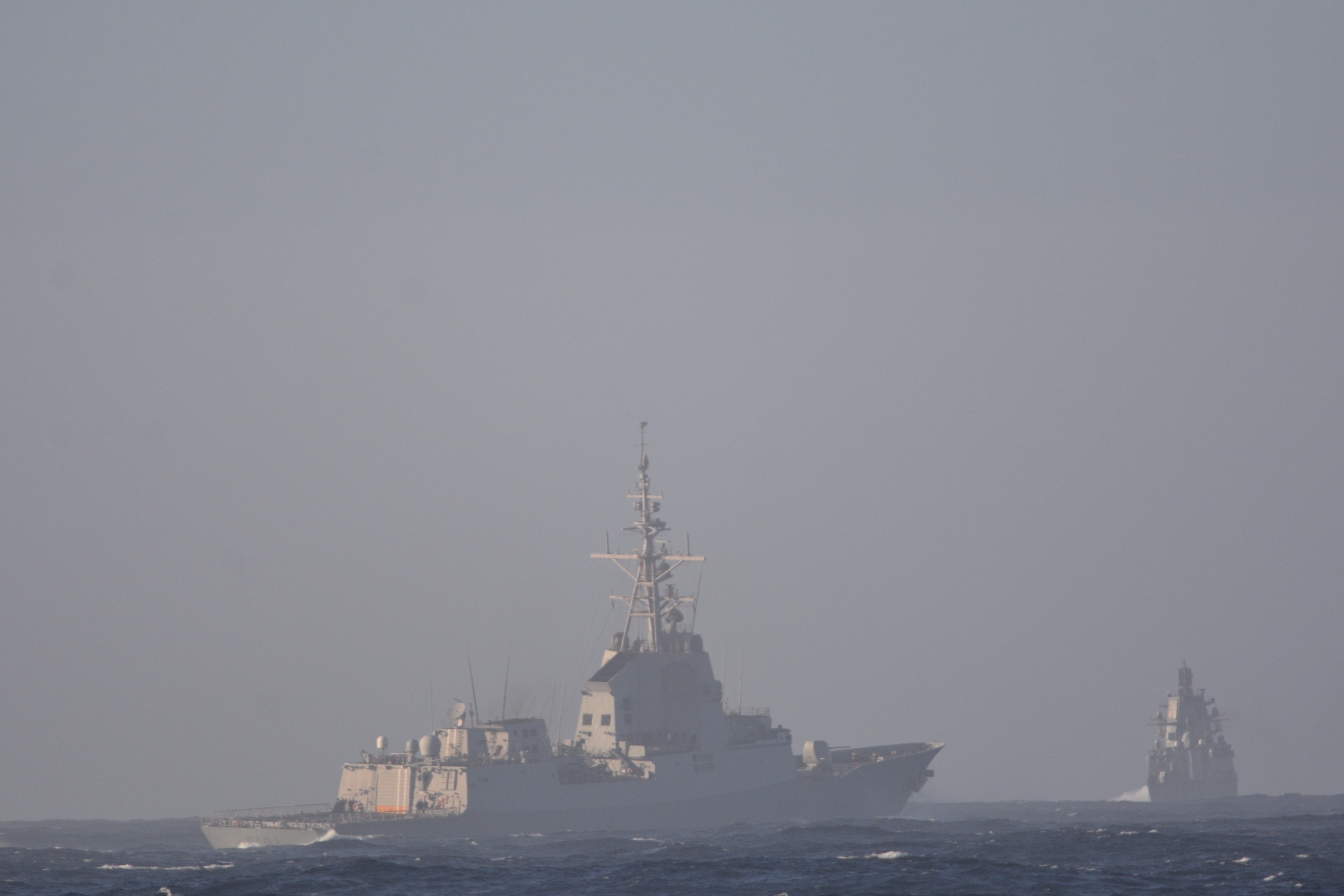