Standing Operations are a reflection of the commitment of the Armed Forces to the citizens and an element of national unity and solidarity among Spaniards. The units and commands of the operational structure of the Armed Forces are on alert every day of the year, every hour of the day, to face any threat against security in areas of sovereignty and national interest. The Armed Forces remain on permanent guard for the surveillance of land, maritime, air and cyber spaces:

Non-Standing operations are those in which this work is extended with the support provided by the Armed Forces in situations of risk or catastrophe, collaborating with civilian authorities in civil protection missions, or whenever assistance to citizens is required. Non-permanent missions are collaborative operations carried out at the request of civilian authorities or through the signing of specific agreements at national and/or international level, collaborating with member countries of international organizations subscribed by Spain. An example of this type of mission is the non-standing operation of support and advice to Ukraine and its Armed Forces.

INTERACTIVE MAP: Click on each mission to learn more 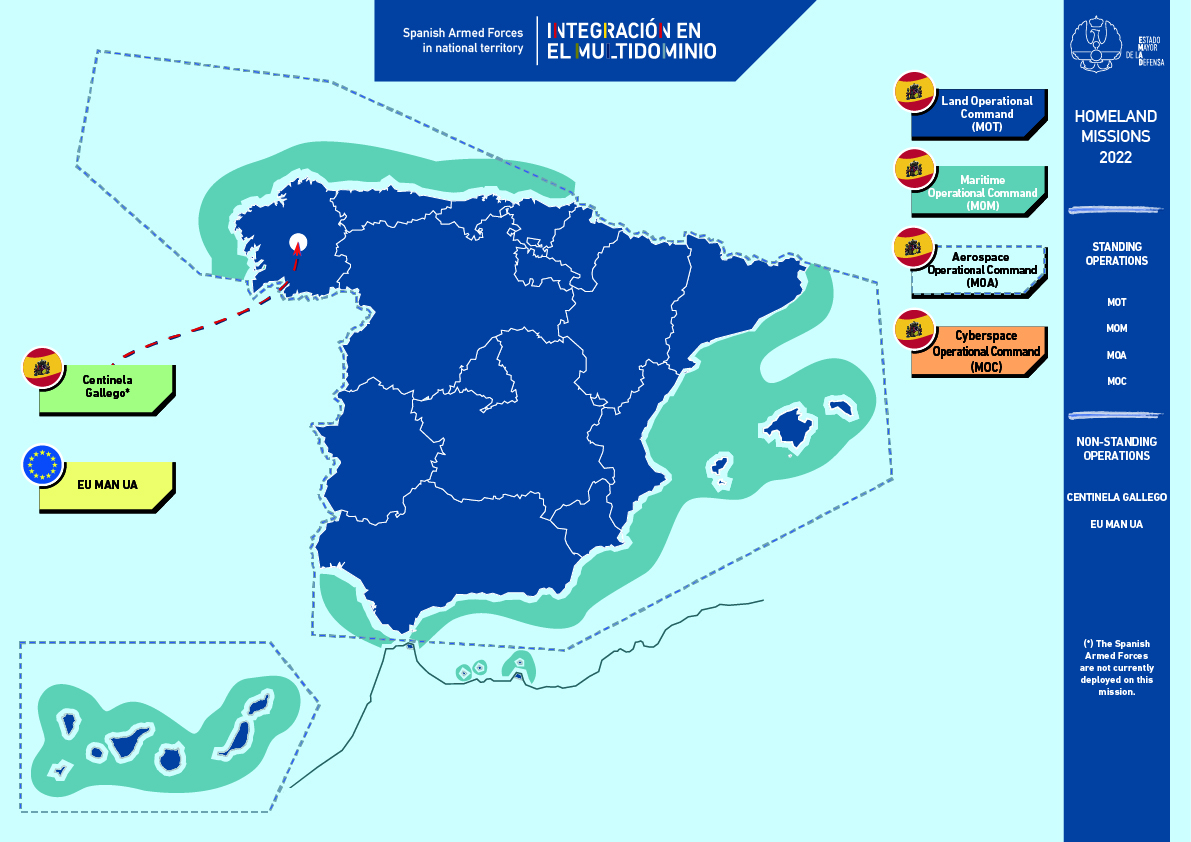