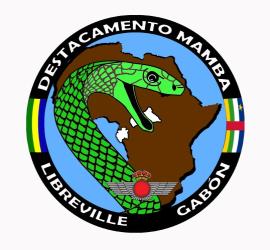 The mission was set in motion in February 2014 with the deployment of a transport plane and its crew of 50 soldiers.

The contribution was divided into two phases: the first, supporting deployment of French forces from France to the Central African Republic, and the second, in which they are currently participating, contributing to regional transport of the operation within Africa.

The Mamba detachment is usually equipped with a C-295 plane (T.21) and is based in Libreville (Gabon).

With flight operations that often reach ten hours a day, both the initially deployed C-130 ´Hercules´ (T.10) and the C-295 (T.21) that replaced it, carried out missions over a large area extending from the Sahel to Bangui, often operating in unprepared camps.

Deployment of the aerial detachment was approved by the Council of Ministers on 13th December and ratified six days later by the Spanish Congress.

Violence in the Central African Republic was triggered by Djotodia´s coup d’état in March 2013. The population was forced to flee the “Seleka” and “Anti-Balaka” massacres and ethnic cleansings, accounting for more than 650,000 displaced persons. In addition, almost 300,000 people fled to foreign countries.

With authorisation from the United Nations, France deployed 2000 troops in Operation Sangaris to strengthen the 6000 already sent by the African Union (International Support Mission to the Central African Republic or MISCA).

·        March 24. Mamba detachment ends its activity from this location. The mission is now carried out from Marfil Detachment in Senegal.

·         December 13. Mamba detachment reached 6,000 flight hours supporting French operations Sangaris and Barkhane. A total of 23 rotations of the Detachment have been based in the African country.

·         July 17. The 22nd contingent, under the command of Lieutenant Colonel Carlos Herráiz Linare,s took over Mamba Detachment. During this rotation, the T.21 deployed in Libreville completed 5000 flight hours.

·          April 17. 21st contingent, under command of the Lieutenant Colonel Javier Martínez Rodríguez, has taken over the Mamba Detachment.

·         December.  Participation in the mission is extended till December 2018. The current level of 50 troops is maintained.

·         March 17. Mamba detachment begins its deployment at the base of Libreville (Gabon) in support to French forces on the mission in RCA (Republic of Central Africa). It is completed on March 22.