A Spanish officer from the Advisory Task Force (ATF) of the European Union Training Mission in Mali (EUTM Mali) gave some lectures to the 32 students (captains and commanders) of the preparatory course for the Mali General Staff Course at the Directorate of Military Schools (DEM) of the General Staff (EMGA), in Bamako.

This course prepares future General Staff Officers to take the entrance exam prior to the course.  The aim of the conferences, entitled "International Organisations: the Sahel, a case study", was to provide a general overview of international organisations, covering the origins of the UN, the EU and NATO, their mission, organisation and evolution. The involvement of both the UN and the EU in the Sahel, through their different instruments, was also explained.

The Directorate of Military Schools (DEM) is the body of the Malian Armed Forces, under the command of a general officer, responsible for the direction and planning of military education. The  academies and training centres for officers and non-commissioned officers are under his command. 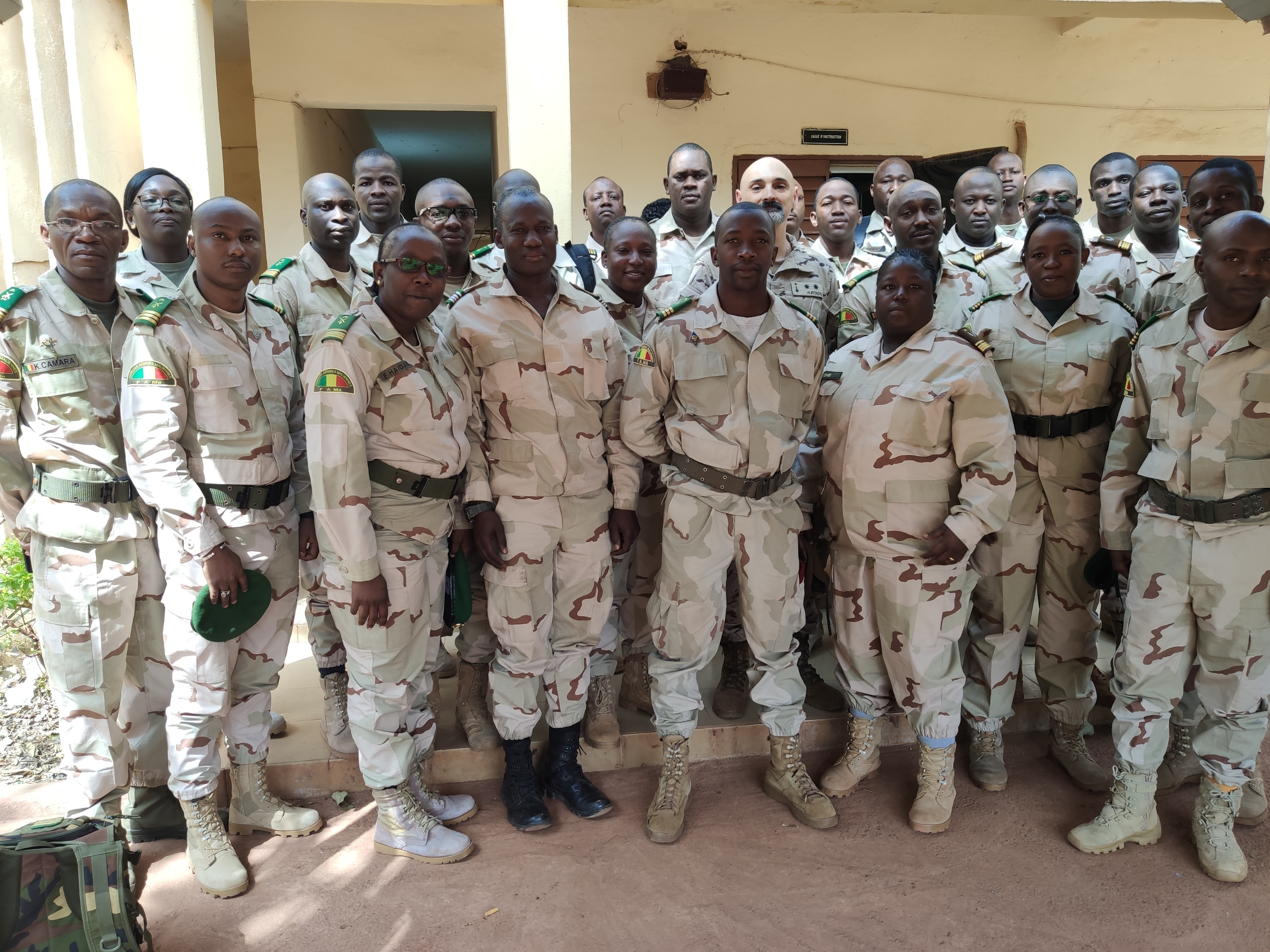