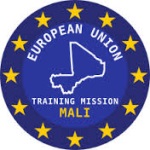 On 1st April 2013, Spanish forces were deployed for the EUTM-Mali operation.

That first mandate from the European Union came to an end in May 2014, marking the beginning of a second mandate that lasted for two years until May 2016. That same month, a third mandate began, also two years long, which created a new contingent with new positions and capabilities. During the third mandate, both centralised and decentralised strategic advice, teaching activities and training were carried out.

On 31st January 2018, Spain assumed command of the EUTM-Mali operation until November. 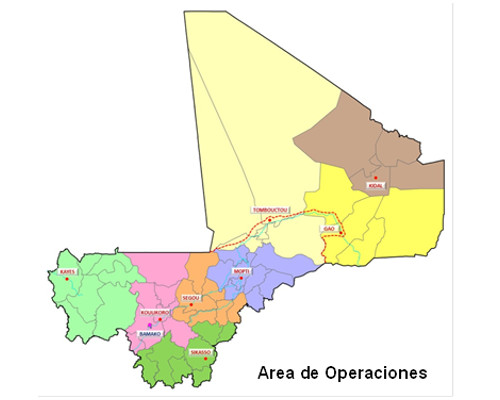 EUTM-Mali was launched under the framework of two resolutions from the UN Security Council. On 17th January 2013, the European Union Council agreed to the decision that approved EUTM-Mali, which was launched on 18th February by the EU's ministers for Foreign Affairs.

Spanish participation, with a maximum of 50 soldiers, was authorised on 30th January by the plenary session of the Congress of Deputies. An increase of the contingent up to 110, as well as necessary support elements, were authorised on 18th June by the Chamber Defence Commission.

On 24th January 2018, the Congress approved an increase of troops up to a maximum of 292, with the aim of assuming control of the mission.

Mali was suffering a political, humanitarian and security crisis, a consequence of the events that took place in the north of the country since the beginning of 2012: a Tuareg rebellion, followed by a military coup d’état and the arrival of jihadi terrorists. They made the country a centre of instability and a serious threat to the whole Sahel region and to Europe.

Before the seriousness of the crisis, the interim President of Mali, Dioncounda Traoré sent official requests for support to the Security General of the UN, to the Economic Community of West African States and to the EU, including a request for help in restructuring and training the Army in the final petition.

·         May 27. The 7th Brigade “Galicia” is replaced in its mission by the 16th Infantry Brigade “Canarias XVI” BRICAN, and by soldiers from the Marines (TEAR). Soldiers from the Czech Land Forces also joint the contingent.

·         November 12. Brigadier General of the Spanish Army, Enrique Millán Martínez, hands over the command of the mission to the German General Peter Mirow.

·         January 31. Brigadier General of the Spanish Army Enrique Millán Martínez takes over the command of the mission from the Belgian General Bart Lauren.

·         December 28. On the occasion of taking command of the operation, the Council of Ministers requests the authorisation from Congress of Deputies to increase the number of troops up to 292.

·         April. A military training centre goes into operation in Koulikoro.

·         March. Advice is provided on improving the chain of command and control, as well as logistics and human resource management.