The frigate 'Victoria' receives on board leaders of the Somaliland region

·         The European Union representative in Somalia also visited the vessel

During an anti-piracy patrol along the coast of the Horn of Africa, the frigate 'Victoria' received on board a group of leaders from the Somaliland region, led by the vice president, Abdirahman Abdillahi Ismail Saylici, as well as the European Union (EU) representative in Somalia, Nicolas Berlanga.

The visit on board took place after the signing ceremony of the "Berbera Urban Development Project Launch", an EU-funded project aimed at contributing to the stabilization of the Somali region through urban and economic development in the town of Berbera, and was attended by both the EU representative and the EUNAVFOR Somalia Operation Commander, the Portuguese Commodore Vizinha Mirones. This type of meeting is a key opportunity to increase the knowledge of the situation and the pattern of life on the coast, and reinforces cooperation and mutual trust between EUNAVFOR units and local population.

In order to carry out the meetings near Berbera, the frigate 'Victoria', the flagship of Operation Atalanta, embarked a helicopter and an operational team belonging to the French Forces in Djibouti. The SH-60B organic helicopter embarked on the 'Victoria' and the P3M maritime patrol aircraft of the Air Force's Orion Detachment deployed in Djibouti also took part. This complex operation, with naval and air means from France and Spain, under the command of the EUNAVFOR General Staff led by Portugal, is a good example of the unity of efforts that EU operations represent, and show the good coordination existing between the military personnel of these countries.

The 'Victoria', integrated in Operation Atalanta since November 5, faces the final stretch of its fourth deployment in the European Union mission, which has the objective of preventing piracy, protecting World Food Programme vessels and other vulnerable traffic, supervising fishing activities in the Somalia basin and contributing to the improvement of maritime security in the Indian Ocean.

The second of the six frigates that make up the 41st Escort Squadron, is the seventh ship in the history of the Navy to take the historic name of 'Victoria' in honour of the ship that, captained by Juan Sebastián de Elcano, completed the first round-the-world trip between 1519 and 1522. 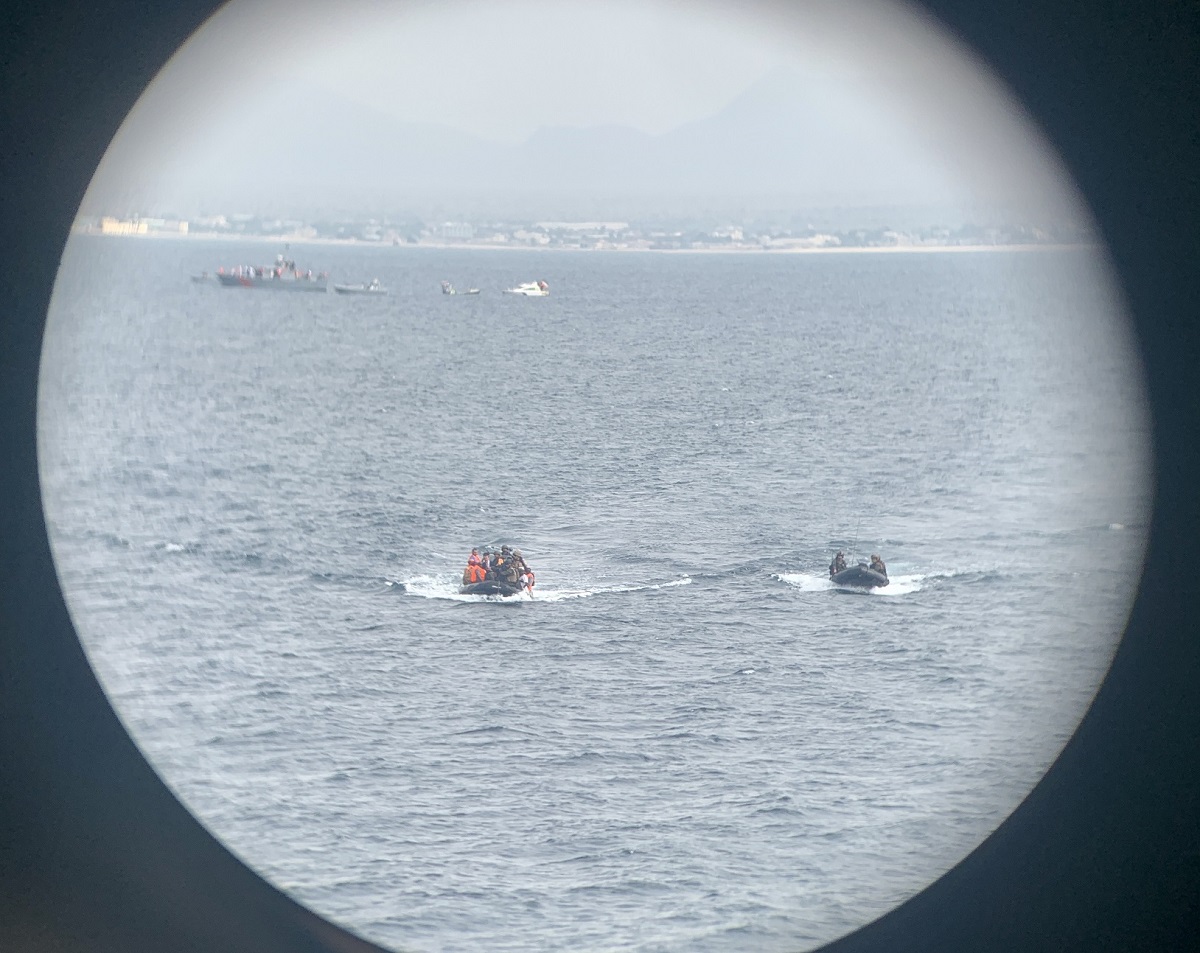 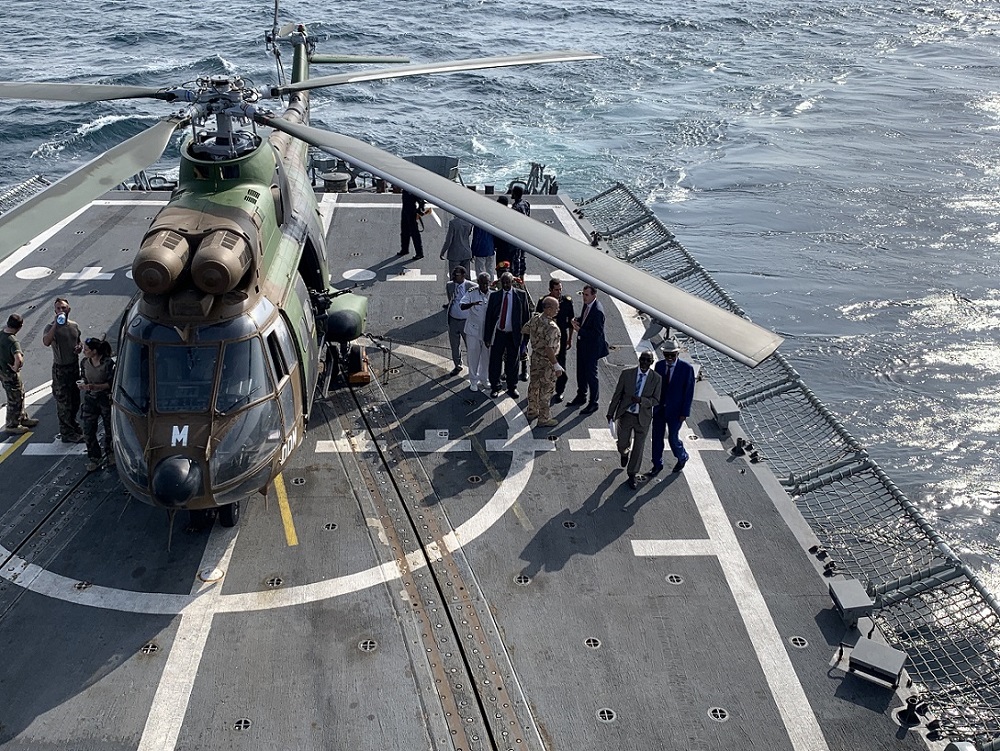 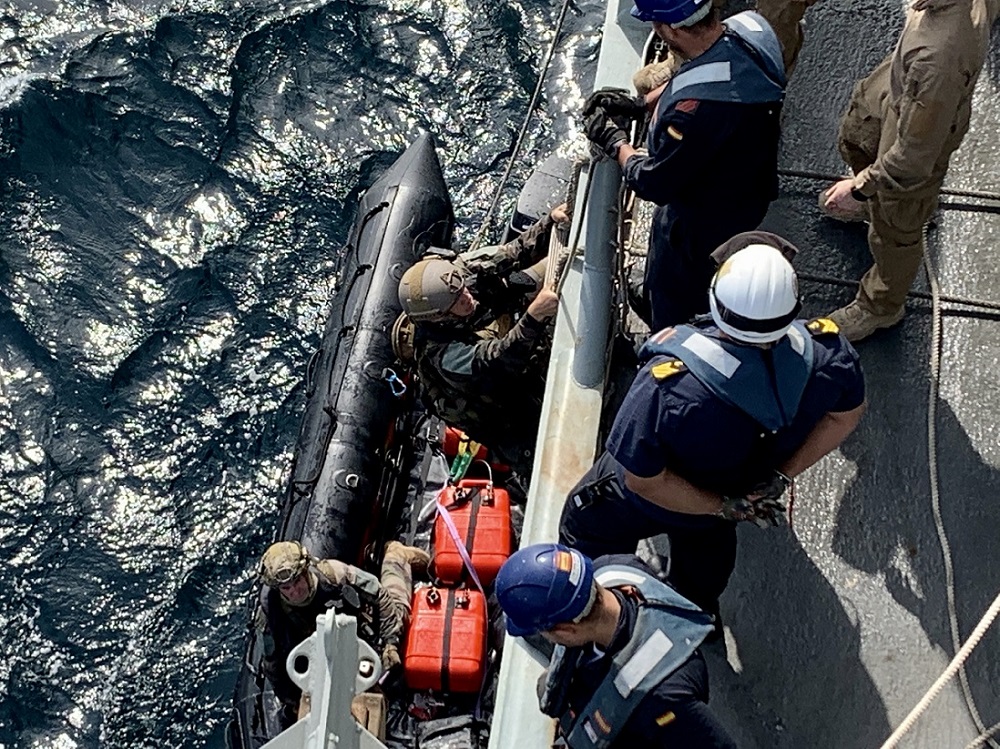