The operational structure is the organization stablished for the development of the joint and combined action and prepared for using the force in operations, in accordance with the Spanish Armed Forces missions, and all subject to the provisions of the Organic Bill 5/2005, articles 11,15 and 16.

The operational structure of the Armed Forces is organized as a chain of military authorities on a three level basis:

To fulfil his duties, the Chief of Defence (JEMAD in Spanish), counts on the Defence Staff, known as EMAD in Spanish, which is composed of: 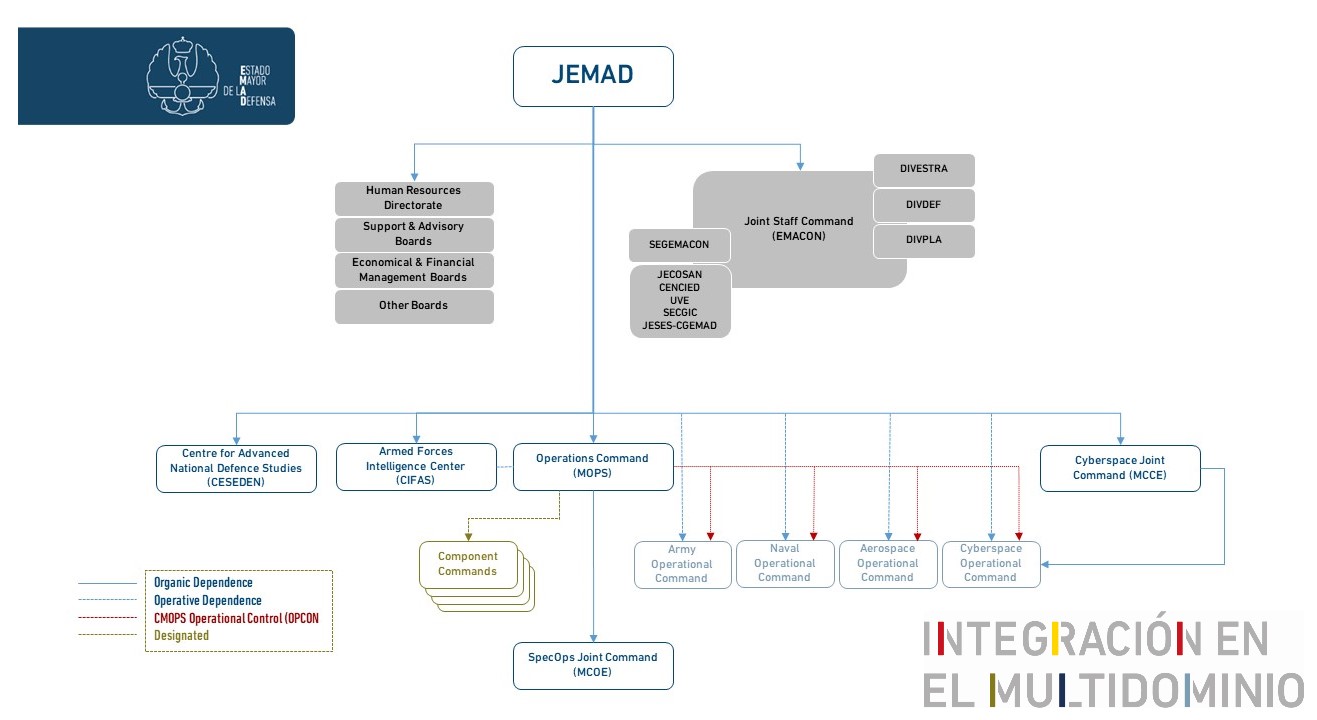 The figure of the Chief of Defence (JEMAD in Spanish), was created in 1980.

The background of joint forces, as the main reason for strengthening the figure of CHOD, can be found at the early beginning of the 20th century, when,  Army and Navy forces disembarked at Alhucemas, an operation under the command of the High Commissioner in Morocco.

In 1939, the High Staff Command (HSC) was established, creating the unity of command, the arrangement of the chain of command and high military studies schools. Also, the Joint Staff (EMACON) with the aim of carrying out the study of joint doctrine and the training of senior officers and joint general staff.

The formalisation of the Joint Chiefs of Staff and EMACON as its working body led to the abolition of the HSC and later, in 1980, to the creation of the figure of JEMAD.